A flying visit to Kampala

On Monday I had to travel down to Kampala to attend some meetings and conduct some interviews. The European Commission's Humanitarian Office (ECHO) put on one flight a week for aid agencies delivering projects with ECHO funding. My agency has two different ECHO grants, so it's an excellent resource for us as it really saves on the travel bills! It was a nice little Dash 8, that first flew for about 20 odd minutes to Adjumani, picked up a couple more passengers, and then down to Kampala in an hour and a half or so. 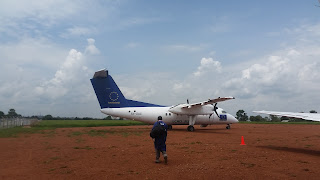 I had a nice few days in Kampala - ate all the good food I needed (sushi, Lebanese, pizza) and had some really productive time with colleagues. On Thursday morning it was time to fly back, this time with Eagle Air. I was up at 4:30am to get to the airport, and when I saw the plane....well, it was very small. It was a Beechcraft 1900, and you have to double over to walk through the cabin. 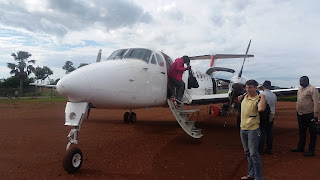 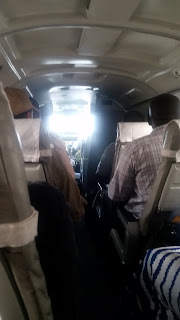 When we landed back in Arua, the airstrip was heaving with tiny children, all on excursions to see the planes. They were all marching together and chanting their songs, and it was just adorable.

So far my first three weeks in my new home have been pretty hectic...to say the least! (I just had to change the title and first sentence from 2 to 3, as I started this post a week ago!) I've managed to get out to the settlements three times, so I'm starting to get an idea of what our work looks like in practice.

At the moment I'm drowning in budget revisions, financial and narrative reports for external donors, monthly reports for internal audiences (back to writing shitreps!), and a host of other stuff that is exactly as much fun as it sounds.

But yesterday I had a great day in the field. We were delayed by these two trucks who were both stuck in the mud, completely blocking the road. Luckily there was a side road (on the left side of the photo) which we could sneak past - I took this photo once we were past them, as we were then stuck waiting for a bus to decide whether it could get safely down off the side road (which wasn't as steep as it is in the picture). 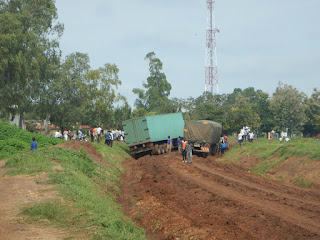 We have rented an ambulance (you can do that here) for a while to help out an over burdened health centre, and yesterday we had a handover ceremony (not much of a ceremony - there were a few of us sitting under a tree, speeches were made, hands were clapped). Hopefully it makes a difference for the complicated cases that require referral to larger health clinics; the health centre staff were really thrilled. The midwives told me that last year they delivered 1022 babies last year, and this type of health centre isn't supposed to do deliveries at all! 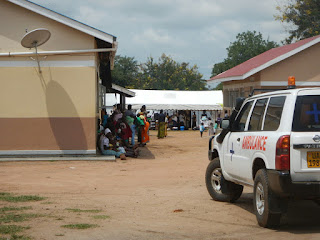 We then went and spoke to a group of women who had arrived from South Sudan last year. We had helped them form a 'women's group', which now has a savings and loans system, and are identifying enterprises that could help them earn an income. We sat in the church that the village had built, mud bricks and a thatched roof, which was lovely and cool, and were often interrupted by loud cows outside. We had also constructed a couple of houses last year for PSNs (People with Special Needs), so it was interesting for me to see what the design had been last year. The storm clouds were closing in, so I couldn't have a good look around, as we definitely didn't want to be caught in the rain. It has been bucketing down of late. 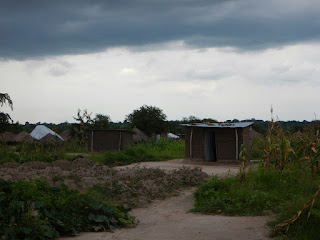 Today I'm back in the office, back to writing reports, checking budgets, writing recruitment test questions as we still don't have all the staff we need. It's mentally tiring (especially after not using my brain much the past 3 months!) but I'm really learning a lot.

I've been really lucky to already have a few visitors. The friend (from Australia) who had actually sent me the job description for this job turned up for a night doing an evaluation, bringing Tim Tmas and floss with her (I'd requested the floss, the Tim Tams were a lovely surprise). And two old friends who I've worked with a number of times in a number of places are based in Yumbe, a good hour's drive from here, made the trek on Sunday just to have lunch with me, which was wonderful.

It's a challenging thing to be the manager and the only expat in the team - as there's no-one that I can vent to, our share some of the problems I'm having with. Of course there are friends elsewhere who I can message to debrief with, but it's an isolating thing that I've not really experienced before. But anyways, I'll survive!!
Posted by Carly at 11:19 PM No comments: