Right, so I'm pretty much the worst blogger huh. It's been a big year for Carly. I was talking to a friend the other day about the paradox of how while it's crazy that this year is over already, I do feel like I've lived 3 lives in this year. So let me reflect on the three years of 2015 in my world - this is a super long post, and I haven't re-read it, so please excuse any grammatical errors...

Three months in Sierra Leone. You can just scroll down to the next couple of posts to read about that, because that was the last time I wrote. Whoops. It took quite a while to process all that had happened in Sierra Leone, but I'm so glad I went. After I finished up there, I headed to Oxford for a night to catch up with some old friends, and then jumped on a train to Shrewsbury, in Shropshire (you have to click on that link, trust me) to visit my dear friend Jane. 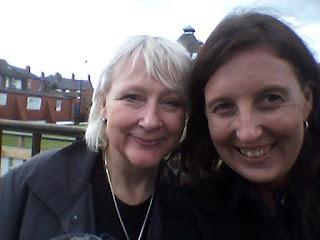 As luck would have it, Jane was heading to Ebolaland herself so we only had a few days together and it was lovely getting to know her part of the world, right on the river Severn. 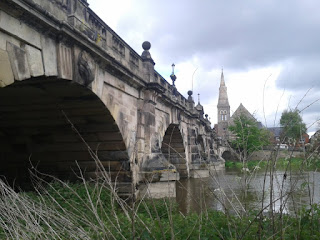 After Jane was confident that I'd found my bearings (and because she had flights booked) she left me to house and cat sit and take over her life for a week which was brilliant! I had a lot of fun hanging out with Bob, who's a very clever cat: 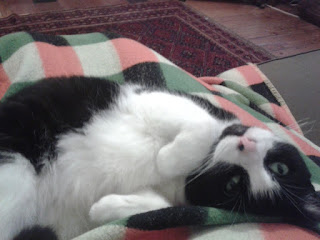 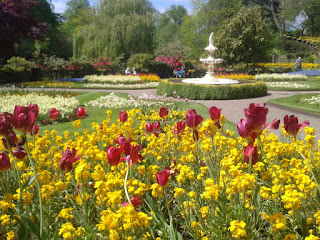 And Jane had organised her lovely friends to take me to a ukulele group (I'd never really played before, but it's very easy to pick up), and out to the pub which was incredibly nice. I really had a fantastic time and Shrewsbury is such a charming place to visit. I highly recommend it.

I stopped off in Oxford again for a couple of nights and then made the long journey home to start Year Two...

Early in the year my uncle Peter passed away. Peter had lived in Williamstown in Melbourne, for the last 40 years, and it was decided that I was in the best position to execute his Will and finalise his estate. It was a big job, to say the least. After spending 40 years in the same house there was understandably a lot to sort through, and it was a sad, and interesting way to get to know my uncle a lot better.

Williamstown is a wonderful place to live, it's like a little village, just across the bay from Melbourne City. I really enjoyed being so close to the water, and going for walks along the waterfront. What I didn't enjoy was the coldest winter in 20+ years...that was incredibly difficult coming from West Africa! 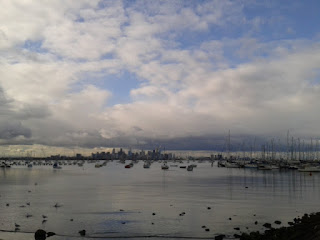 After spending a month getting rid of a lot of stuff I was able to put the house on the market, and in just a few days... 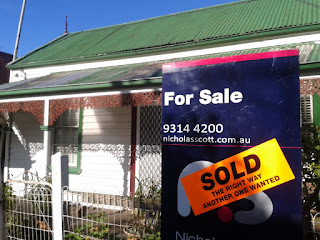 this lovely 150 year old house, which was once the Flagmaster's Cottage, was sold to a nice family who will turn it into something wonderful. It was a huge weight off my shoulders to get it sold, though it took another few months living there, to find new homes for Peter's belongings. Executing a Will is not an easy task, and those months that make up Year Two of 2015 were quite stressful, but I'm proud of myself for getting everything sorted in the end.

I did take a little break from the Victorian winter, and escaped home to Queensland for a couple of weeks, and then, more excitingly, went to Papua New Guinea with Em to visit Jez! Yea!! 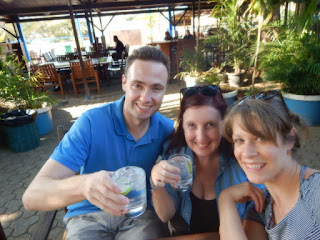 We spent a couple of days in Port Moresby, the capital, hanging out with Jez. There are a few touristy things to do there, like the Bomana War Cementary, which is beautifully maintained 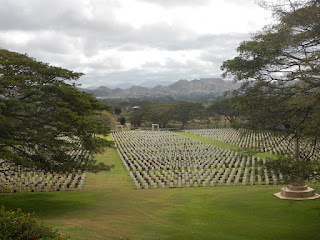 and the Port Moresby Nature Park, where we looked at cool wildlife like tree kangaroos (no CusCus though unfortunately) and cassowaries and took stupid photos like this 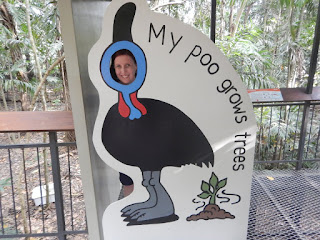 We temporarily said goodbye to Jez and headed for paradise, aka Tawali Resort. I'm understating it when I say paradise, it was truly some of the most beautiful scenery I've ever encountered. This was the view from our balcony 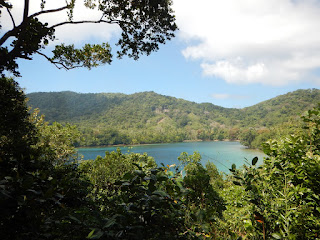 This is a pic of the house reef...as in, the reef that surrounds the hotel, that is right there in front of you all the time! 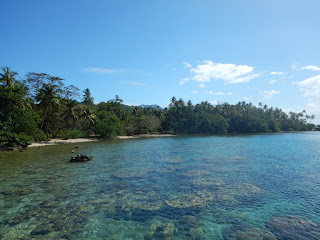 And now here are a number of photos I took with my awesome new camera while I was scuba diving and snorkelling... 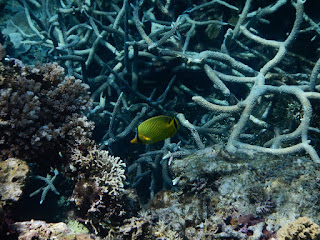 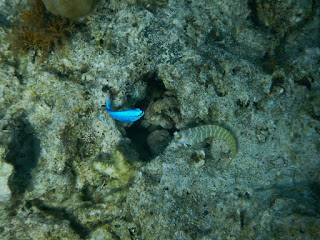 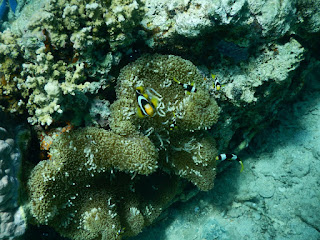 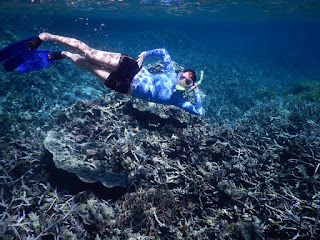 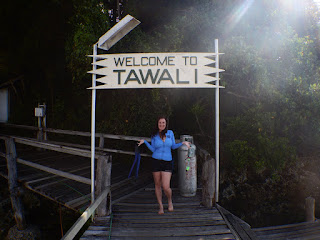 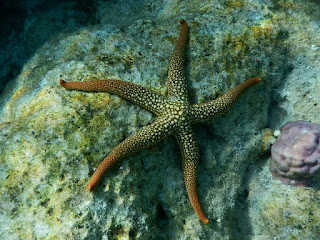 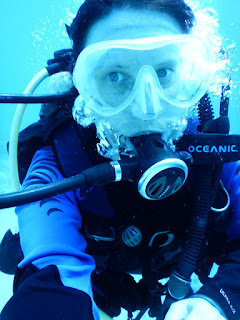 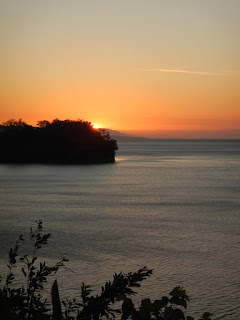 It was an incredible few days, and I highly recommend Tawali to anyone who likes being in paradise.

We had a couple of days back in Moresby with Jez and did more touristy things like visiting Parliament House, and the National Museum 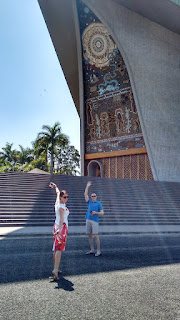 and on our last day, we convoyed up a mountain to the Koitaki Country Club, which was an hour or so out of Moresby, and completely different scenery. The roads were a little precarious, but the views were spectacular. 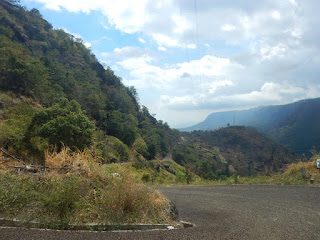 It was a wonderful holiday to distract me from the challenges of Year Two. I wouldn't say you should all rush out and book tickets to PNG right now, but it was definitely an experience.

Year Three began in September when I finally started the job I've been trying to get in Melbourne for about two years now. I'm working in an international NGO's head office in Melbourne in a humanitarian role. I will be doing some travelling, but so far the only trip I've done was up to Sydney for a day, and I've been really enjoying just establishing a routine and beginning to live a 'normal' life. I'm renting a room in one of the coolest suburbs in Melbourne, while I look for my own place to buy. What I've loved about Year Three of 2015 is that it's been relatively calm, both professionally and personally, which sets it apart from the rest of the year!

Having spent the last hour or more typing this up, I think I'm now ready to say goodbye to 2015. I'm really looking forward to more adventures in 2016, and hope you all have a safe and happy new year!
Posted by Carly at 12:54 PM No comments: