Wow, I've been incredibly slack. So slack, that my Dad removed this blog as one of his start-up tabs because there was never anything new on it! I was so lazy that I didn't even do my end of year  reflection. Oh well, it's a new year now and there's been some excitement.

I'd flown through Changi airport in Singapore so many times, but never left it, so having two friends now living there provided me with the perfect excuse for a sojourn. Singapore is really cool. I did loads of touristy things (and it's been a long time since I did that while holidaying alone!), like the Night Safari (where otters know how to recycle) 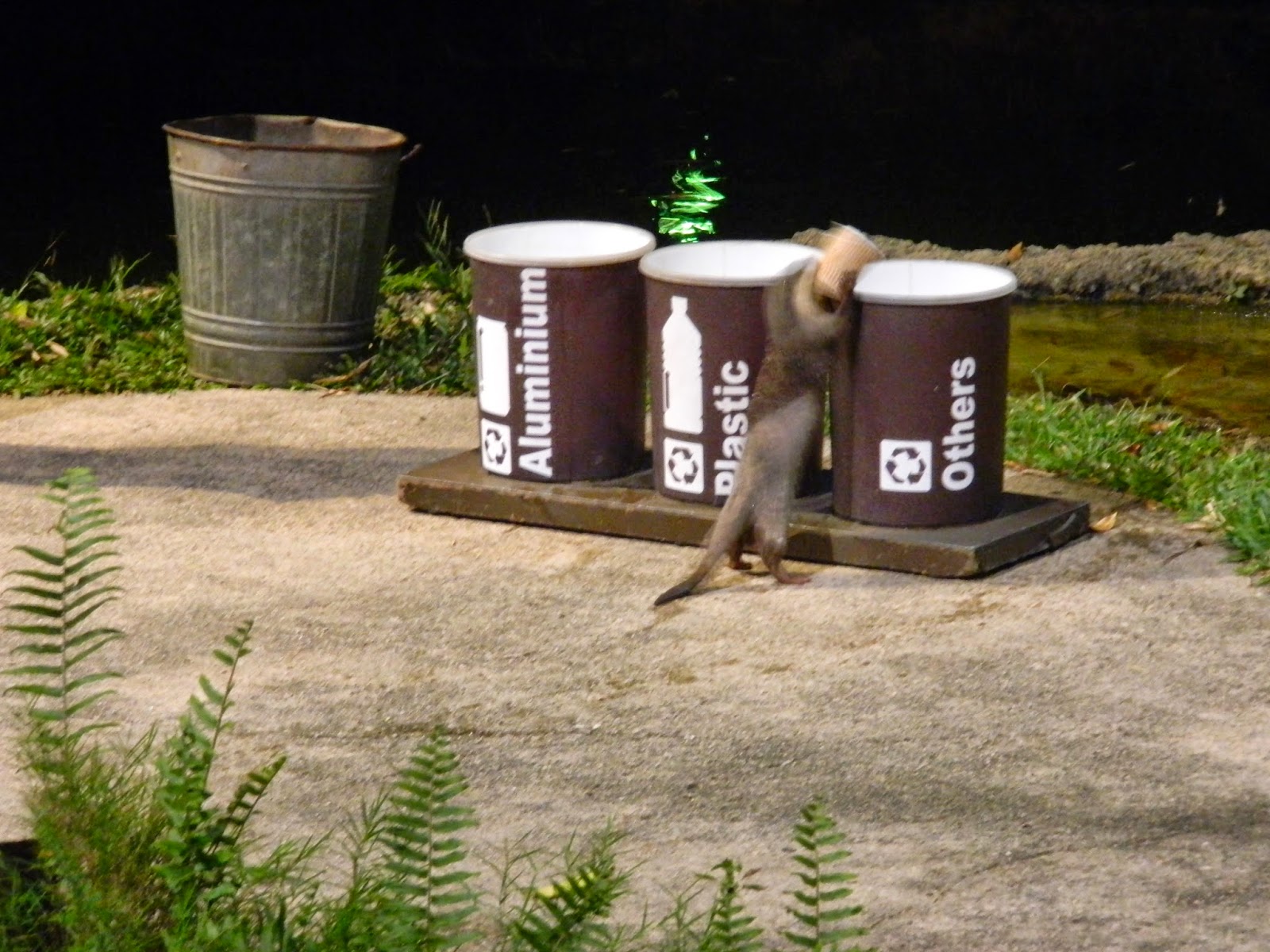 the Flower Dome at Gardens by the Bay, which had spectacular Chinese New Year arrangements 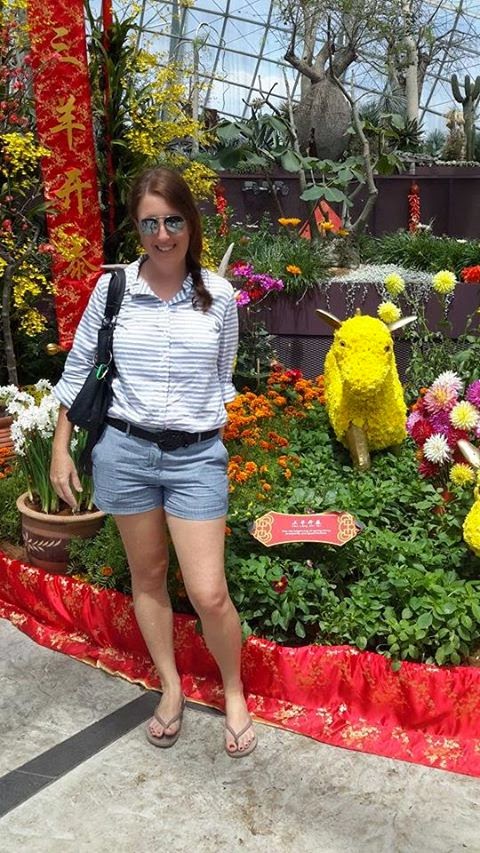 and a wander up on the Sky Bridge 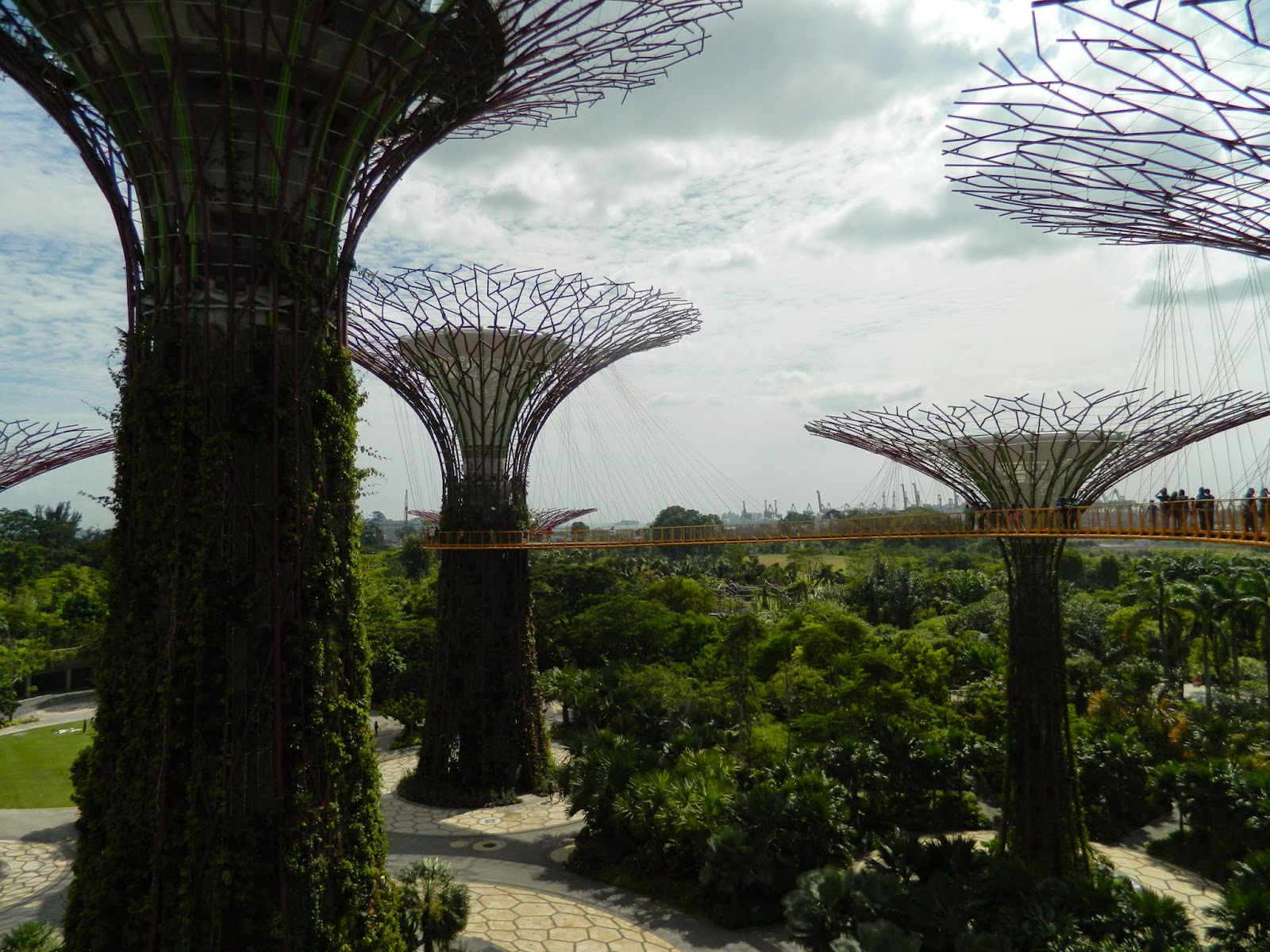 and how cool is this view - it really looks like something from the future! 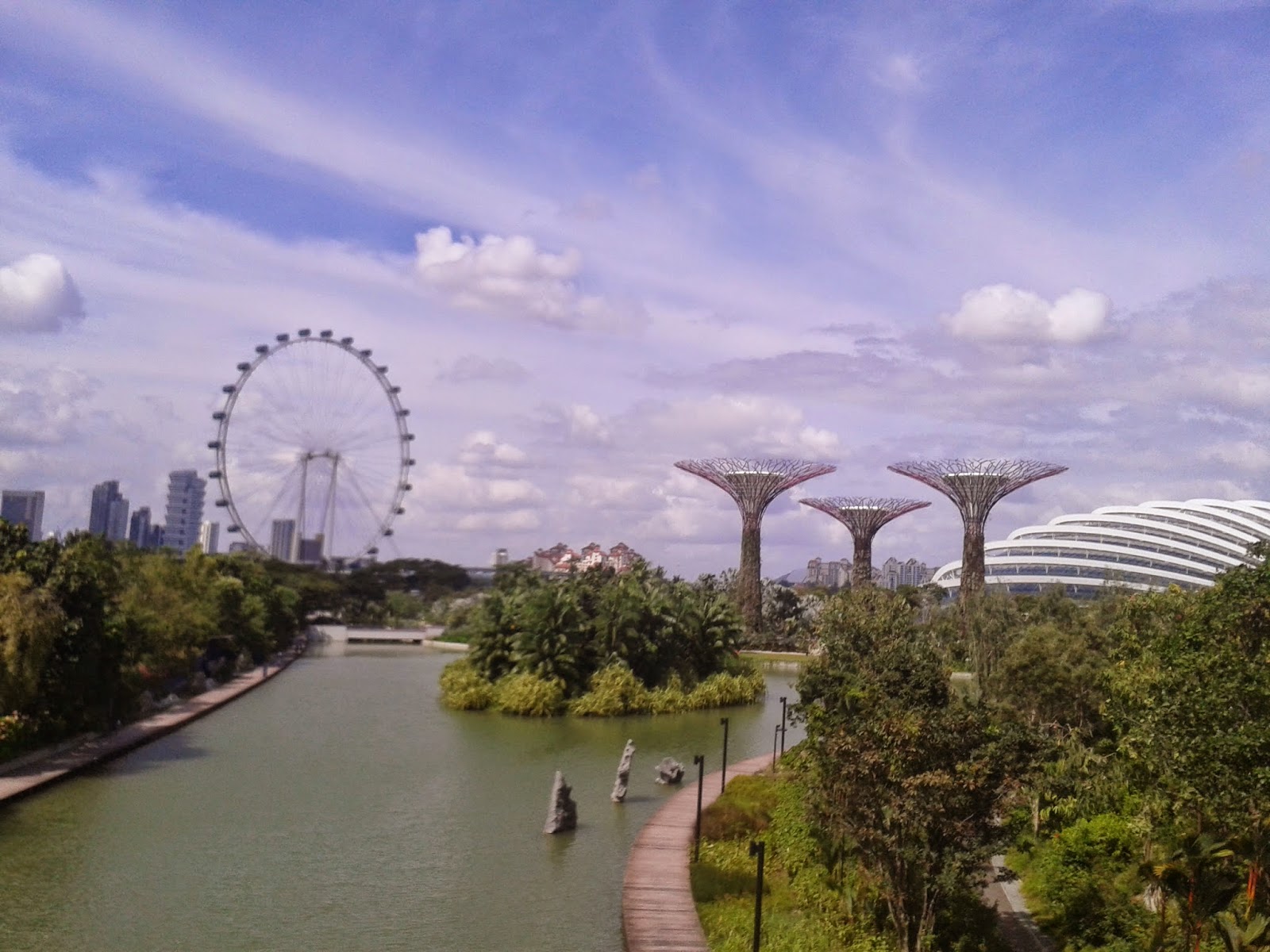 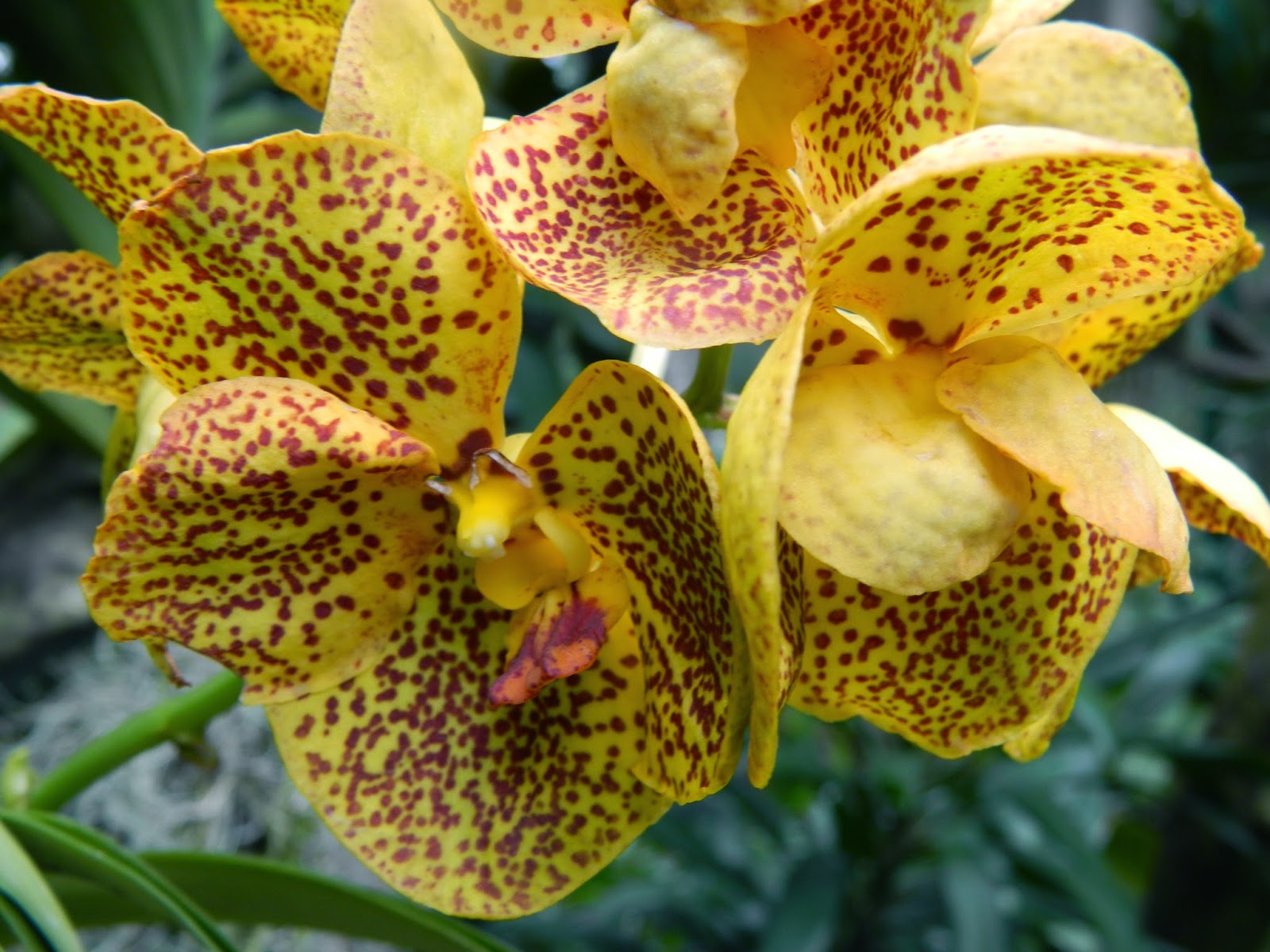 and I had a fab day at the Singapore Zoo (even if it was a bit rainy). 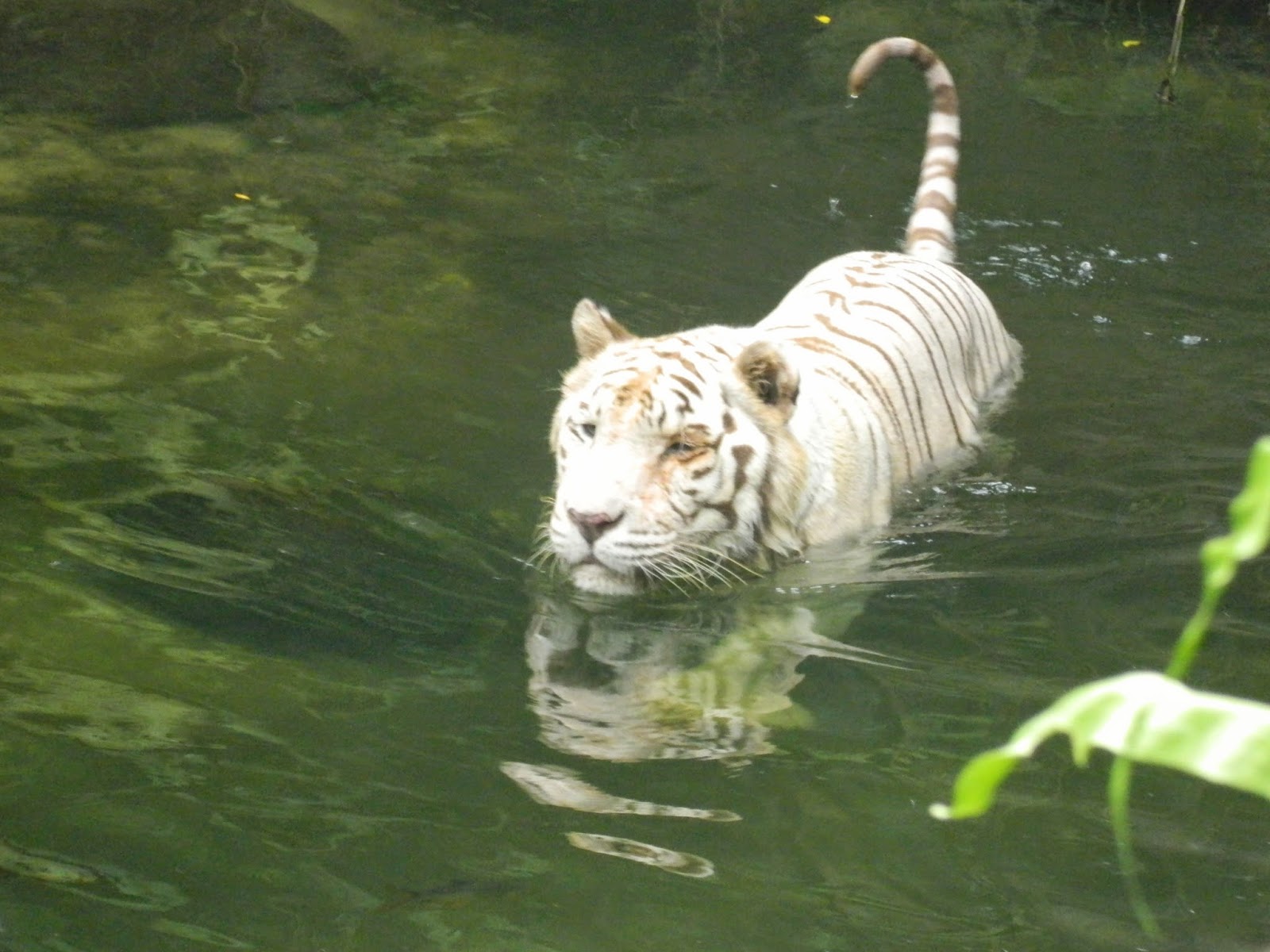 One of the weirdest places I've ever been in my whole life is Haw Par Villa. I encourage you to read the wikipedia article, but basically it was set up as a 'morality theme park' to remind families of the dangers of living without virtue. Soooooooo weird. There are many parables told in plaster, and some of them are quite graphic - this one was about a few boys who were out when a wolf came upon them. One of them ran away, leaving his friends to die. But one of them played dead so the wolf chased after the one who'd run away and ate him instead - a very complicated tale of being a good friend. 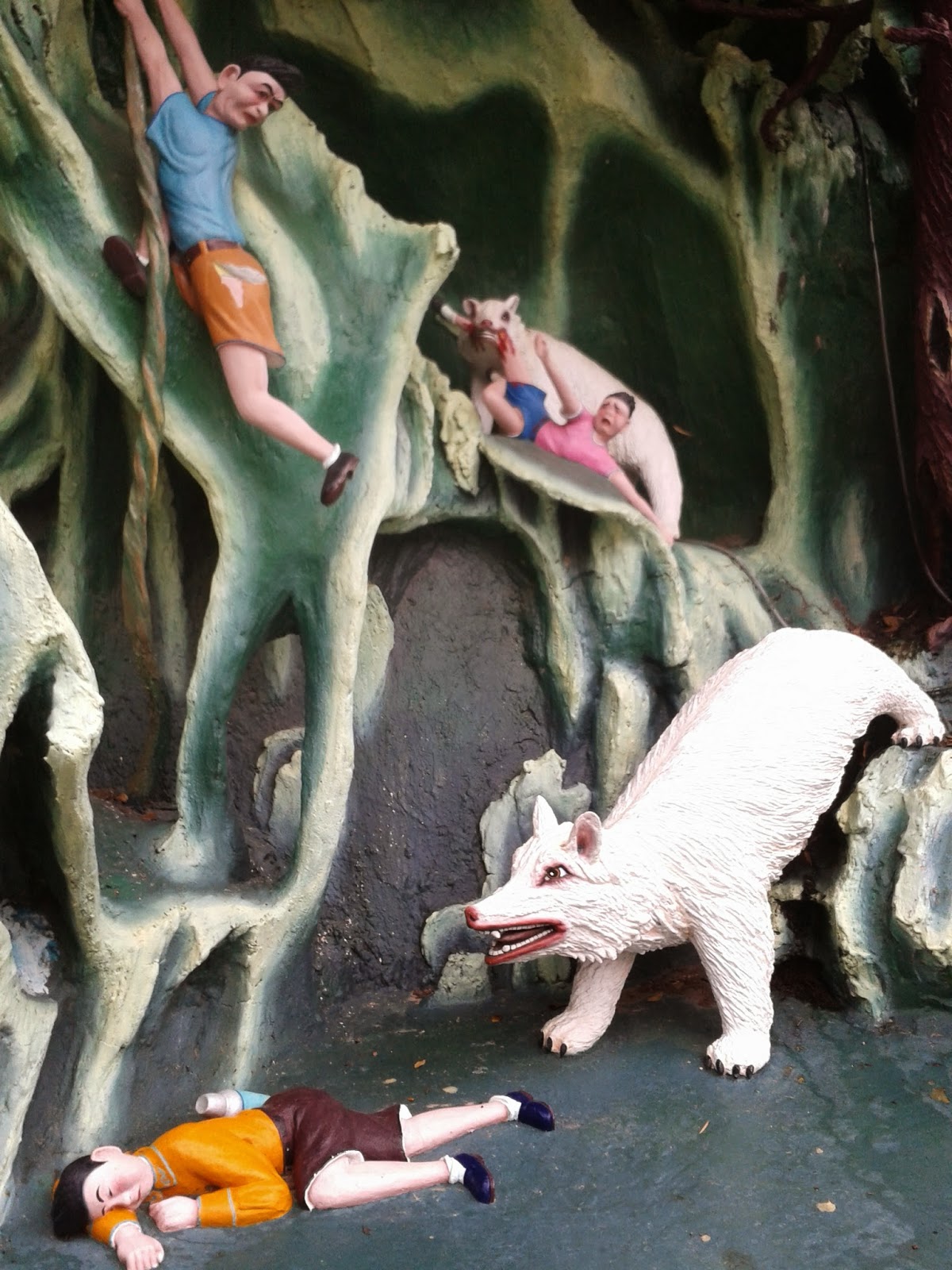 The piece de resistance of Haw Par Villa is the 10 Courts of Hell cave. These are incredibly graphic depictions of what happens to particular types of people when they die and go to hell, with punishments like "thrown into a tree of knives" for crimes like "cheating, abducting others, misuse of books, wasting food", and "tied to red hot copper pillar and grilled" for "escape from prison, urging people into crime and social unrest, disrespect to elders." It did seem like some of the crimes were a little less severe than others in their groups.... 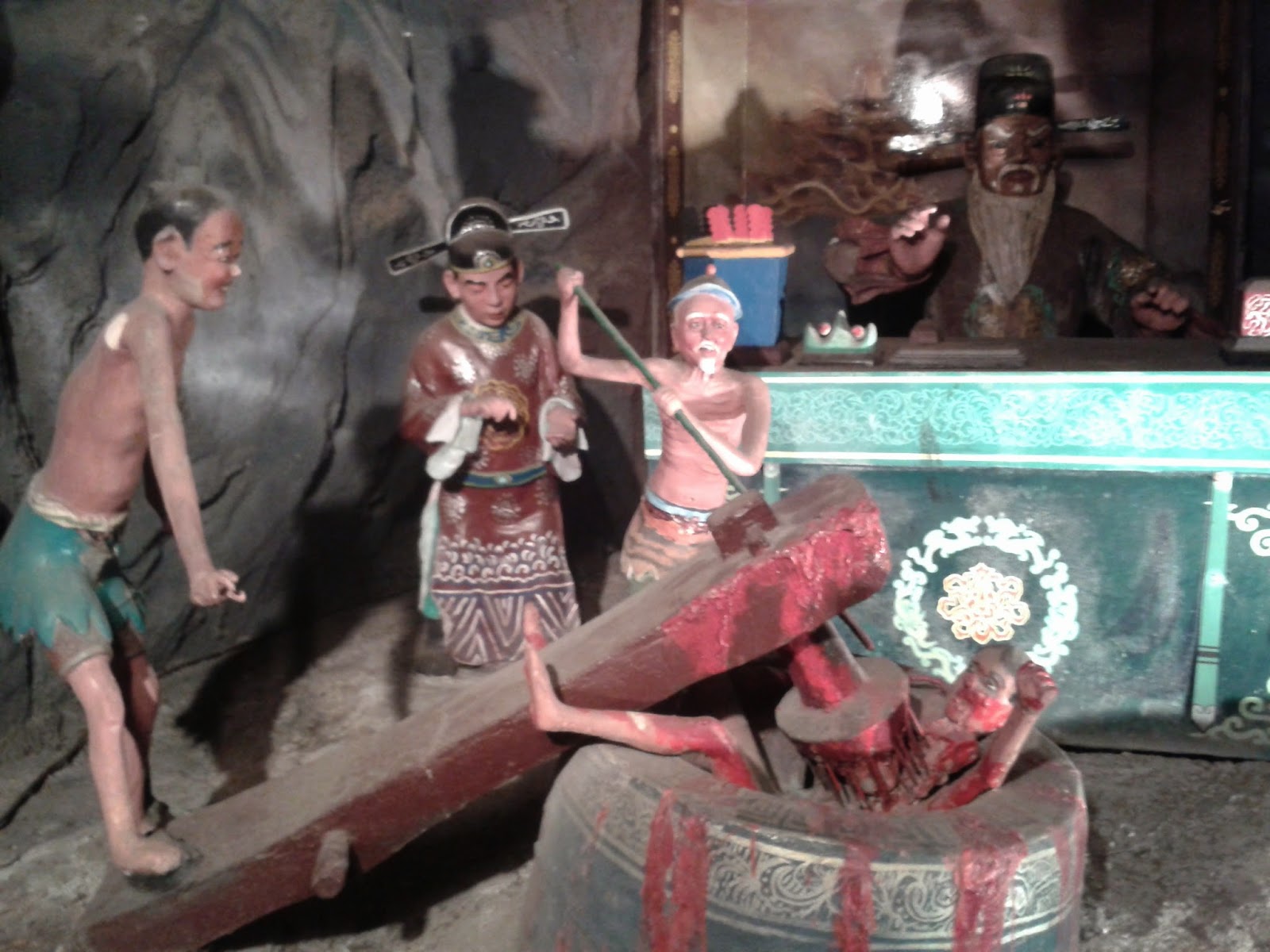 I also hiked up "Mount" Faber, which has a pretty impressive loo with a view at the cable car station 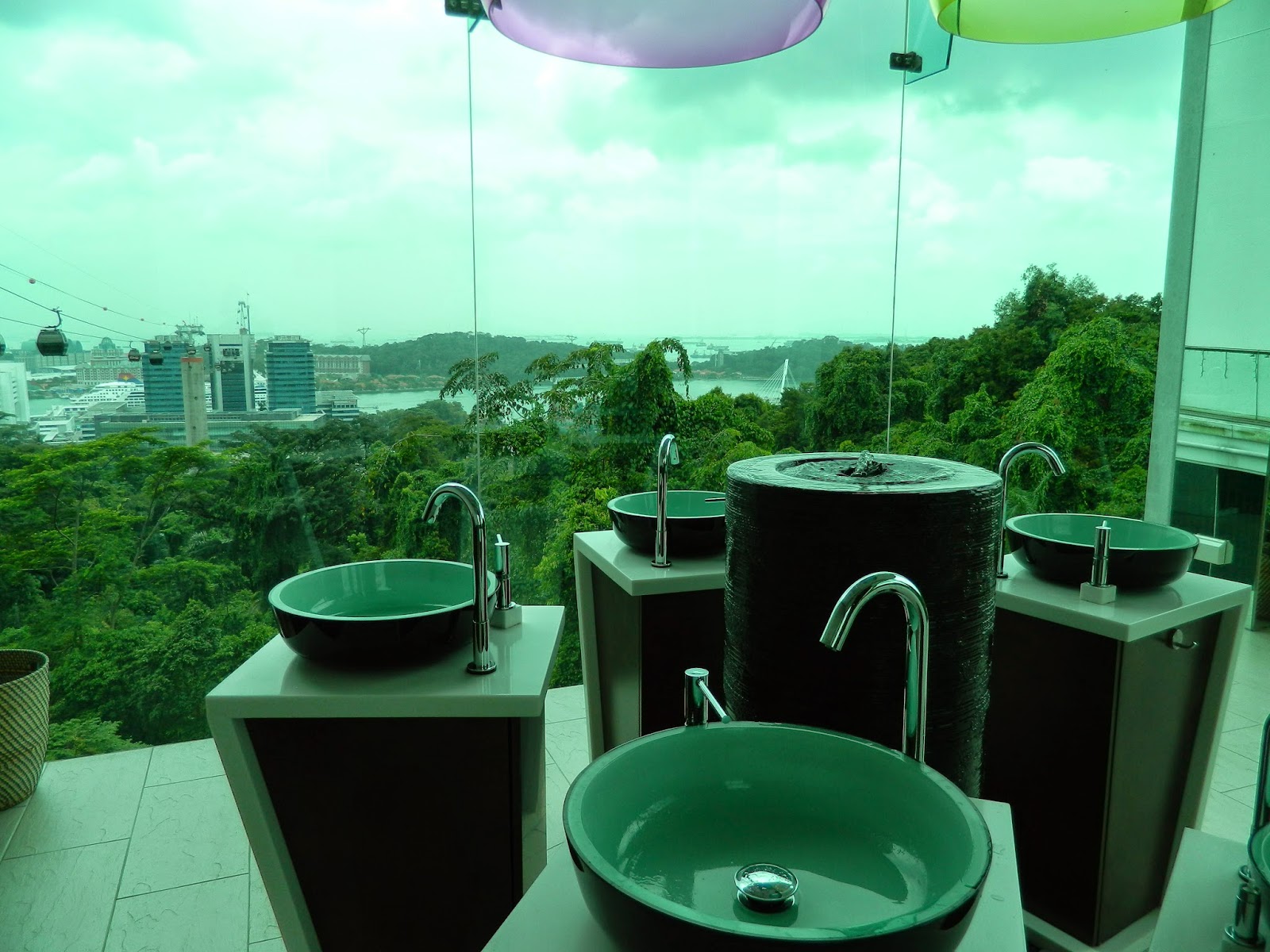 and then onto the Henderson Wave bridge at the Southern Ridges (I think that was the day I did over 21,000 steps!) 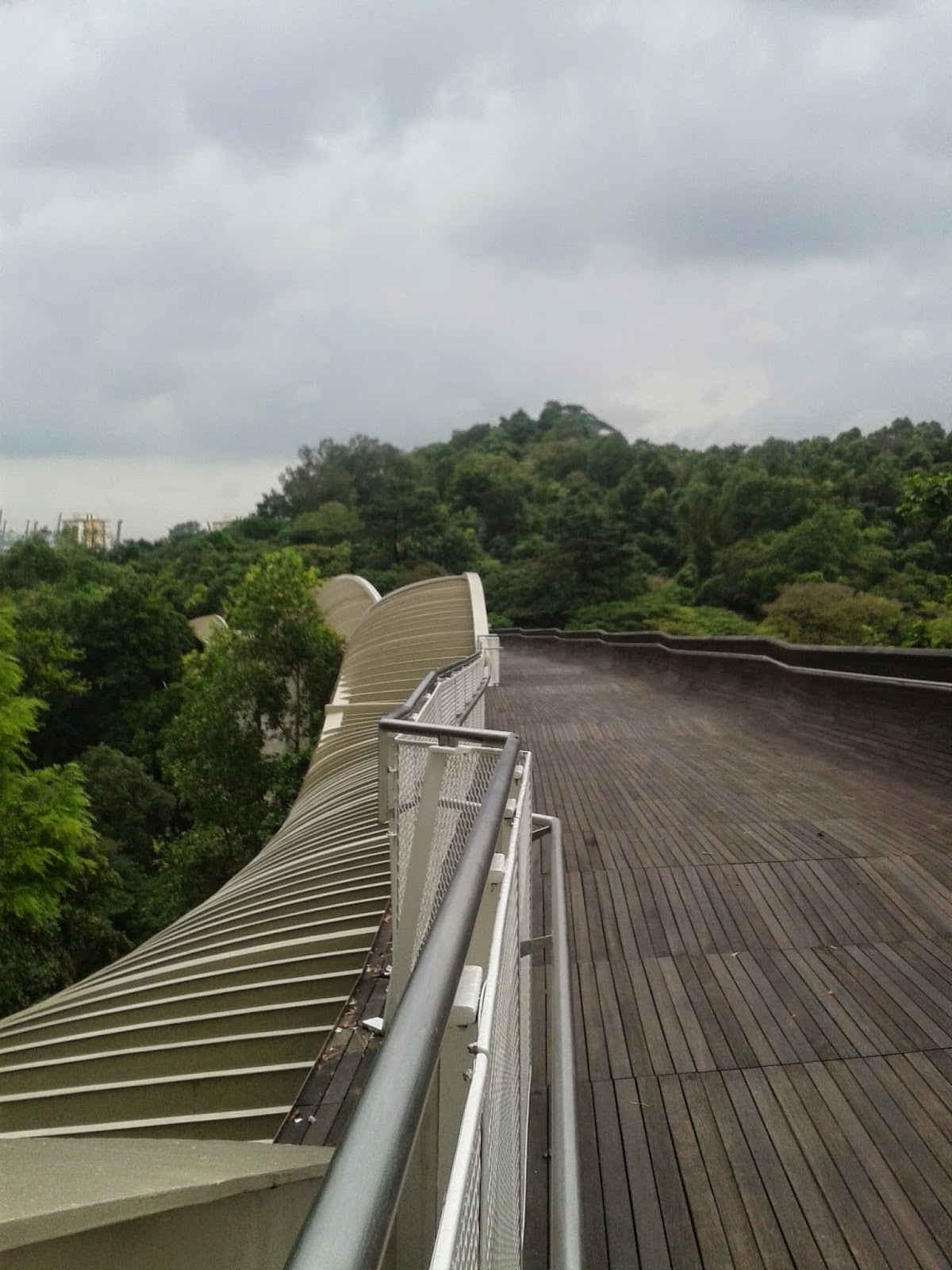 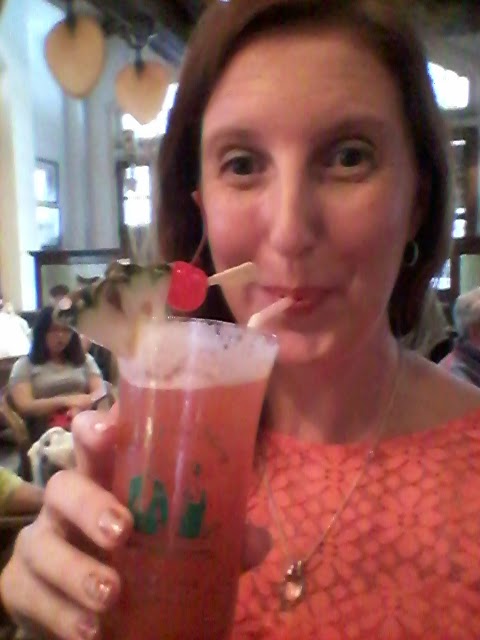 And on my last day, I enjoyed wandering down Haji Lane and peeking in all the little boutique shops, and meeting this guy 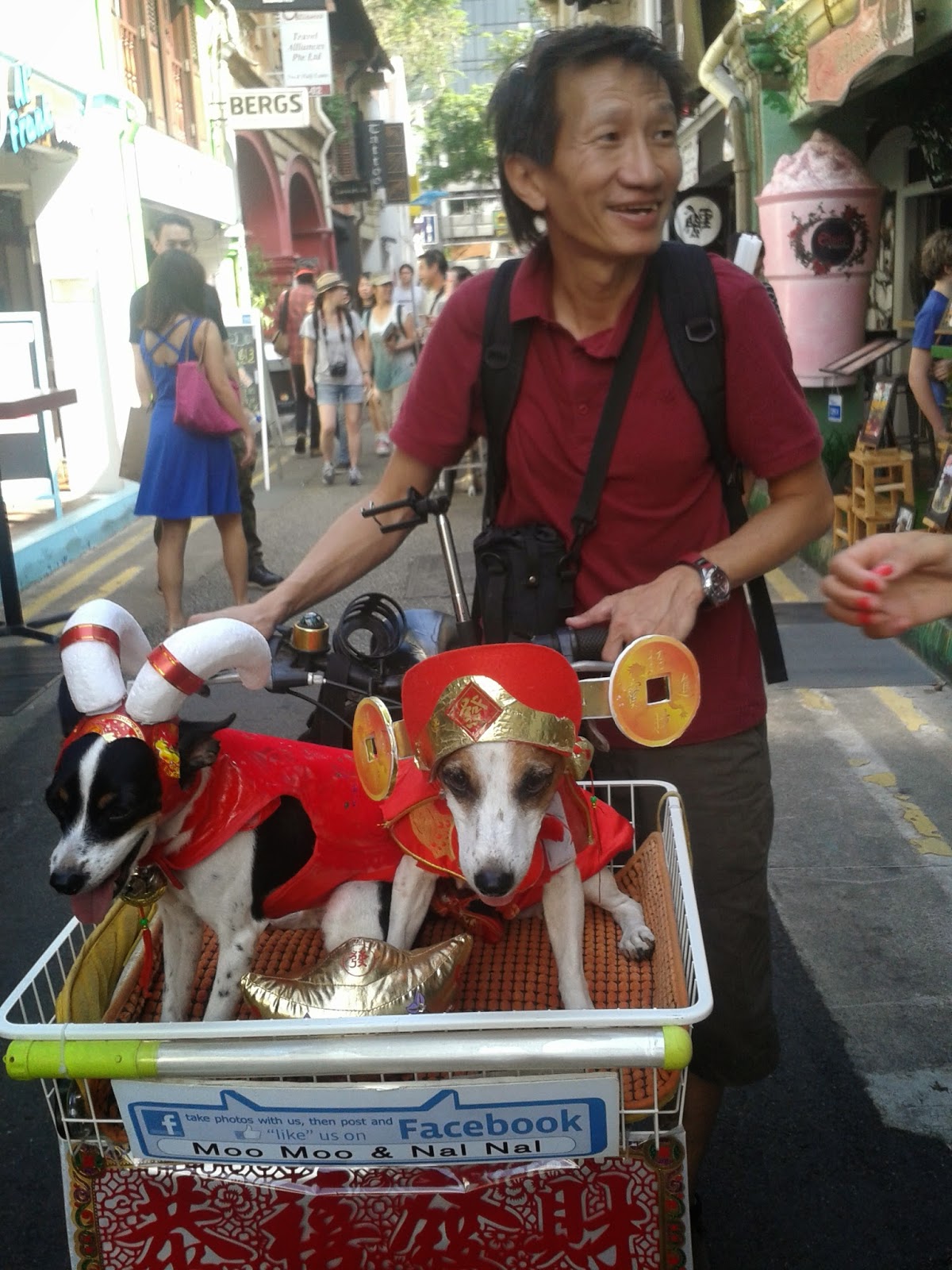 Throughout the whole trip I was entertained (and housed, and fed, and watered - and by watered, I mean kept in gin) by two lovely friends I know from different places, who happen to coincidentally not only now work together, but sit next to each other. So, sharing dual custody of me for half the time I was there, they each took me on some different adventures....like the batting cages (90 km/hr is my peak hitting speed) 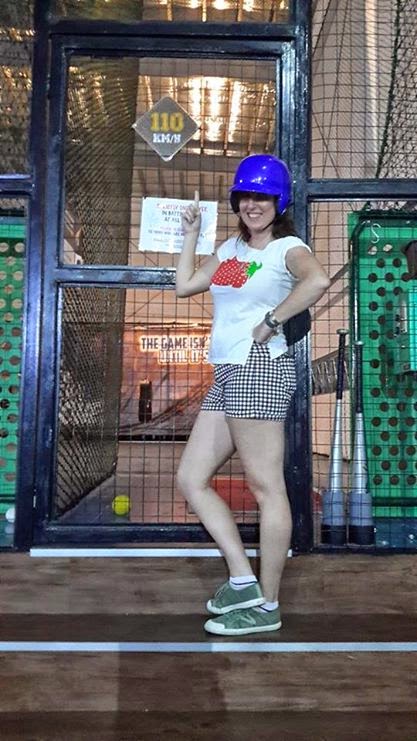 Lots of good food, not that I actually tried the below in Chinatown... 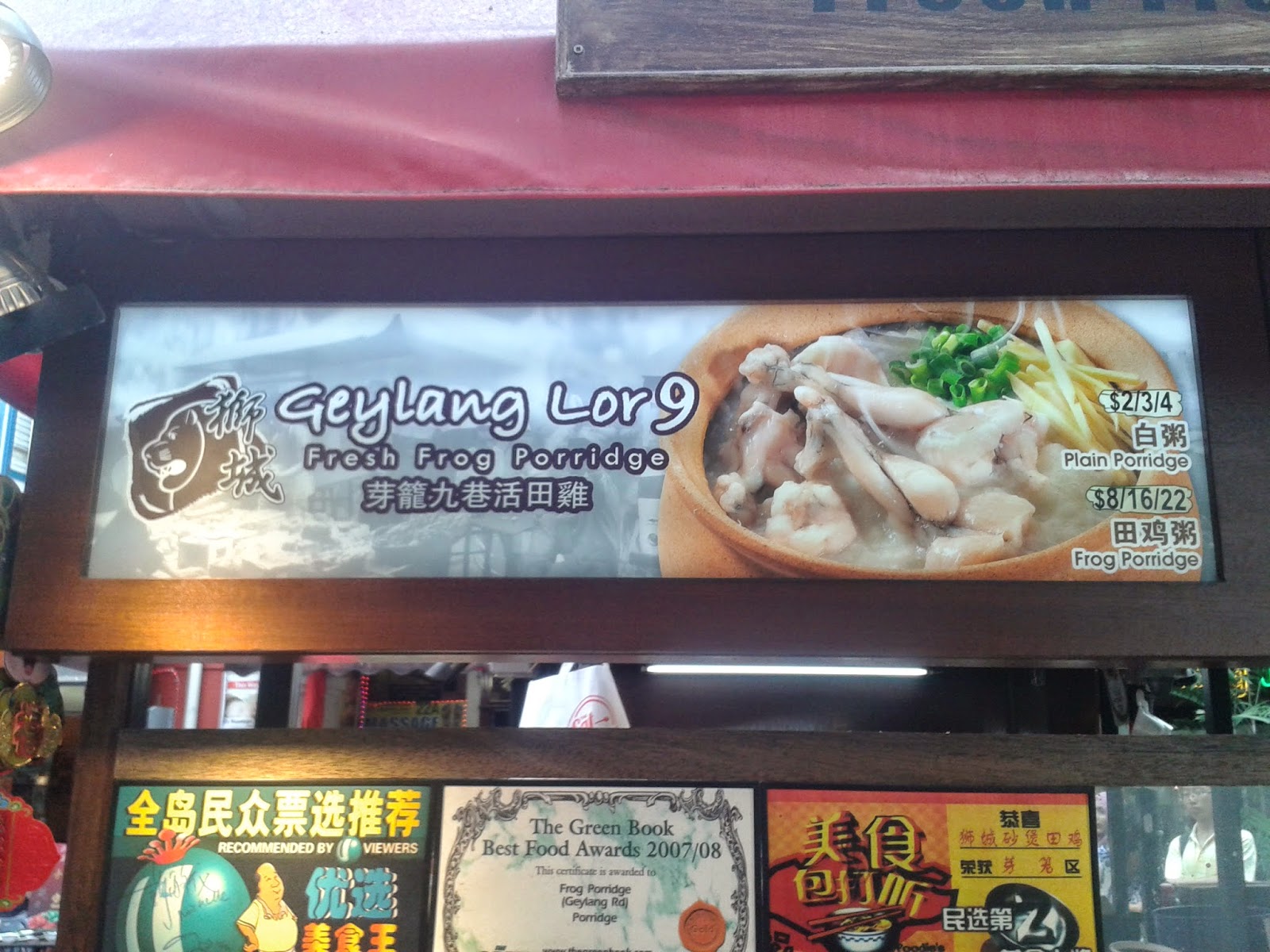 When you stay with gin enthusiasts, you can count on being taken to some very cool bars that make the best drinks you've ever tasted: 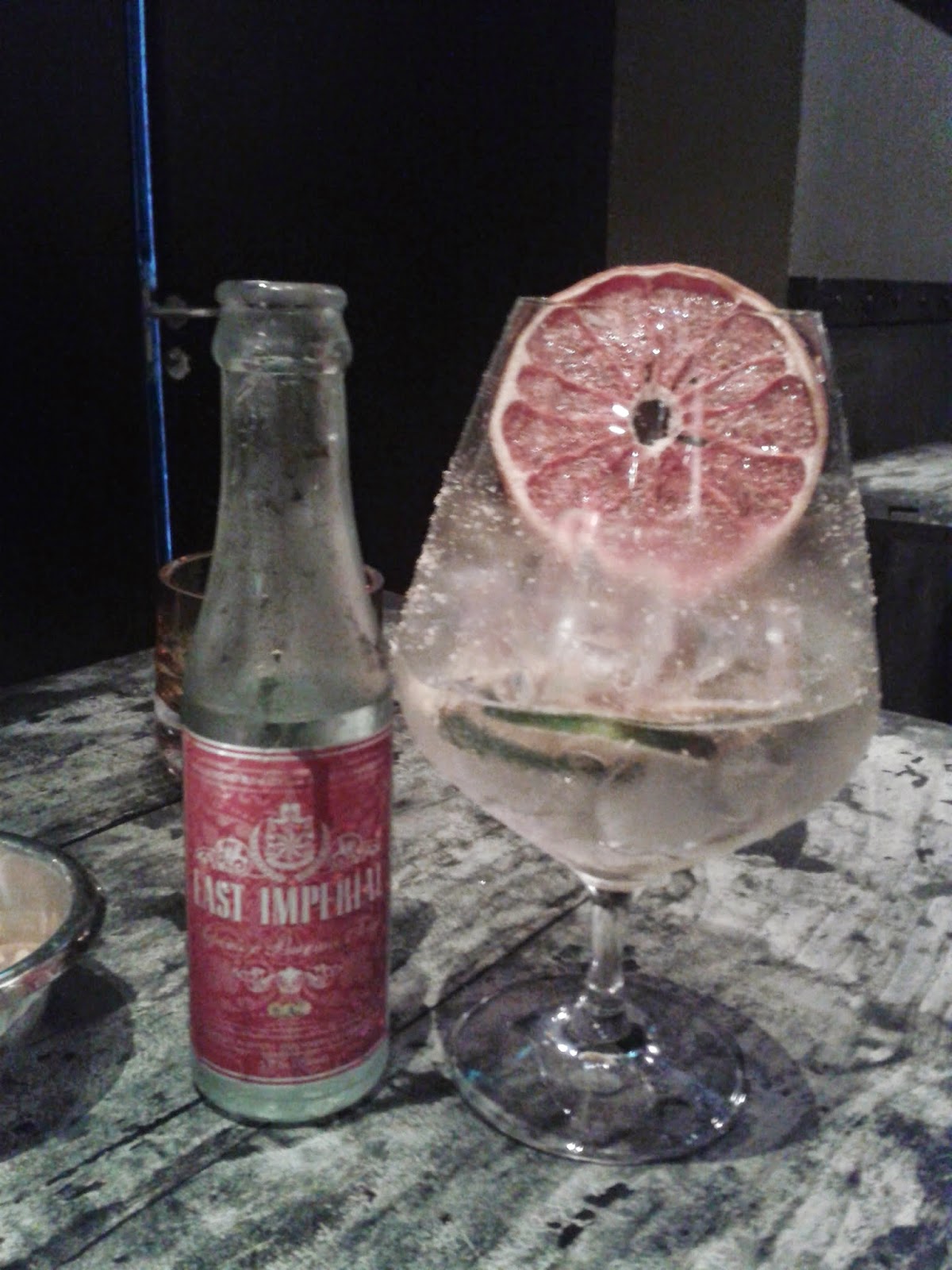 Operation Dagger is a very cool underground bar, owned by a guy from Melbourne...which I think has a lot to do with why the decor reminded me of an Aesop shop. But the drinks (along with the light fixture) were really out of this world. I highly recommend you stop by if you're ever in Club Street! 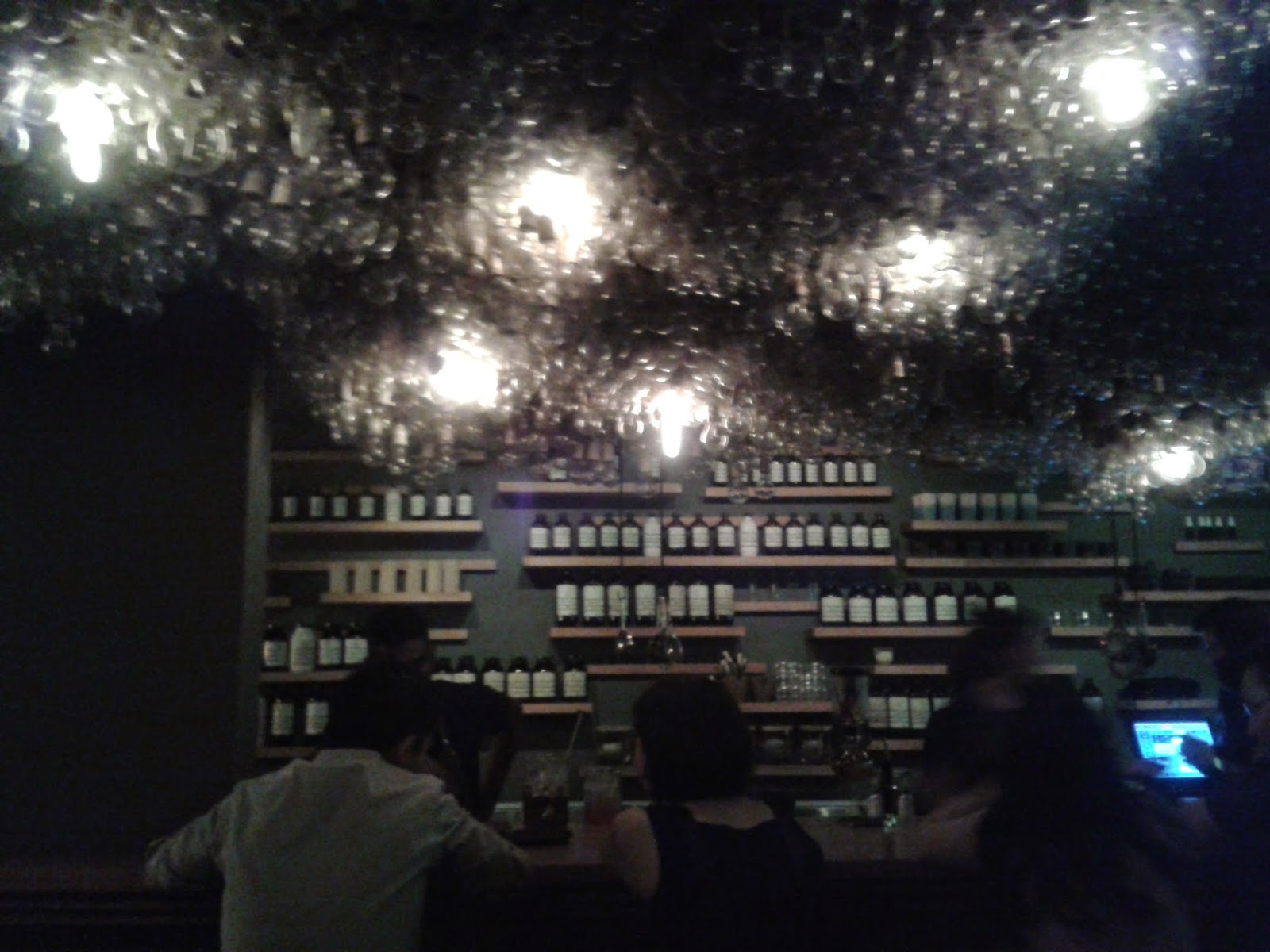 More good eating was to be had of the seafood variety, with loads of excellent sushi 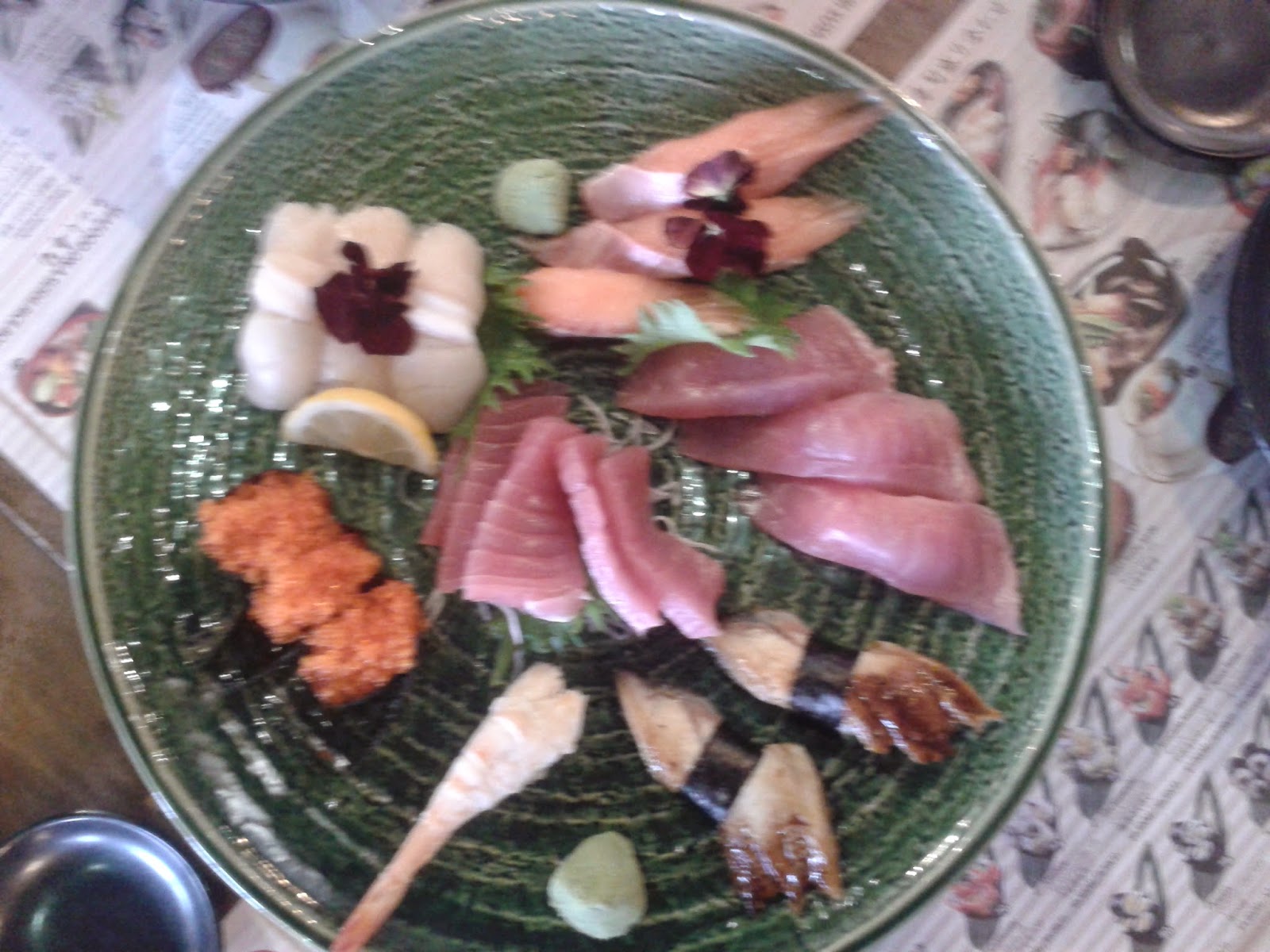 and the cutest macaron you've ever seen! 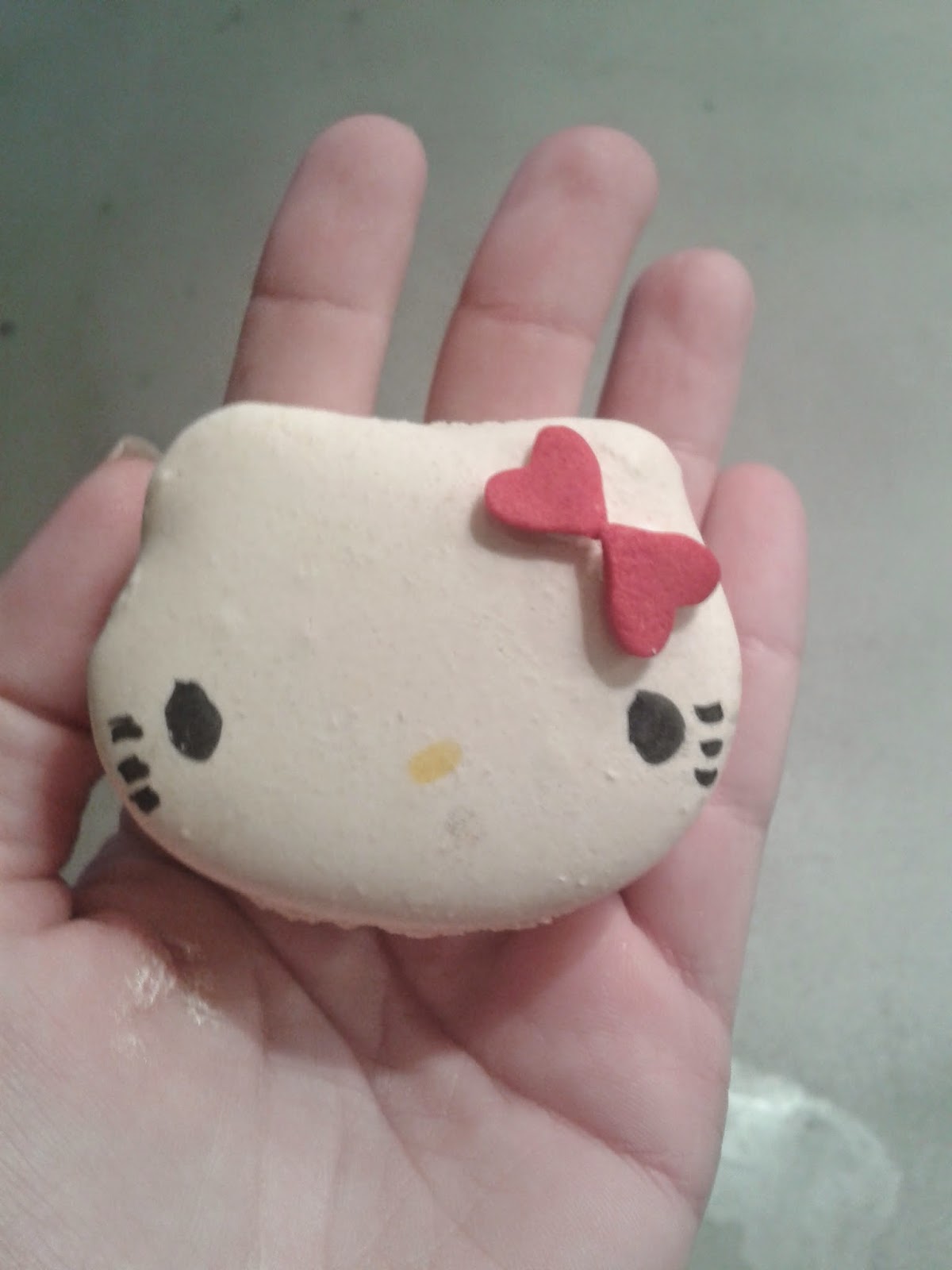 And of course, there was a lot of time spent shopping on Orchard Road - I definitely came back with a few extra kilos!

All in all, I had a wonderful time there - it was fantastic to be able to catch up with my friends (thanks again for having me friends!!), to do touristy things, to have some down time, and to tick off another country.

I'll be ticking off another new country soon enough, it's back to work for Carly, on Monday I head to the UK for a few days of briefing, and then on to Sierra Leone to do my part in the Ebola response. I'm really excited about the challenges ahead!
Posted by Carly at 5:47 PM No comments: