Life has been plodding along of late, with exciting things scattered here and there. One such exciting thing was the piglet distribution I tagged along to. Piglets!!!! I got to carry the little ginger piglet from his pen to the truck. I'd googled the correct way to hold a pig ahead of time (always be prepared) so I think that helped me and "Weasley" to bond....well, he didn't wriggle or squeal too much. 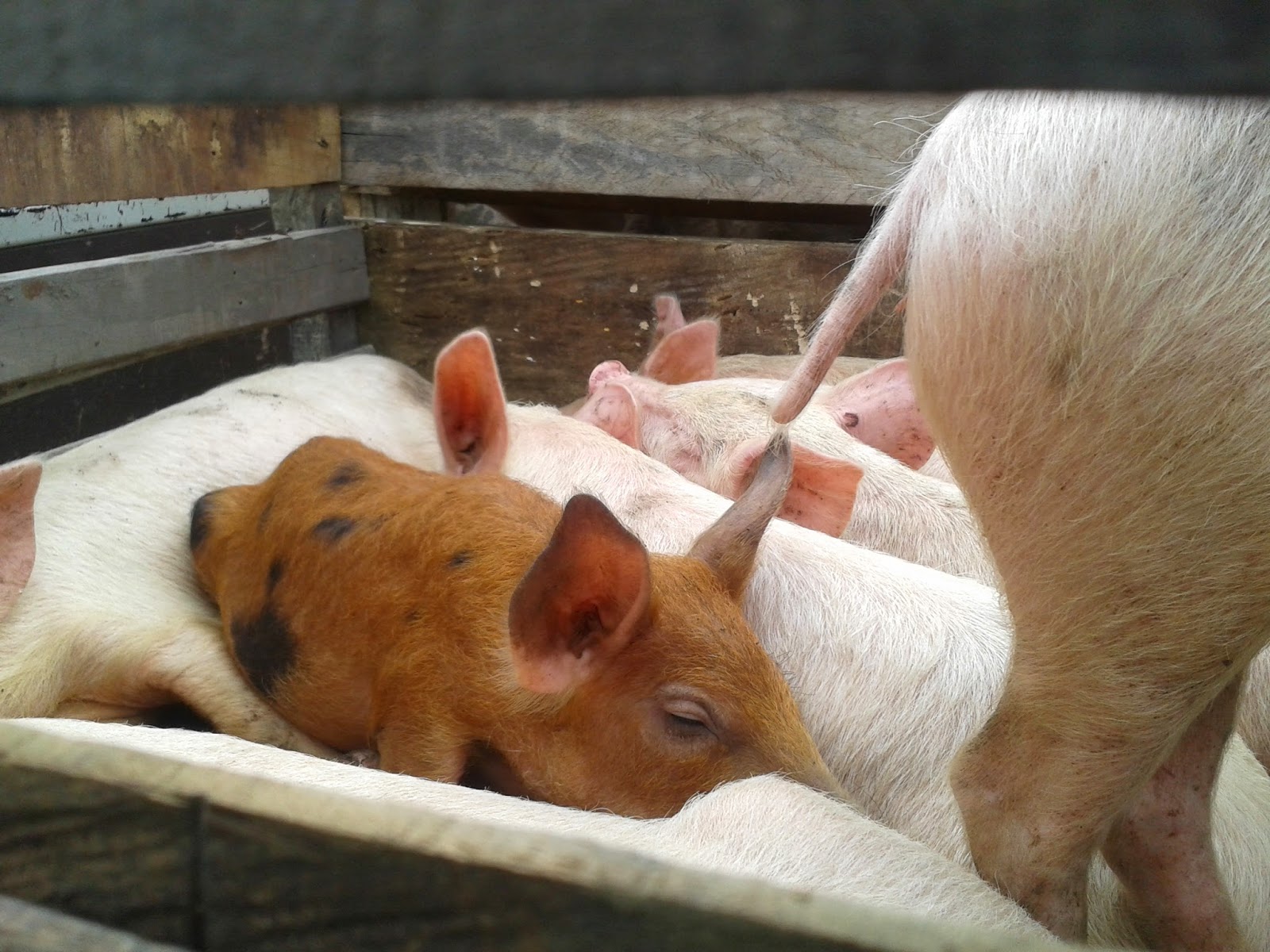 There were 27 little piggies to distribute, which involved stops at two farms (though the second was more like a stinking rubbish dump than a farm), a stop to pick up the 40kg bags of feed, and then wading across the river, which was about knee height to the village. At this point I had to decline carrying Weasley across, as I was actually there to film the process, and I was a bit concerned that we'd both end up in the water! 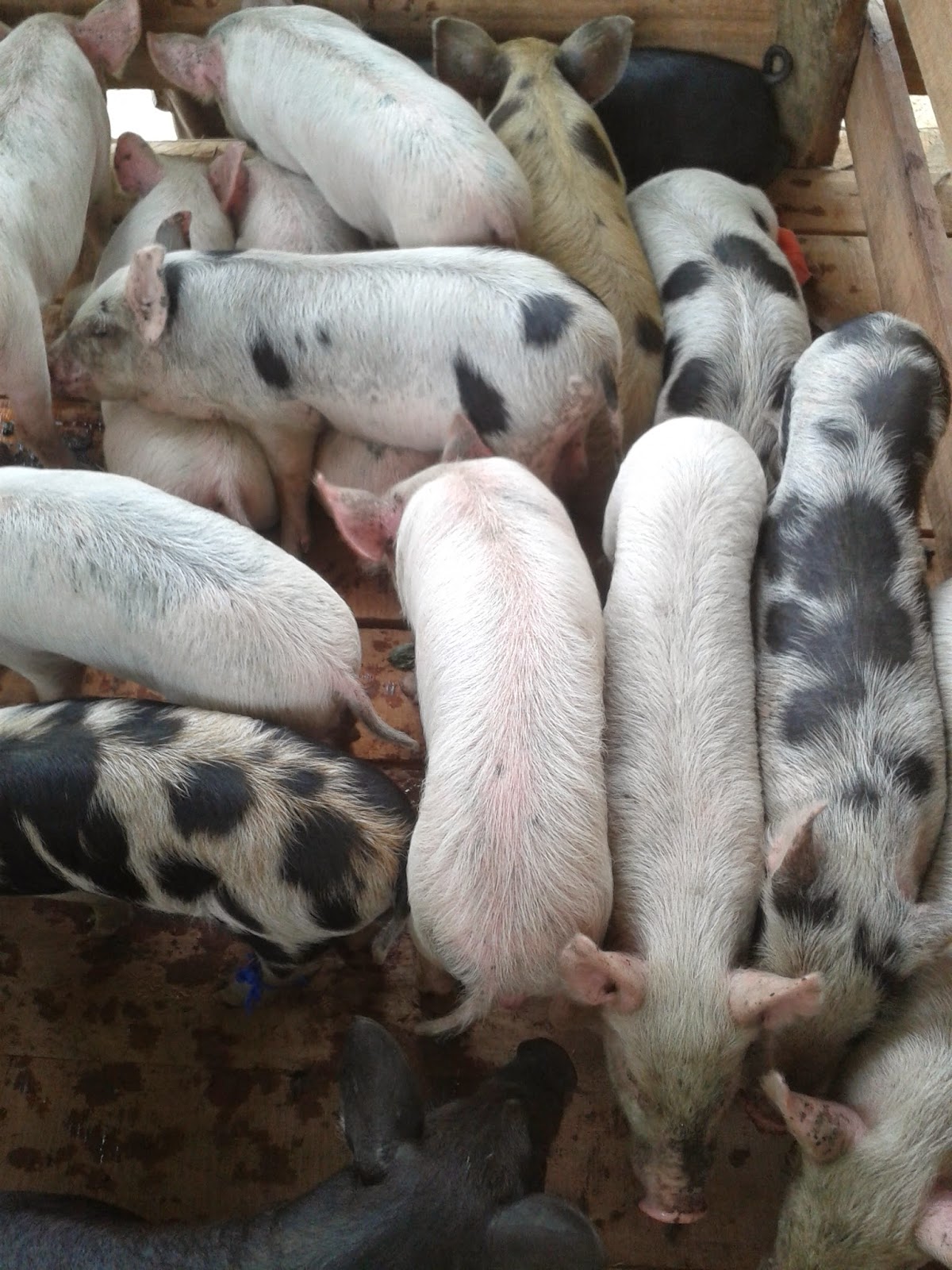 But all the piggies made it across, and the families were very happy to receive them. The piglets cost SBD600 (AUD 93), and the families had each had to contribute SBD100 (AUD 15). After feeding them up for about a year, they should make about 2,000 (AUD 315), so that's a pretty great return. 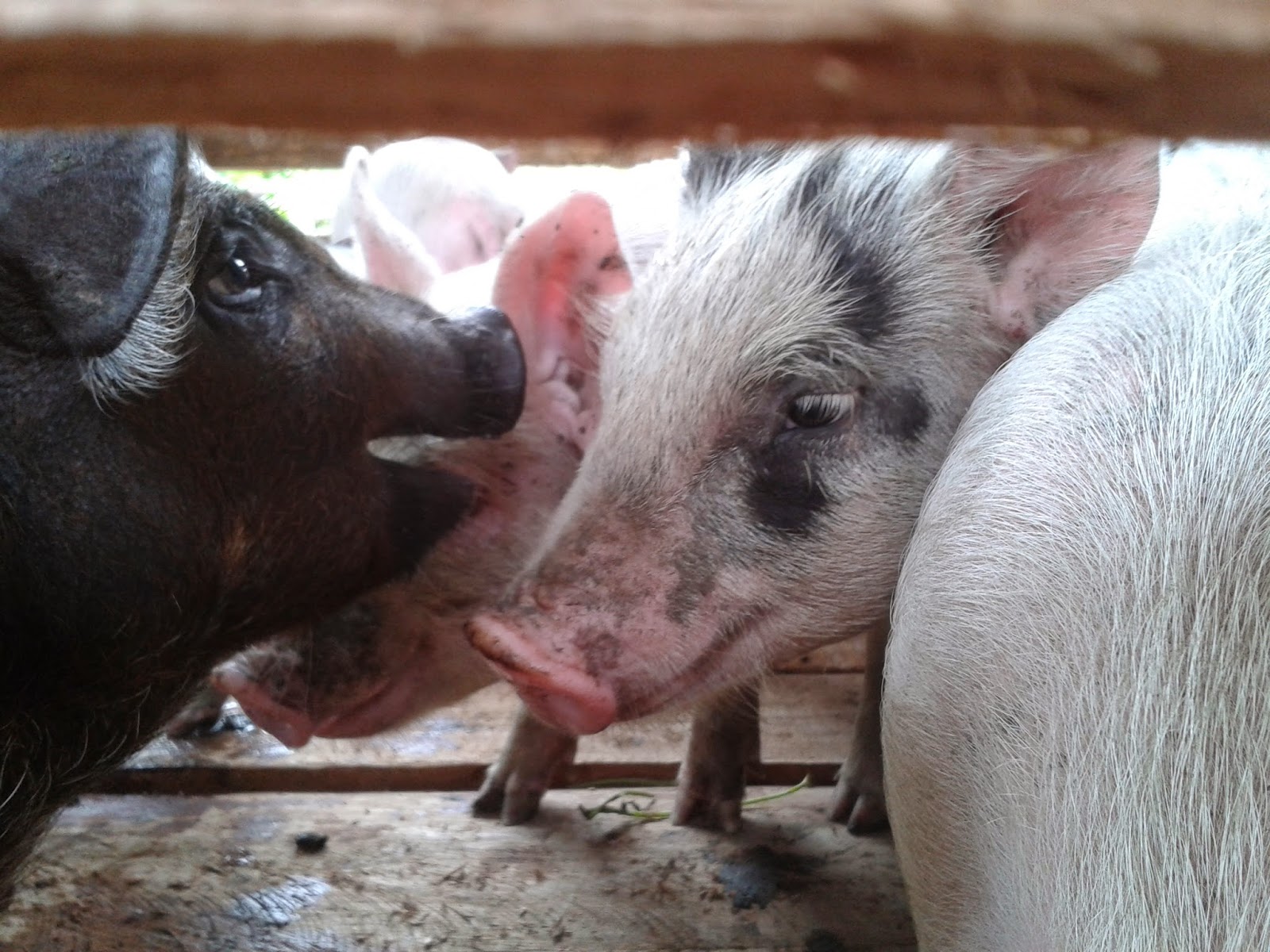 In other news, the cats may have become slightly traumatized by the laser pointer. Sometimes Brichant just stares at the wall, waiting for the evil red dot to appear....still fun though! 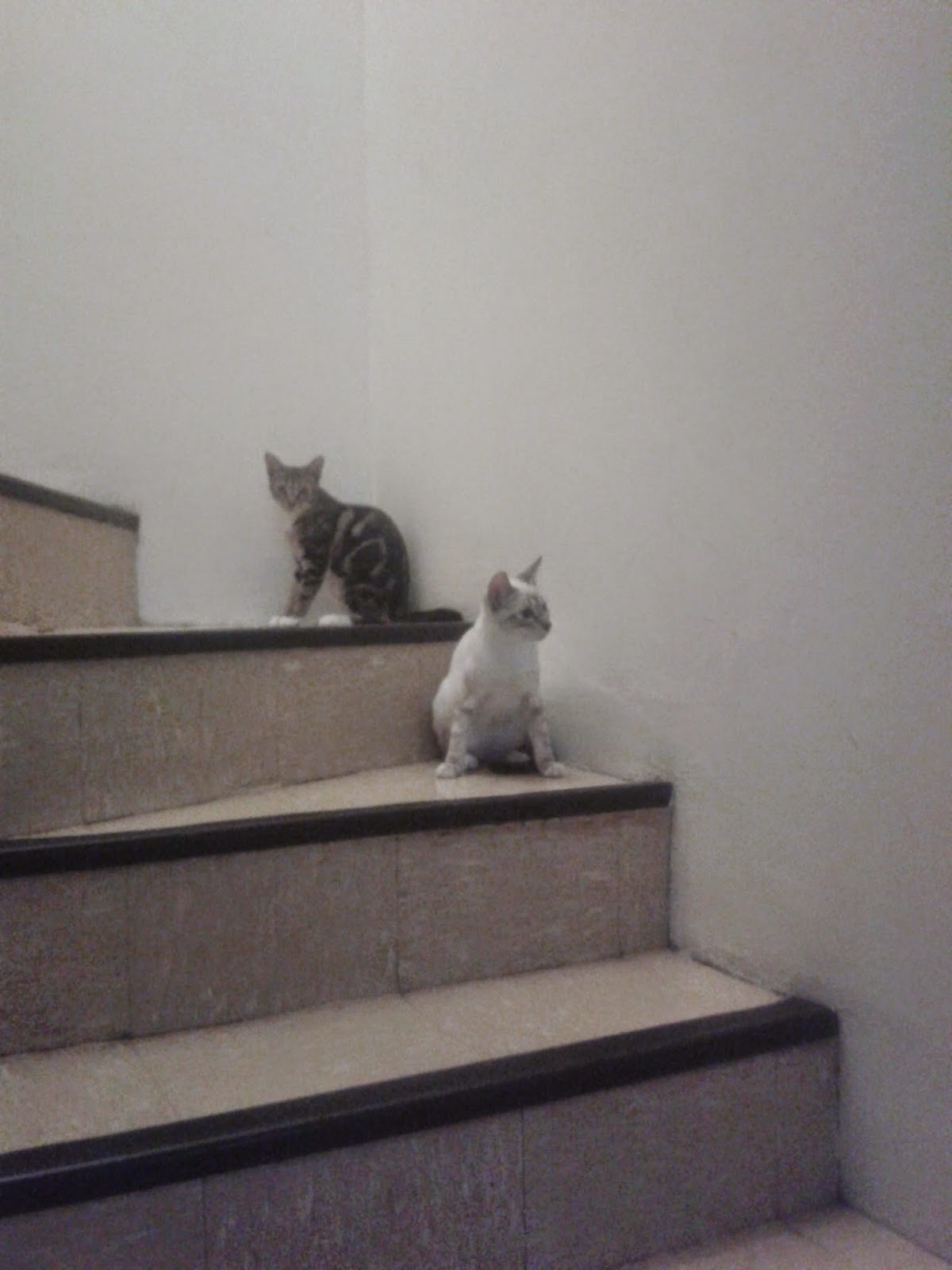 We went diving on the weekend, and were almost at our destination when the tyre blew. 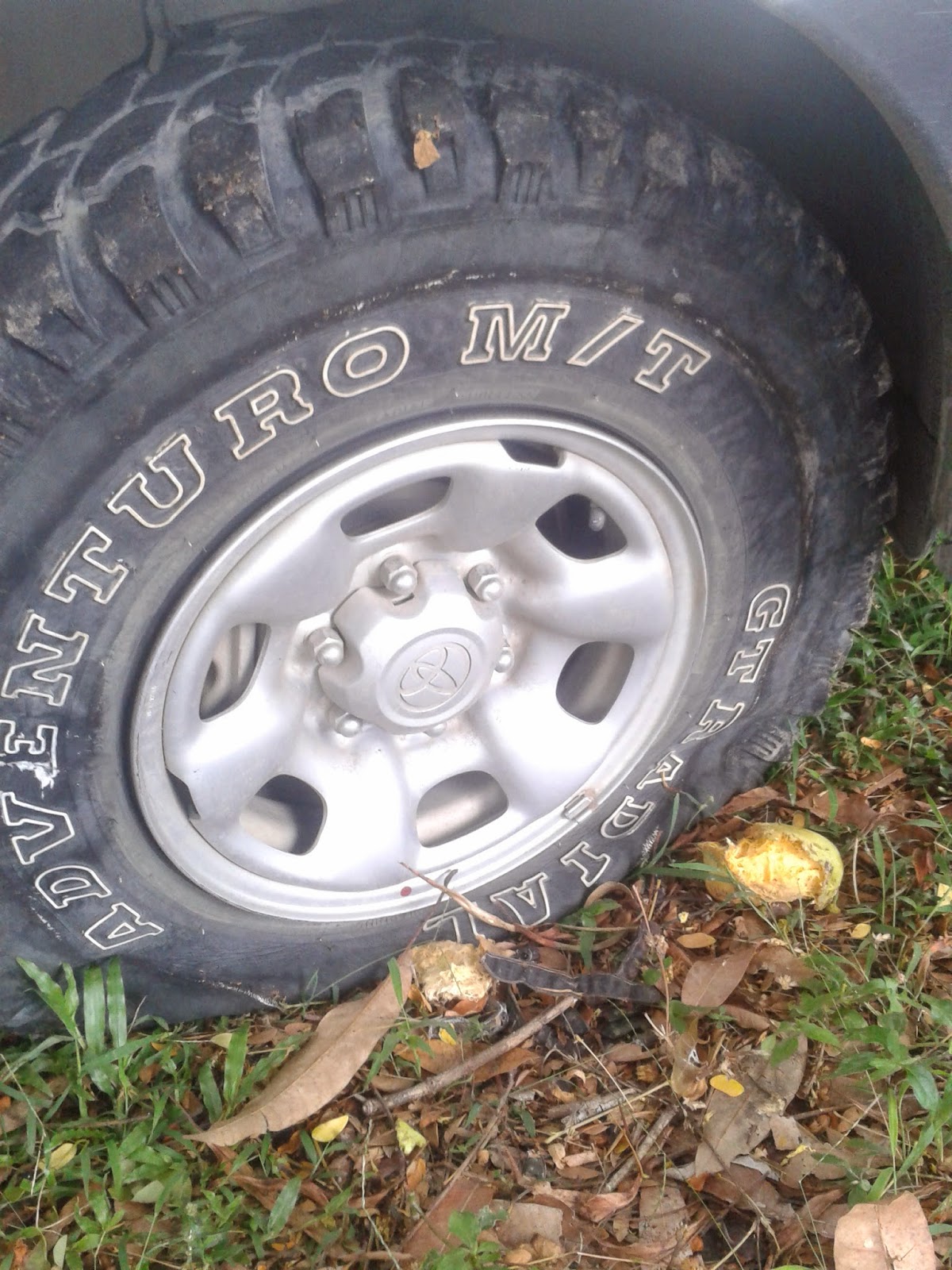 Thankfully it happened just in front of some houses, and there were lots of very helpful men around, one of whom is the nephew of one of our colleagues. A happy coincidence. 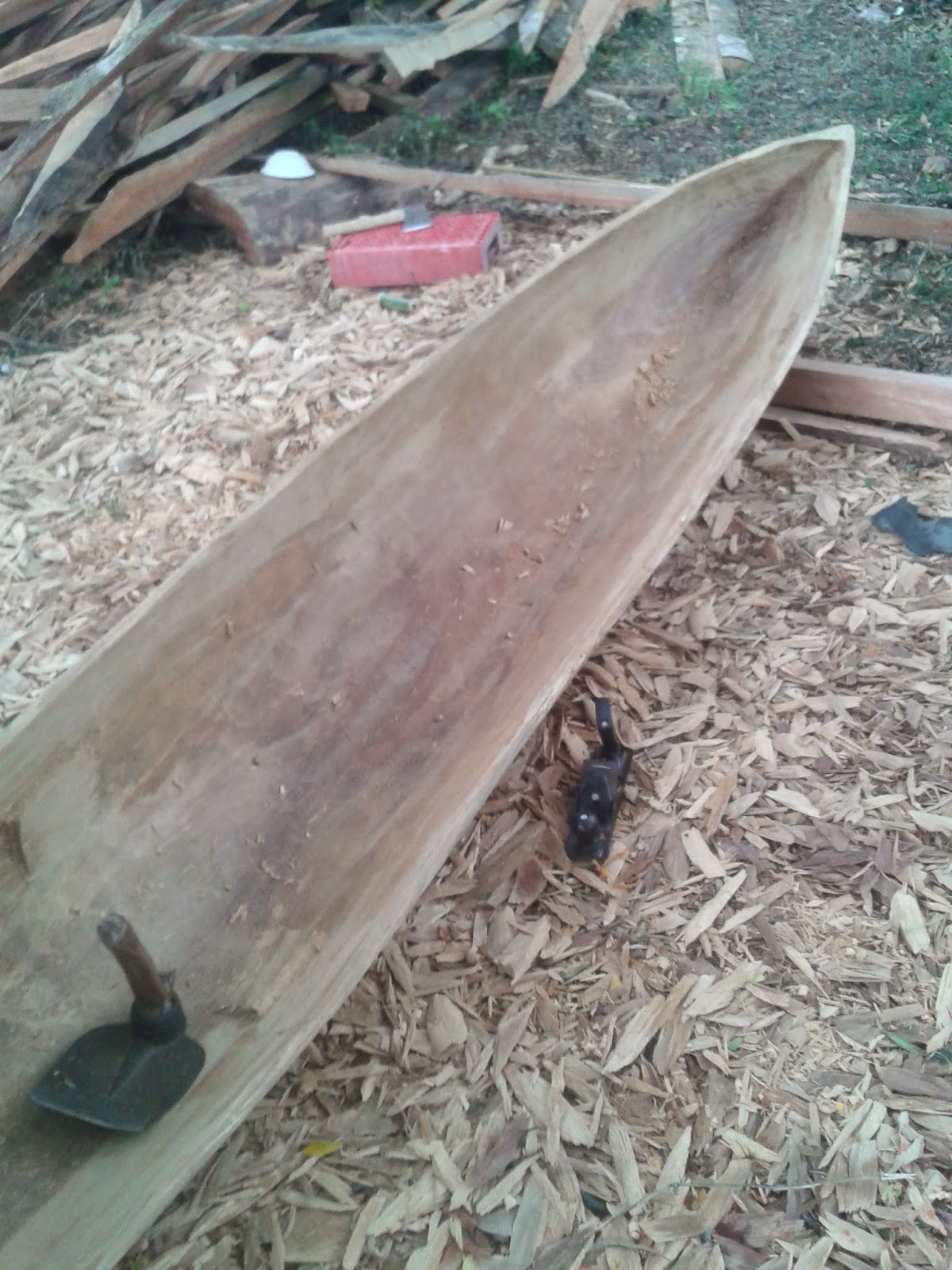 So while S and the men took care of the car, I wandered over to this canoe that was in the process of being carved. It's so impressive that such a thing can be made from a single tree trunk, and I was told that this had only taken a day so far to do. Very, very cool.

J and I moved into a new house over the past few days - we've got a lot more space, and a lovely view of the sea. I'll post some pics soon.
Posted by Carly at 1:43 PM No comments:

Reggae is absolutely huge in the Solomon Islands. The three radio stations we get in the truck are constantly playing reggae (with the exception of the awesome oldies hour at 6pm), and after a few weeks I've started to distinguish the most popular tunes.

Right now, the most famous reggae act in town is a Jamaican guy called Conkarah. Honiara was the last stop on his world tour last week, so Jess and I headed down to Cowboy's Bar & Grill to check him out. There were a number of local support acts who were pretty good, like 56 Hop Rod.

But most of the acts seemed to play very slow songs that didn't encourage dancing. But when Conkarah hit the stage, it was a strong start with this song
I think I actually enjoyed this one the most
It was a crowded, sweaty dancefloor, but so, so much fun (I got my 10,000 steps for the day in just over an hour!) 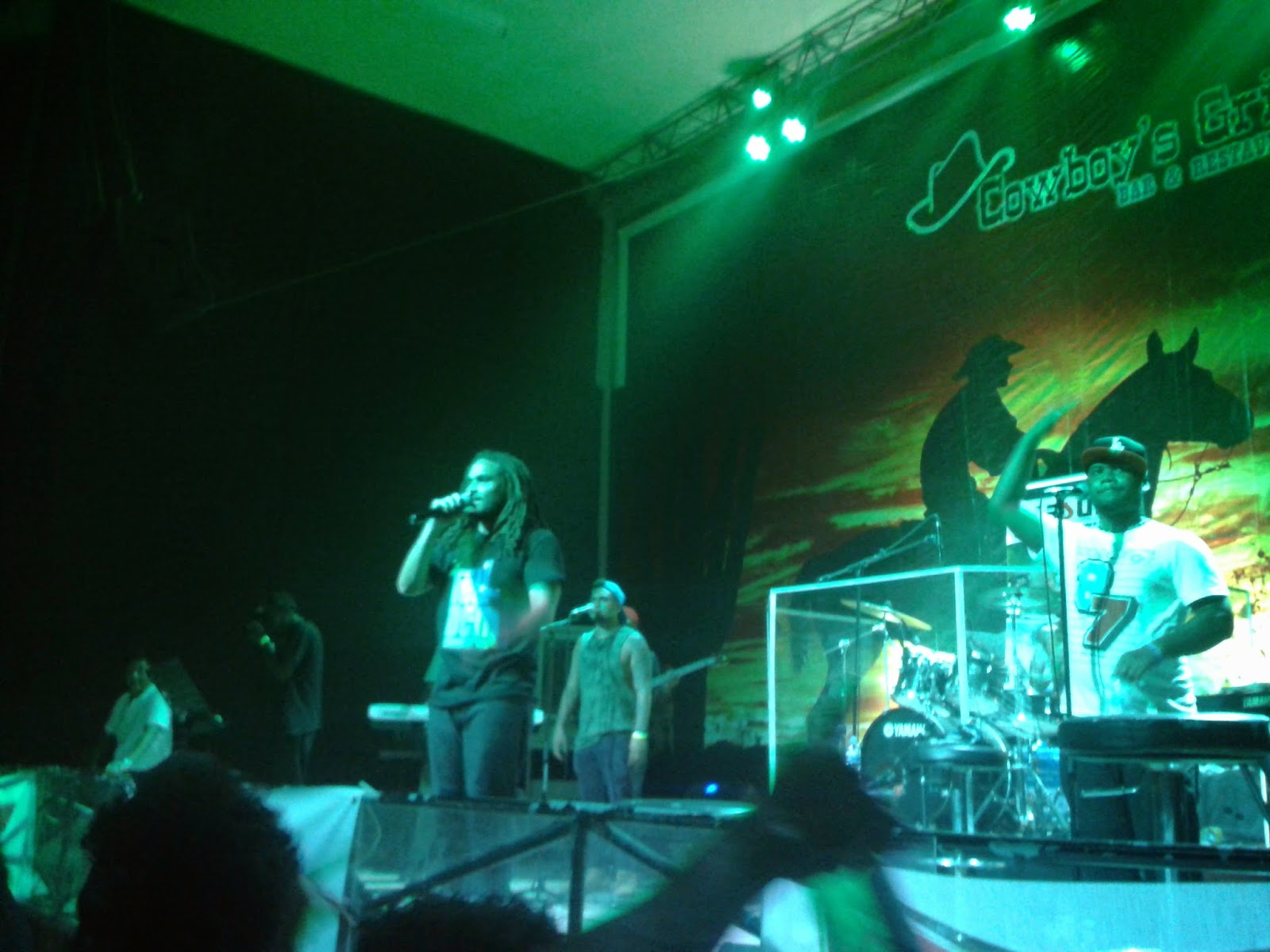 Conkarah was a great performer, he really seemed to be making eye contact with the crowd (even though I'm sure he probably couldn't see a thing), and he tried out some pijin which went down a treat. He saved his most popular song for last, and after playing about 30 seconds, stopped the band and restarted, changing the words from "Island Girl" to "Solomon Girl"...needless to say, the crowd went wild. :-)

There were the obligatory covers of Bob Marley, including my favourite "No Money, No WASH" (I mean, "No Woman, No Cry") which were really popular with the crowd. If you like reggae, check out Conkarah!