This is Brichant (though don't quote me on the spelling). His name means something in Romani that I can't remember, but he's the kitty that spends the most time in our house. Yesterday, he was trying to catch a fly that was buzzing around the louvers. 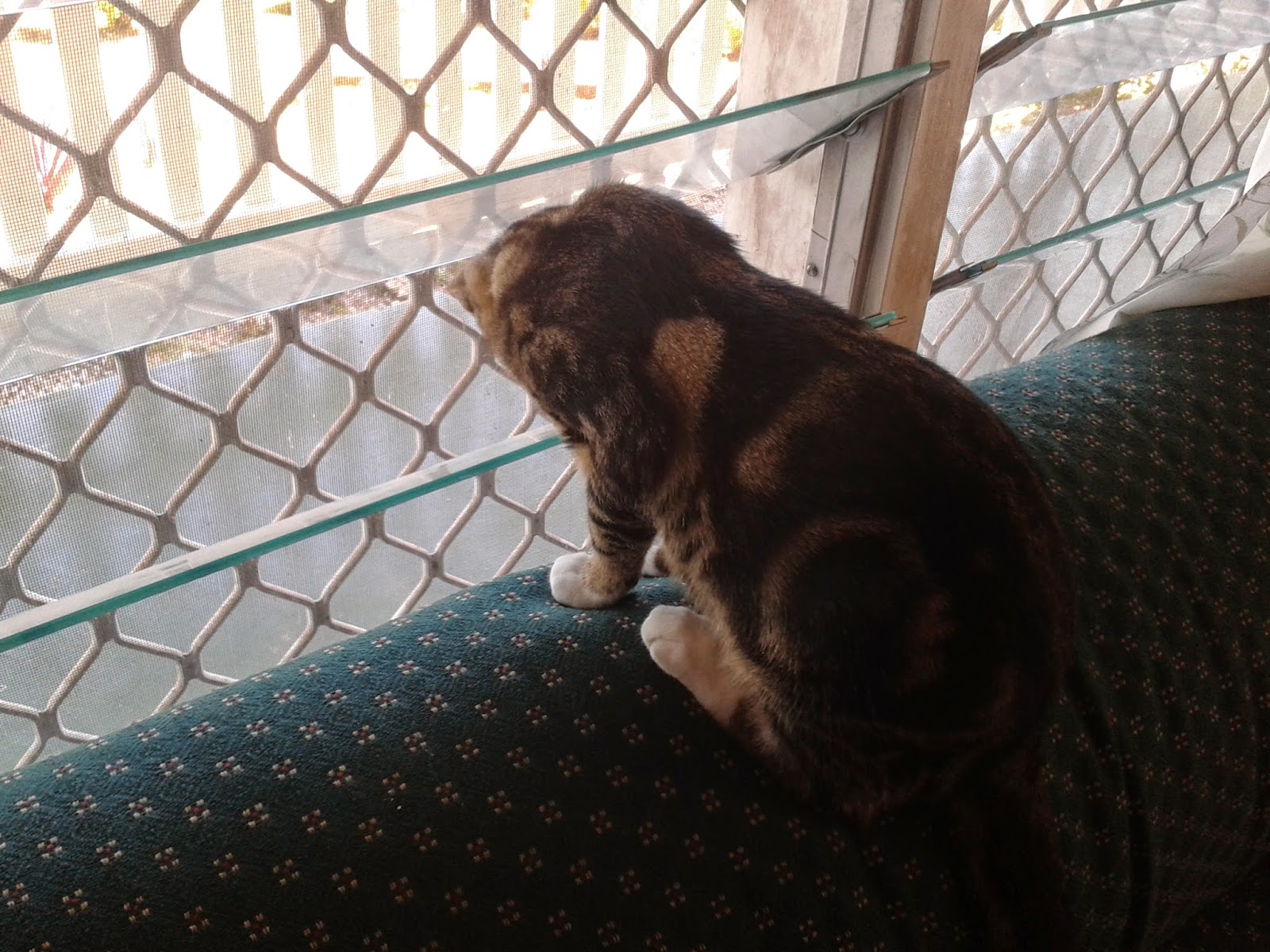 After that exhaustion, he decided it was time for a nap, and that he should take up as much room as possible on the couch! 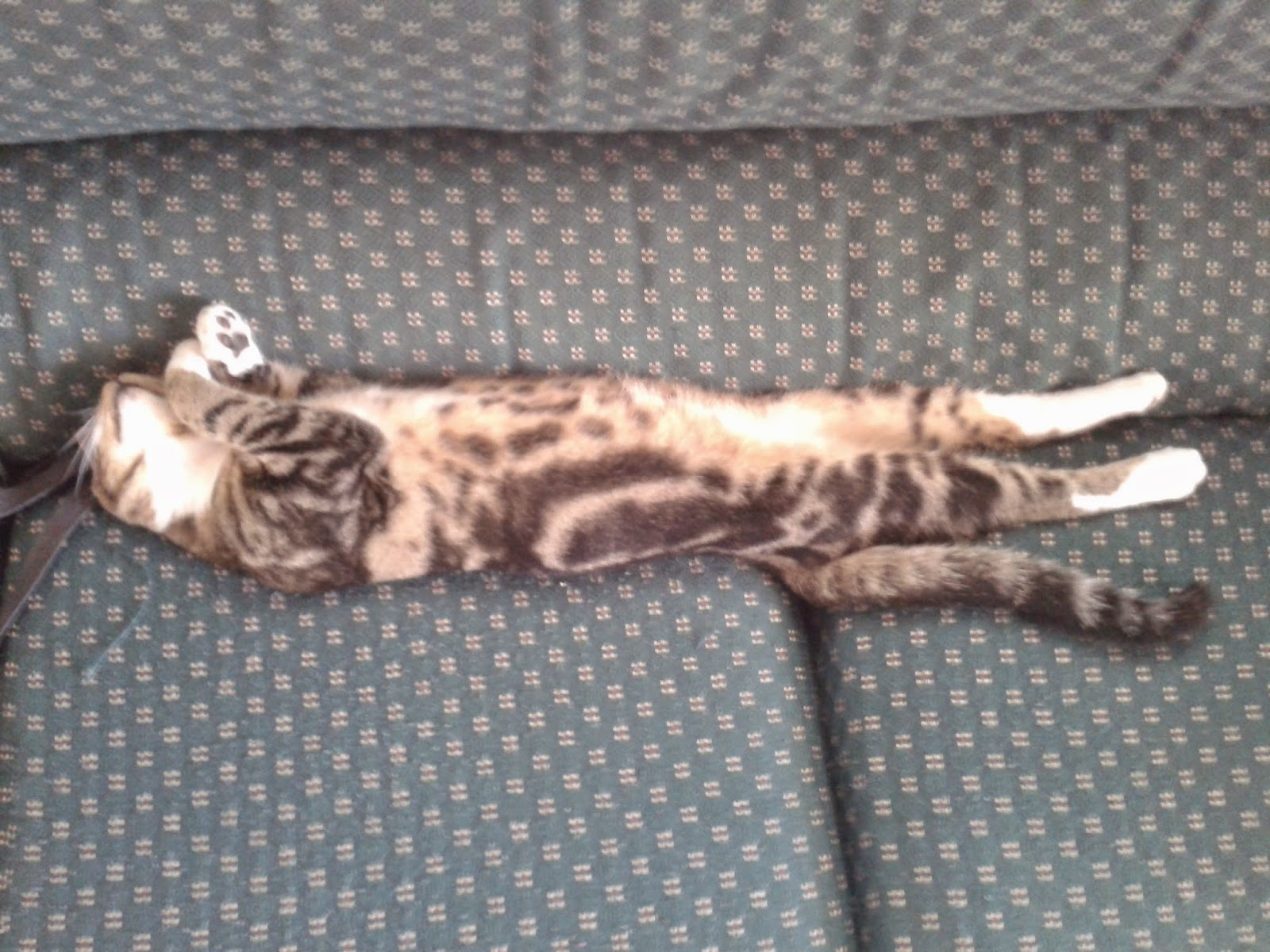 He has a very cute spotty belly, which sometimes he'll allow you to pat. 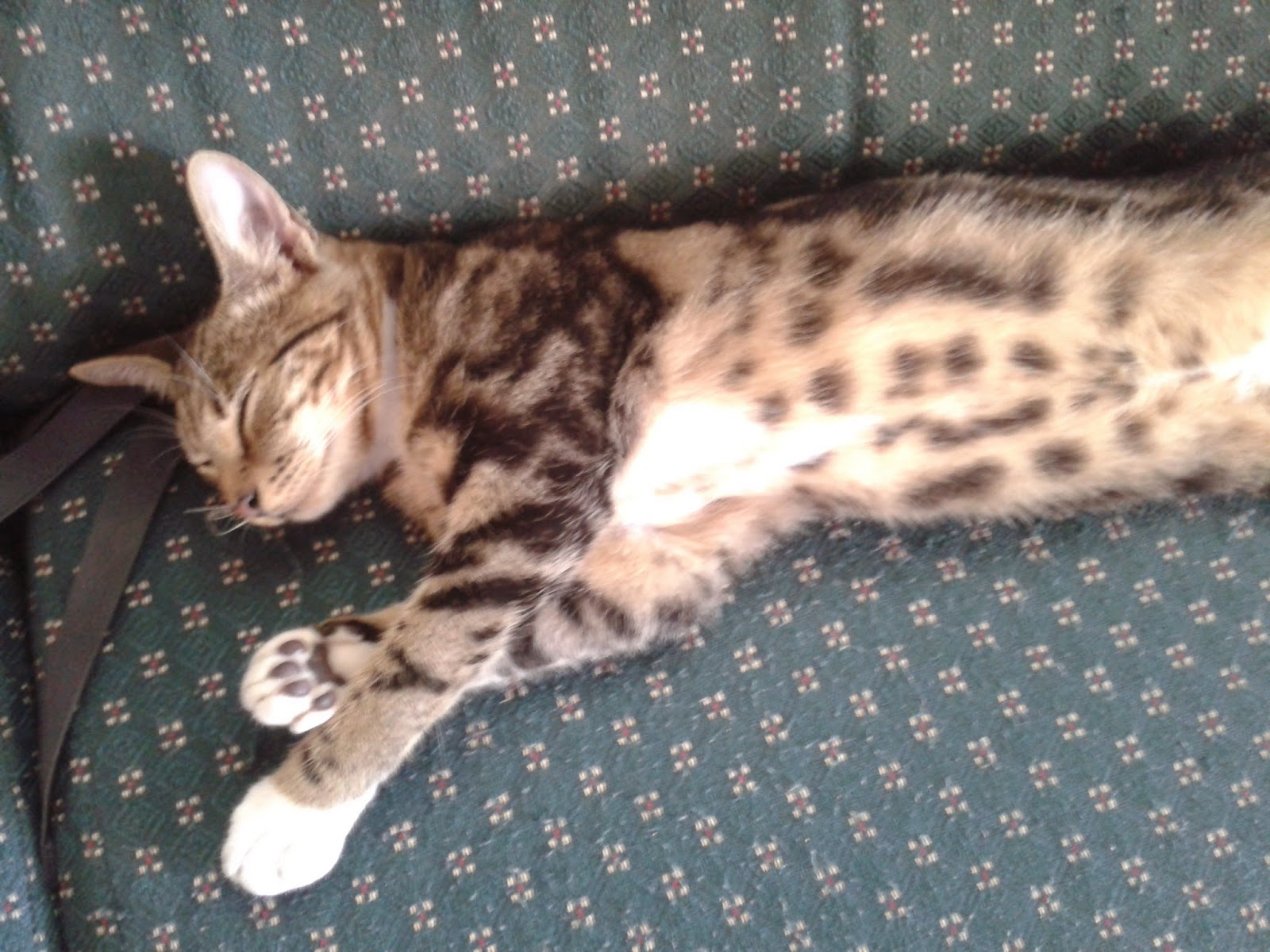 I introduced him to the laser pointer this morning, I think we're going to have a lot of fun with that!!

Yesterday afternoon we went to the beach. It was my first time out of Honiara and the scenery is just so beautiful. I had to take off my sunglasses to check that the coloured lenses weren't making it more vivid and vibrant than the reality...it was actually a better view without the sunnies! 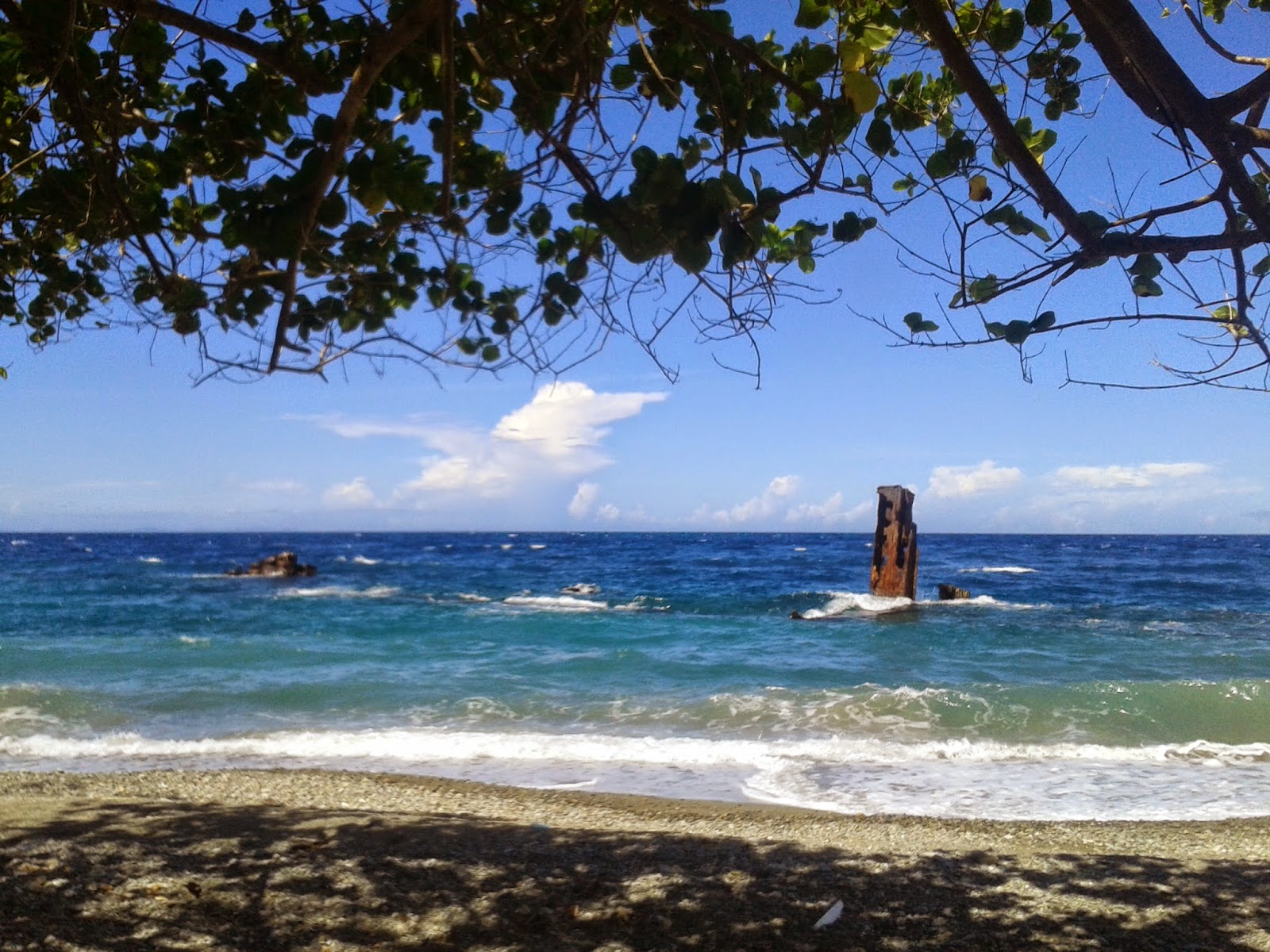 There's a shipwreck just off the shore, which you can snorkle around. I'll definitely go back another time to do that. It was a bit windy yesterday so the waves were a bit too big for snorkelling, but I think it's really cool that you can swim around and not have to scuba dive to see the wreckage (though I think I am going to learn how to dive!),. 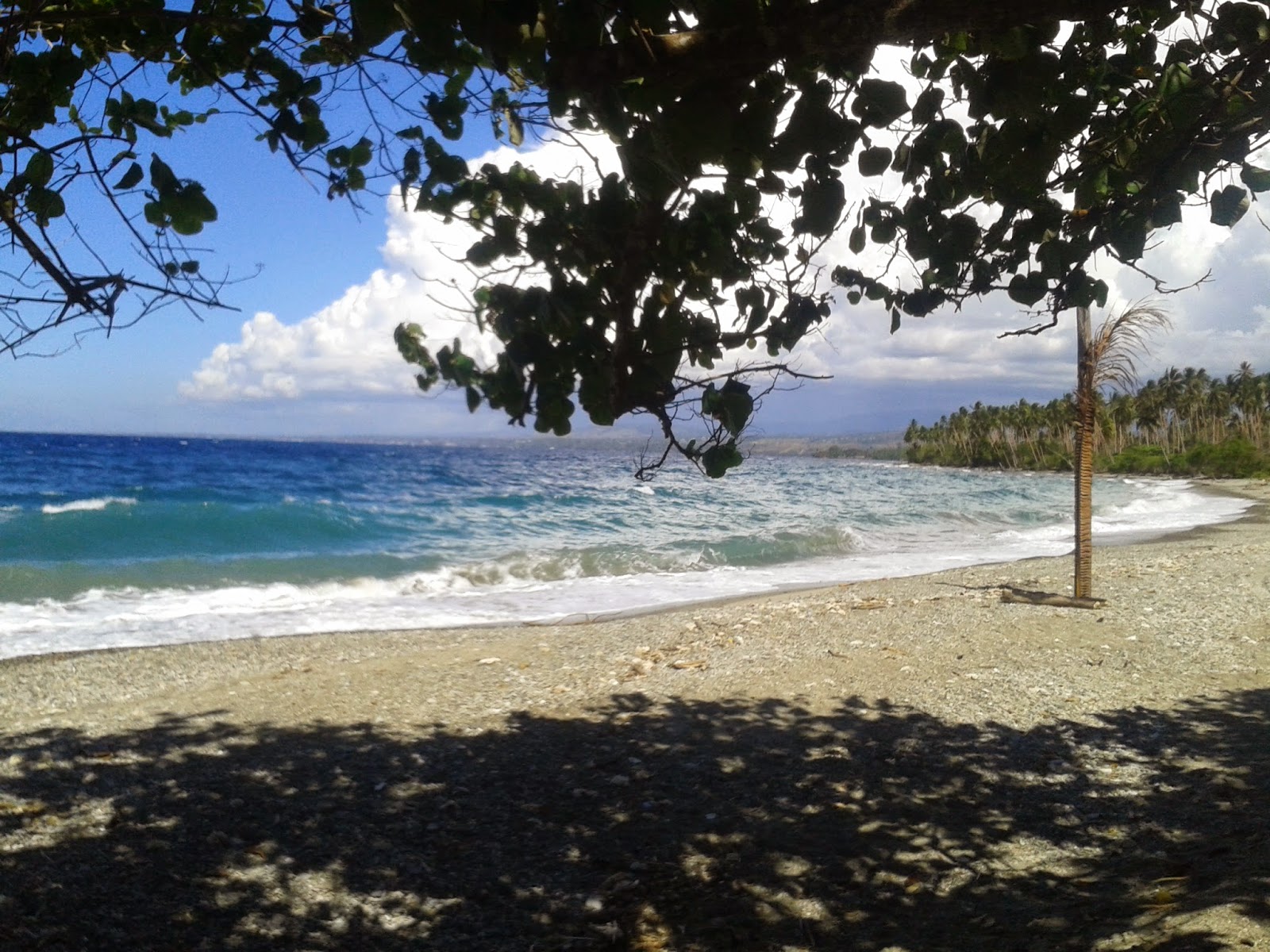 The water was warm, there was a lot of shade...if the beach was made of sand instead of pebbles it would be basically be heaven!! :-)
Posted by Carly at 12:20 PM