There's a word for the weekend that I just had. EPIC!!!

We started on Friday evening at Ocho, where the food is delicious even if the surrounds are a bit bland. We then moved on to the best jazz bistro in all of Tacloban, if not the entire Philippines, and had a blast singing with Carlos the resident guitar player, think we got home at about 2am.... 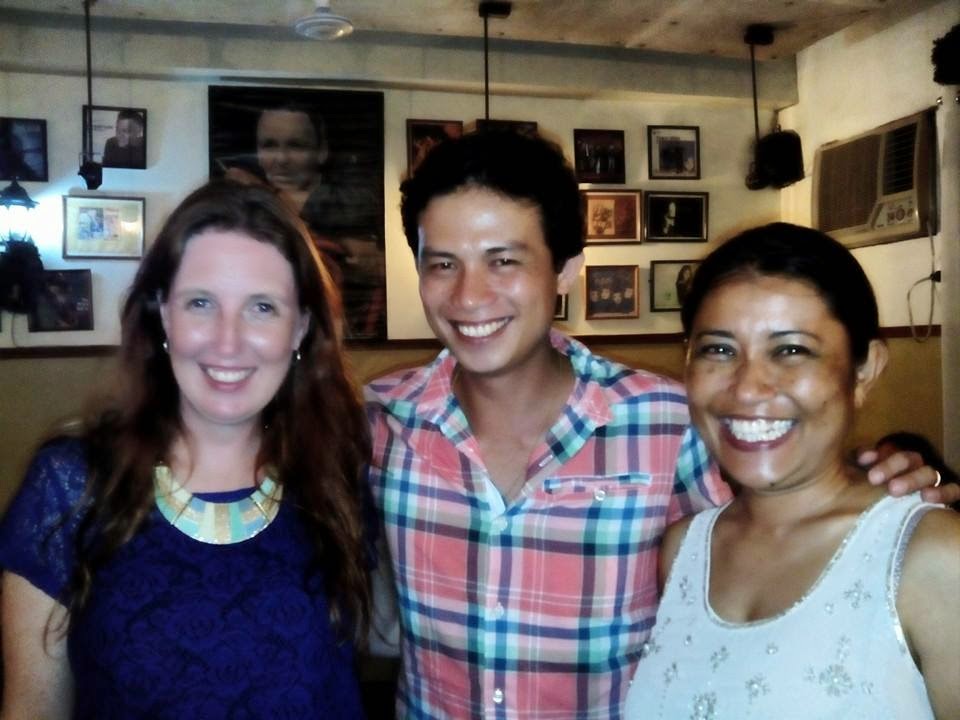 Saturday morning was of course spent recovering from the night before, and then a few work meetings in the afternoon. The big farewell party, which we held outside the office, started in the early evening. 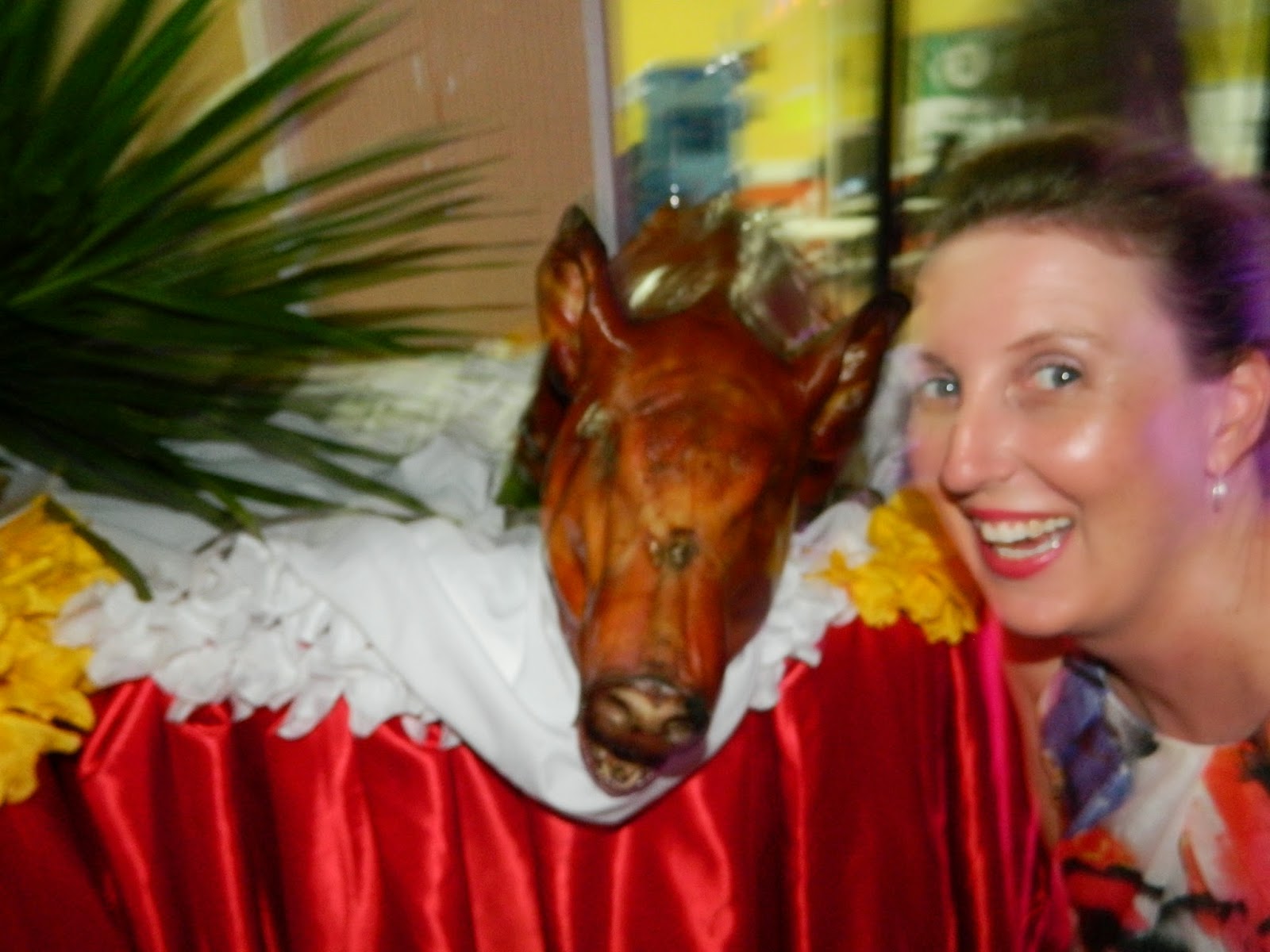 And Steph came down from Ormoc especially 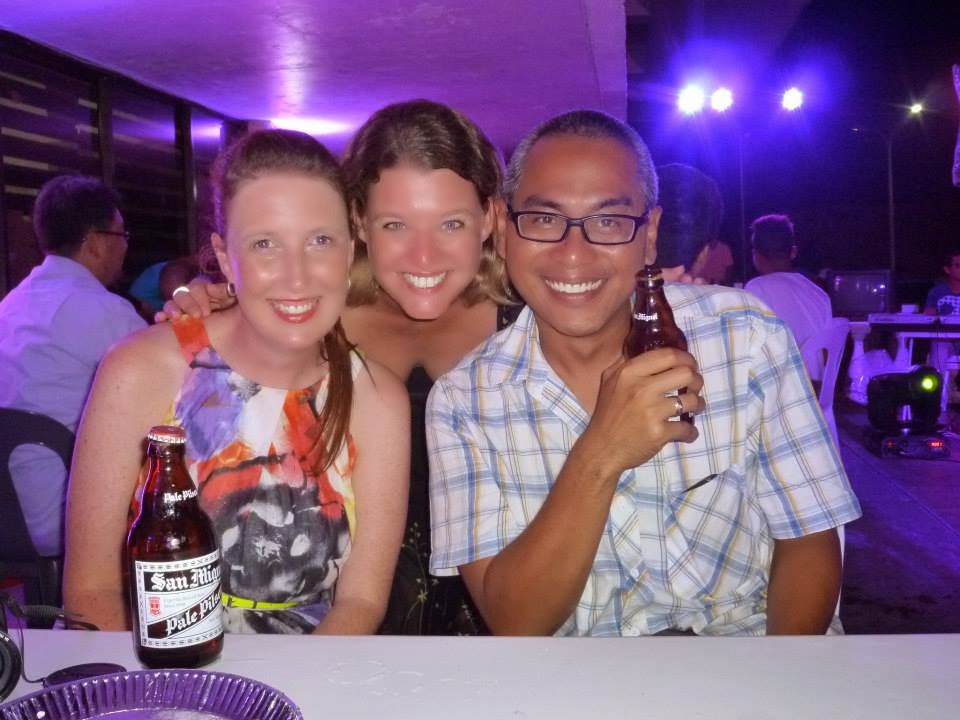 A really impressive performance, that was just a little bit creepy, to "I will always love you" 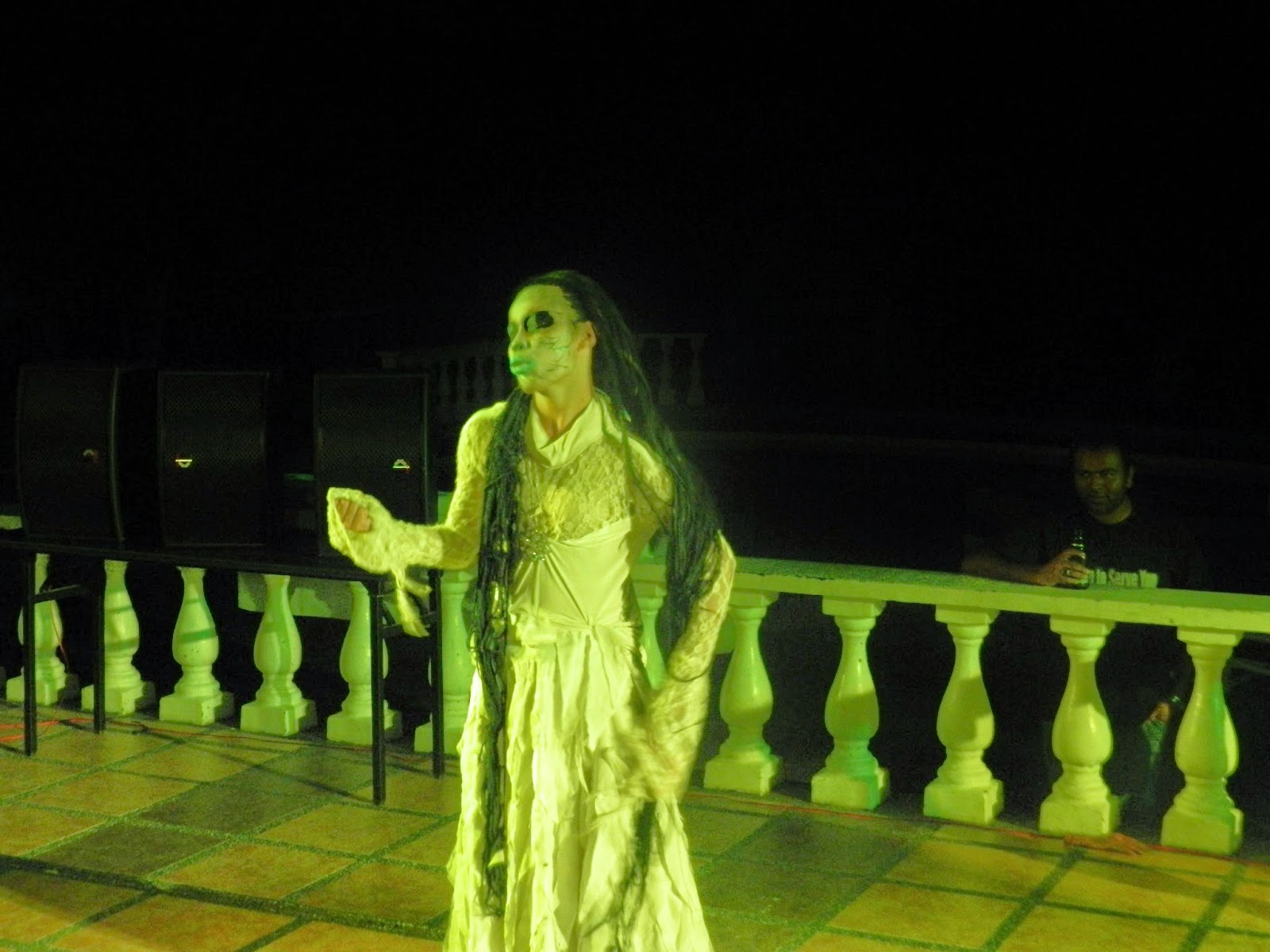 Seriously, the costume and makeup were spectacular!! 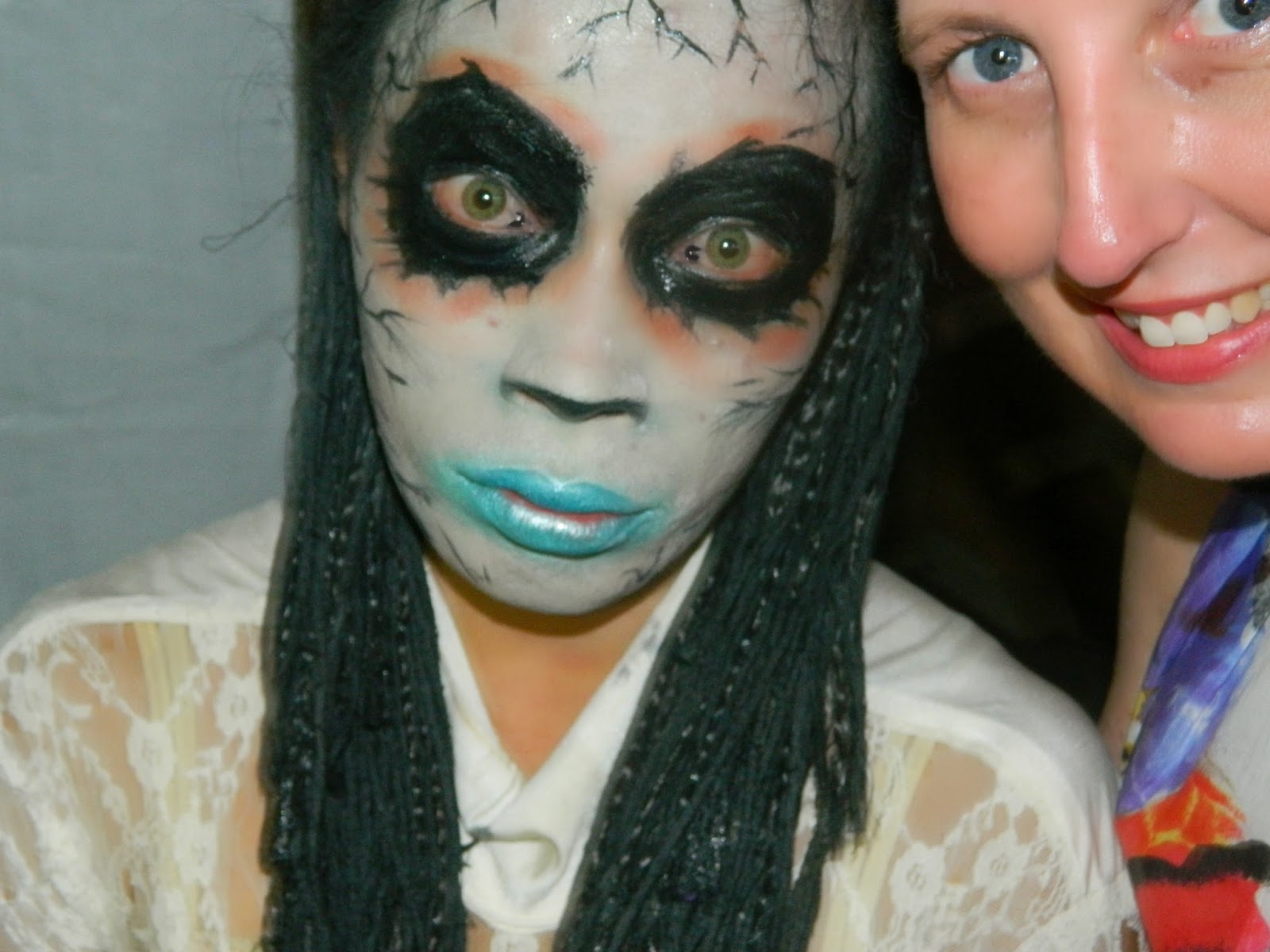 There were games, including karaoke roulette, where the singer doesn't know what song they're going to have to sing (one of our drivers was brilliant!) and I premiered the waray waray (the local language) song I've been learning, which went down very well.

There were speeches which made me well up a little bit, and the presentation of some lovely gifts... 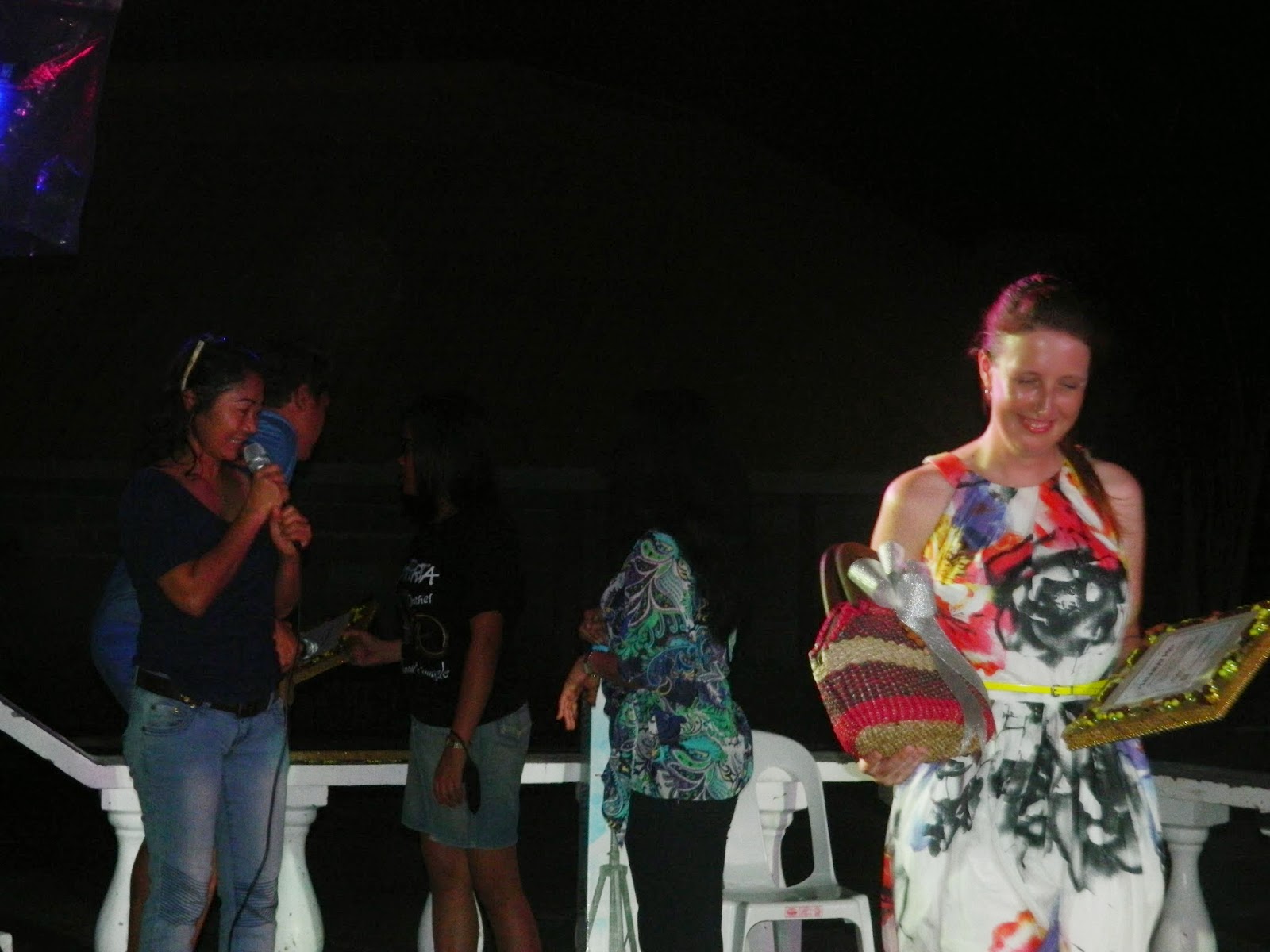 and then the dancing started!! 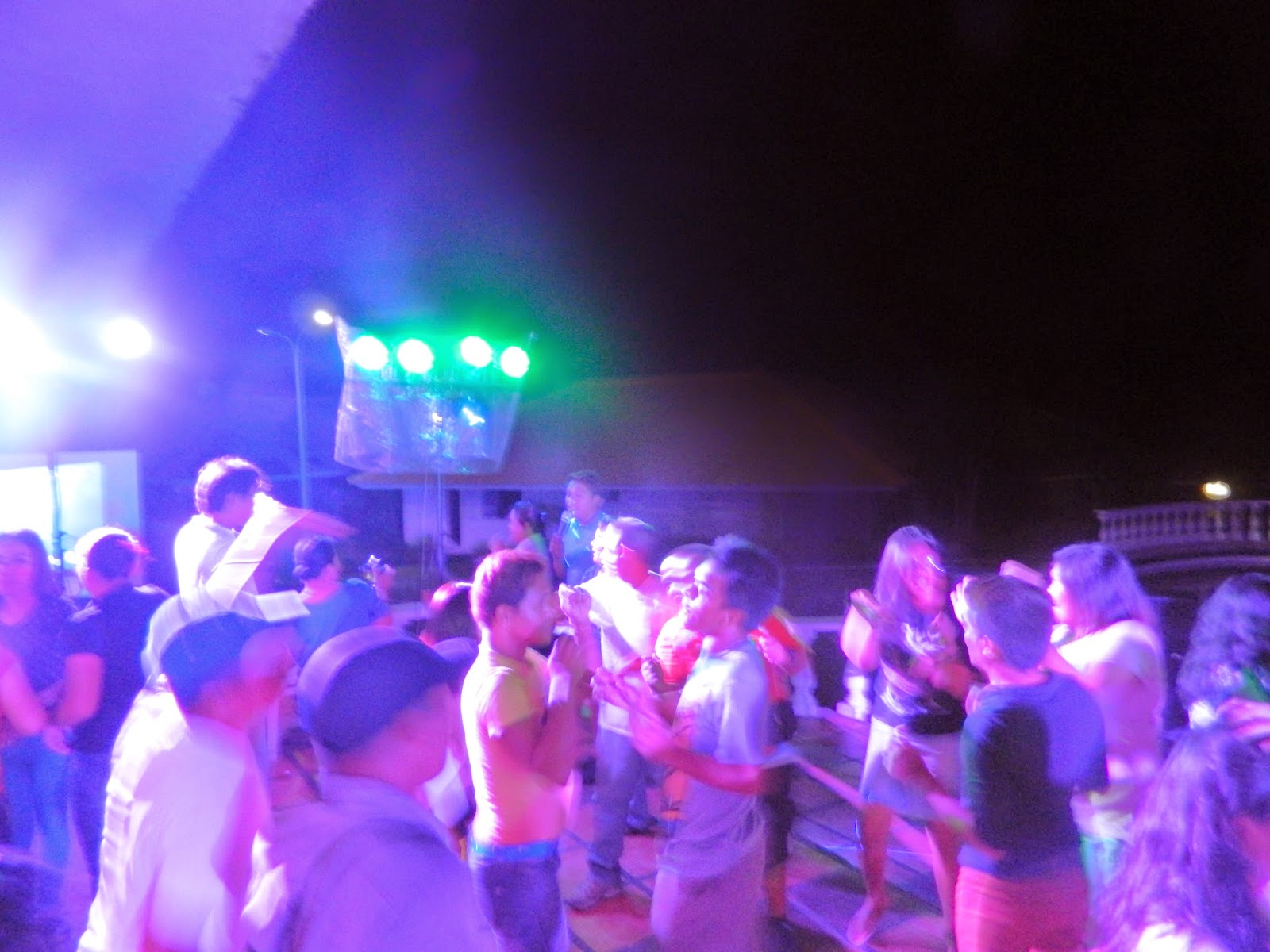 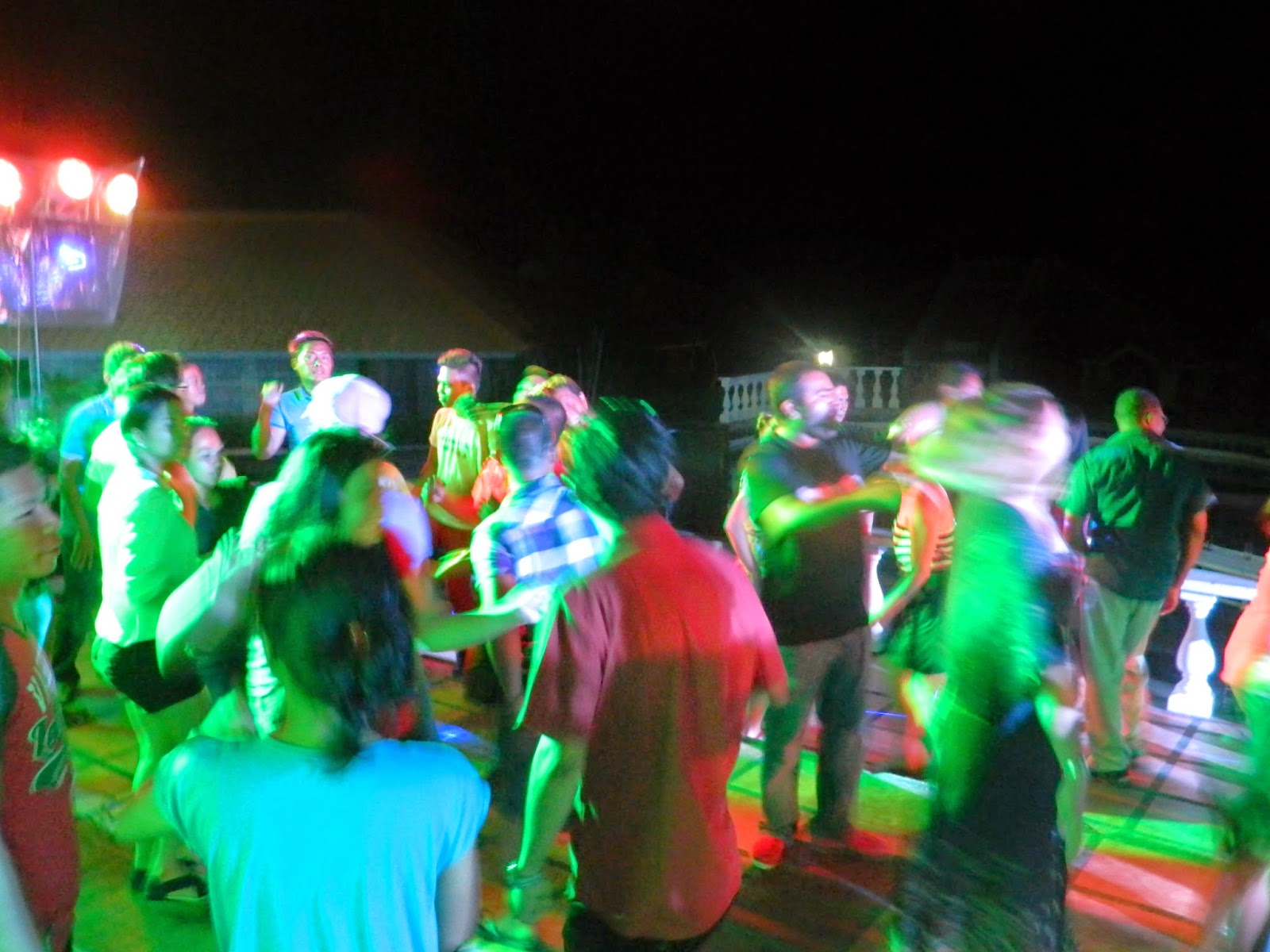 It was such a fun night, and so touching that so many of the staff gave up their Saturday night for us (there's three of us leaving this week) and put so much effort into the preparations before hand. I felt very special indeed!

I've just finished typing up my handover note, and am copying files across to the shared drive, but then that's it. I'm done. Finito. Shesh. Khalas. I'm really going to miss this crazy team! 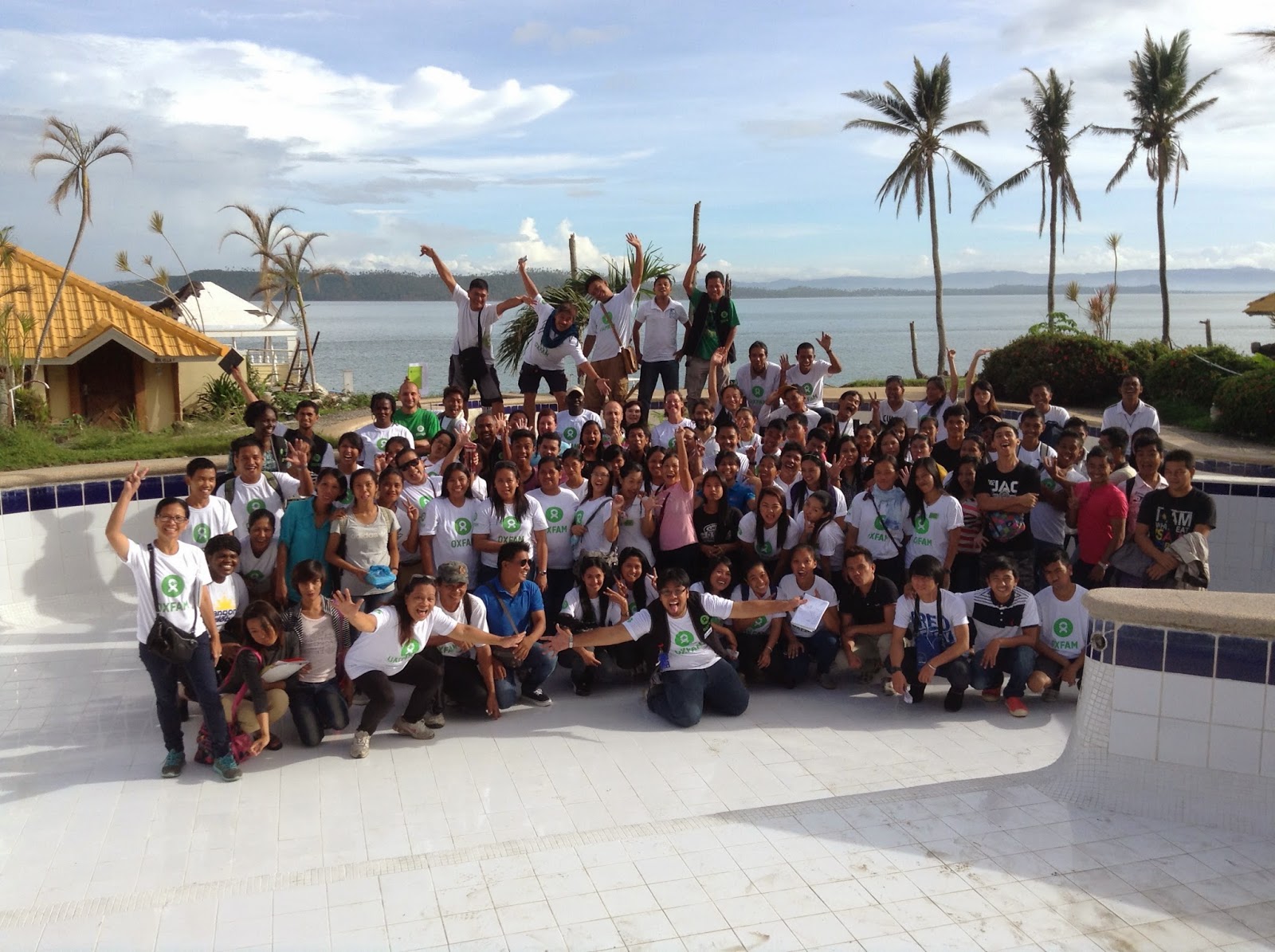 It's starting to feel very real that I'll be leaving Tacloban this time next Tuesday. It's crazy how quickly and slowly the time has passed at the same time. A whole bunch of colleagues have come down from Manila, and I haven't seen one of them since the last time he came...I would have thought it was two months ago, but it turns out it was four! Madness.

I had a debriefing with our response manager yesterday, and we talked through how the response has gone, the major challenges and major accomplishments. Seeing as I'd already spent three weeks in Cebu at the very start of the response before he'd arrived, I really struggled to remember what life was like in the days before Tacloban. But it didn't take long to remember the 17 hour days cooped up inside a hotel conference room, the fun I had hiding as many song titles as possible in situation reports (because I'm a professional....) and the camaraderie that forms so quickly when you spent so much time with motivated people.

In remembering my first days in Tacloban, I can't help but smile at the enthusiasm we had in over 100 volunteers who were distributing hygiene kits and managing huge cash for work and rice seed distribution projects, though still recovering from the typhoon themselves. We managed to recruit and retain most of these volunteers who are now working at a range of levels, developing new skills, and amazingly, retain the same sense of enthusiasm and excitement almost six months down the line. This is without a doubt the most inspiring office (ballroom) I've ever worked in.

And of course, it's been an opportunity to catch up with other international staff I've worked with before, and make new friends as well. I really learned a lot from our programme manager who was here for four months, he placed a lot of confidence in me and gave me the room to find my feet in management and also engaged me in areas outside my remit for my own development.

There has been a lot of stress, a lot of pressure and a lot of frustration, but there has also been a LOT of success, accomplishment, fun, friendship and karaoke (I think we've also done a lot to support the San Miguel corporation...). As my position has been made redundant this will be my last deployment with my current organisation, and I'm so glad to go out on such a high!
Posted by Carly at 11:58 AM No comments: