I got home last Friday. When I left the UK on the Wednesday afternoon there was no deployment on the horizon for me. On Monday it was decided that I'm going to Yemen!! I'm really excited about Yemen, as it's somewhere I've wanted to go for ages. Obviously the current situation doesn't really lend itself to lots of tourism, but I'm hoping I can at least get around Sana'a and check out the old city. I'm now just waiting for the visa to be processed and should be off by mid next week!
Posted by Carly at 2:26 PM 1 comment:

Puffins and Calves and Lambs...oh my!

I've been a very bad blogger, I know. Apologies for that. I got home a week ago from a month in the UK, which was a mixture of work and play, though more heavily weighted on the play. Since I had to go to Oxford for a forum I figured I'd take some leave and go up to the Isle of Skye in Scotland to stay with a colleague and friend of mine.

I spent an afternoon wandering around Glasgow, which was a really interesting town centre architecturally speaking. Also, there was a TARDIS selling ice-cream... 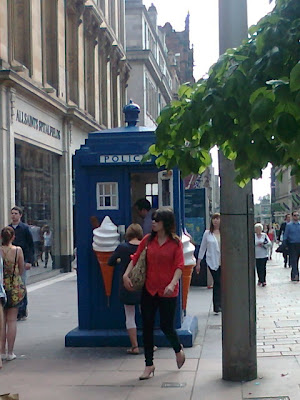 The following day, my friend drove us the long way up to Skye, which was gorgeous. I'd driven up to Edinburgh from England before, but the countryside on this trip was really something else. There are lots of castles in Scotland, but I think this one is the perfect size for me! (Eilean Donnan castle) 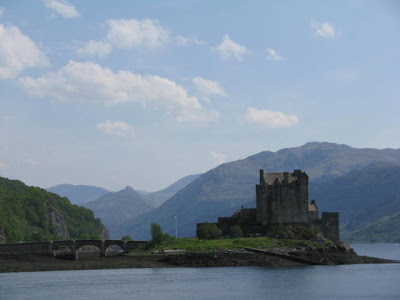 The topic that got me invited to my friend's house in Skye to begin with, was puffins. I'd been talking about them in South Sudan, and she mentioned that puffins spend time on Skye and the invitation was extended. After I'd been there for a few days, we went out with her neighbour's boat company, and very luckily saw two puffins! 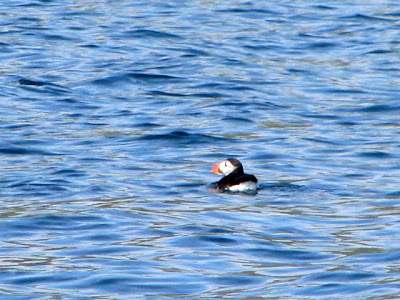 The neighbour had told me that it was a bit late for puffins and had warned me not to get my hopes up, so I was more than thrilled to see them....so cute!! 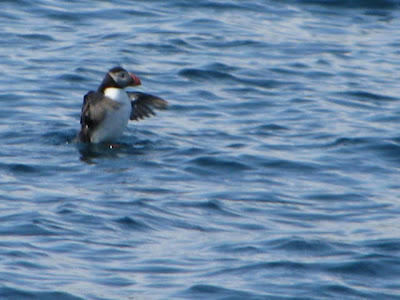 We were also very lucky to see a Sea Eagle, as her nest had been blown away this year so there wasn't any real reason for her to stick around. Can you see her? 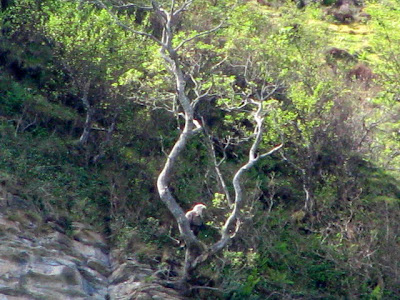 While I'm on the subject of wildlife, I got to meet another neighbour's new calves. She had 4 or 5, all different colours, but I liked these two the best. 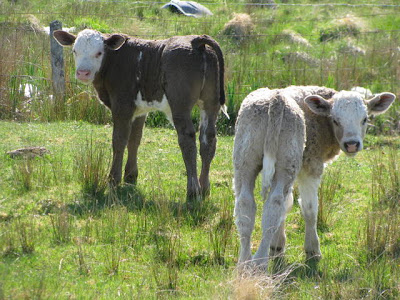 I'd been challenged to try and ride a sheep in Scotland, instead I patted these two adorable little lambs who'd been rejected by their mother. 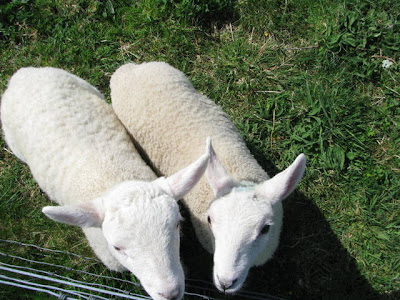 To round out the wildlife/farm animal section, my second favourite animal on Skye (after the puffins) was the Highland Cow (pronounced Coo). I didn't get to see a calf, which are ridiculously cute, but I think this one is a pretty good looking specimen! 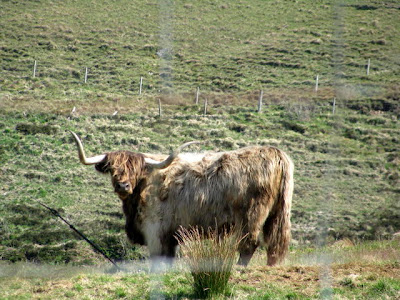 The weather was gorgeous. At no point when I was packing my bag did I consider that it would be hot on the Isle of Skye...but it was sunny and warm every day, and I think it even got up to 30 degrees one day. We went to Coral Beach, which as you can see is quite beautiful. The water looked really inviting, but a dip of the toe was enough to realise that while it was hot outside, the water was still freezing. 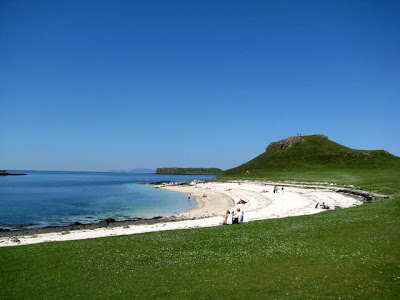 I took myself for a walk out to the Isle of Orensay (the bit in the middle), which was a nice walk. I had to dodge some protective mama sheep, but the view from the top was worth it. 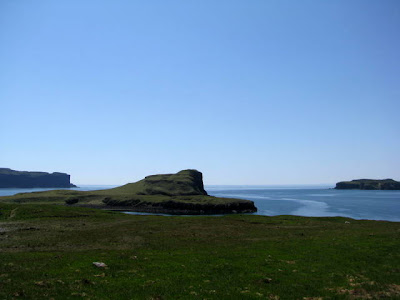 With such beautiful days, the sun didn't set until about 11:30pm 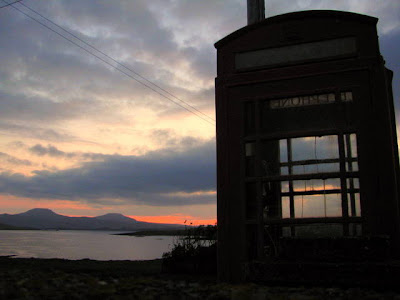 I couldn't tell you how many hours I spent sitting at the kitchen table looking out at the Cuillin Hills...absolute relaxation. My friend was a wonderful host; a fantastic cook, tour guide and storyteller all rolled into one. 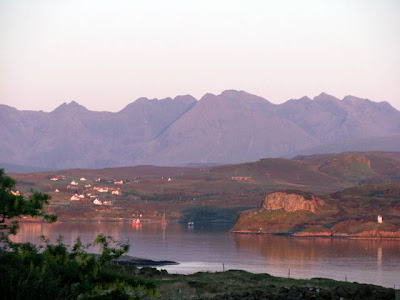 On the way back I spent part of the Jubilee weekend in London with my friend Adam, who was the reason behind starting this particular blog. We walked around Soho, and I stood in the middle of the road to take this photo...anyone know the album cover that this copies? 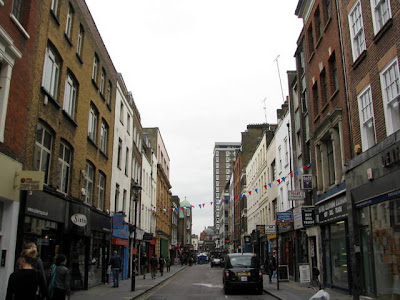 It already feels like a lifetime ago that I was out in the country, it's nice to be home though, even if it is just for a short time...
Posted by Carly at 1:57 PM No comments: