The only times I've been to Kenya were in winter, and I must say, I much prefer Nairobi in the summer! It's sunny and warm (in the high 20s) and I find it much easier to function when it's not below 10 degrees. Thankfully, a number of my friends are still here, I've moved back into the same apartment block, though a floor up to an apartment that has much more comfortable furnishings than the last one! And conveniently, the office moved in the months that I was away, it only takes a few minutes to walk - in fact, the longest part of my walk home is up the four flights of stairs!
The work I'm doing is a combination of fascinating and drudgery; I have to really motivate myself to do the more laborious bits and pieces and not focus solely on the innovative, interesting parts. But at least I get to do that in a nice building where my desk looks into a sunlit atrium, and not in the dreariness of cold England.
And perhaps most excitingly, I went into my old apartment yesterday to borrow some coathangers (I never truly feel like I'm "home" until I can hang up the few items I have that require hanging) when lo and behold I found an old friend... 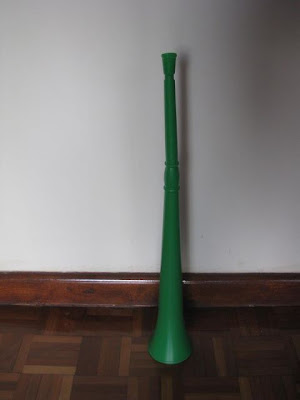 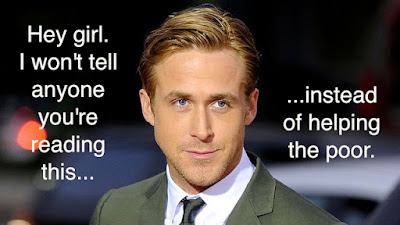 Courtesy of http://developmentryangosling.tumblr.com/
Posted by Carly at 2:00 AM No comments:

I was thrilled to pieces when I found out I'd be in the UK for my friend Charmaine's 30th birthday. On the weekend I journeyed 4 hours to get to Kent, for one of the best costume parties I've ever been to. With a Hollywood theme, there was a wonderful array of movie characters, including Harry Potter, the boys from Brokeback Mountain, ABBA, Catwoman, and of course: 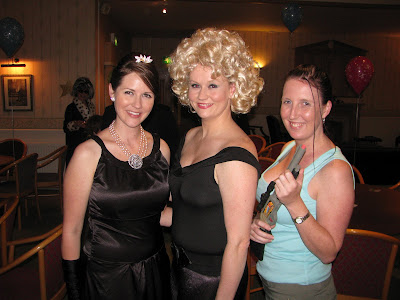 Holly Golightly from Breakfast at Tiffany's, Sandy from Grease, and Lara Croft from Tomb Raider. It was so great to catch up with Chaz (whose Sandy impersonation was superb) after a good 5 years at least and to have Jules there as well (who actually did fly all the way over from Australia) was brilliant! 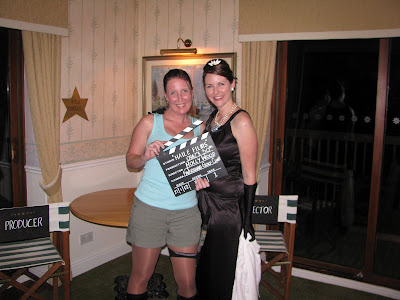 There was much reminiscing about high school, and it's nice to know that some things never change.
Posted by Carly at 12:31 AM No comments:

Letter to and from the NYT Public Editor

Recently, the internet was up in arms over an article that was published in the New York Times by a reporter who stopped at nothing to get 'the scoop' on a young Afghan girl who was brutally tortured by her husband and his family. A scoop that had already been reported by another news organisation. The reporter, Graham Bowley barged his way into her hospital room to further interrogate her to tell the story that had already been told.

The team over at Wronging Rights brought the reasons (and there are numerous) why this was a horrendous practice to the attention of many, and included a form letter (or email rather) to send to the editor to express our anger at this, which read as follows:

I recently read your reporter Graham Bowley’s description of his attempts to interview Sahar Gul, an Afghan girl in her early teens who was the victim of horrific abuse at the hands of her husband and in-laws. Bowley states with apparent pride that he “pushed past ‘no,’” and interviewed her after hospital workers informed him that she did not wish to speak to reporters, and was too psychologically fragile to repeat her story.

It’s difficult to formulate a response to this story that does not begin with the words “what the…” As Bowley notes in his article, Gul had already been interviewed by other news organizations. Her story had been told, and was already available to the press and public. Bowley was not adding substantial new information through his reporting (the mango juice does not count). Rather, he appears to have returned to the hospital to soothe the burns to his ego from getting scooped by the AP.

How is it possible that this was not only acceptable journalistic behavior for a Times employee, but that Bowley and his editors saw fit to crow over it by publishing a blog post about the reporter’s heroic success in overcoming the resistance of a traumatized child?

I sent off the email, and have just now received the following:

Thanks for your message about Graham Bowley's coverage of Sahar Gul, the young Afghan girl. I am concerned about the girl's privacy as well and have raised the question with the Foreign Desk. I do concur that news organizations should be careful to respect the privacy of crime victims. This is a case where, I believe, the benefits of doing a story were outweighed by the potential harm to the girl.
Best,
Art Brisbane
public editor

hmmmm
Posted by Carly at 4:16 AM No comments:

I was all geared up for a two month stint in HQ, prepared to enjoy the benefits of being based in a nice city, with (very necessary) hot showers, and drinkable tap water and a whole crew of good mates. Unfortunately it turns out due to visa restrictions I'm only really allowed to be here for 2 weeks.
So I'm heading off to Nairobi (as some of the work I'm doing involves a couple of countries in the region) to sit in the office there - I wasn't prepared to fly all the way home and manage a 10 hour time difference. Now I have to squeeze in all of the things that I wanted to do in 2 months into the next week (well, Stonehenge is out of the question now)...can't say I'm going to miss the freezing temperatures in the UK!!
Posted by Carly at 2:02 AM No comments:

After about 70 days at home (probably the longest stretch since the great unemployment of 2009) it's time to say farewell to the home cooked meals, family and friends and pleasant weather and choof off to Oxford for 2 months. Well it might be 2 months, it might be less...who knows!
Spare a thought for me, I've got 24 hours on planes and a couple of hours on buses ahead of me before I hit the cold of Oxford!
Posted by Carly at 6:34 PM No comments: