A painting in a Cuban-inspired bar in Nairobi... 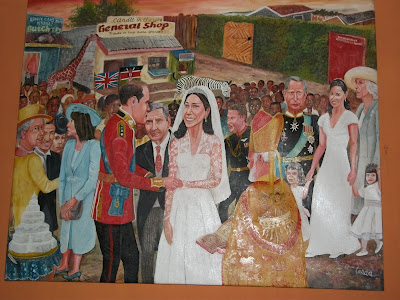 Granted, I didn't get to actually watch the royal wedding as I was in Liberia and at work, but I'm pretty sure there wasn't a zebra or a giraffe involved...
Posted by Carly at 9:30 PM 3 comments: 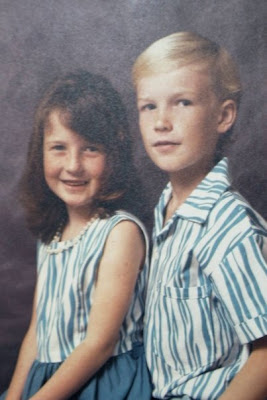 This time last year we were celebrating in Japan...how quickly a year goes!!
Posted by Carly at 4:01 PM No comments:

Phone calls from friends, heaps of wishes on facebook and email, a trip to the cinema to see Harry Potter (a 45 min late taxi and bad traffic caused us to get horrible seats down the front and to the side which made the 3D a bit difficult!) and then some wine and cheese at a swanky bar all made for a lovely birthday yesterday.

As did the complimentary tiramisu from the restaurant after overhearing it was my birthday! 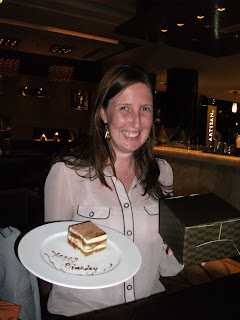 Happy Birthday to me!!

I'm not quite sure how it feels to be 29 yet, I've only been up for a couple of hours but they have been a couple of excellent hours. First there was the unprecedented level of water pressure in the shower, then my hair dryer didn't cut out until I'd actually finished drying my hair (something that can't always be counted on), then there was a lovely phone call from Ems, and THEN there were pancakes for breakfast! And that was all before 8am.

Hoping to see the new Harry Potter movie tonight which will top off the day nicely...now all I can do is hope that the working day is as good as this morning!!

And before Steve, James or Rowan make a comment on how old I am, may I remind them all that they remain years older than me!! :-)
Posted by Carly at 4:09 PM 2 comments:

The UN declared famine in two areas of Somalia today. It's hard to believe, that in the 21st century, such a situation can exist. Responding in Somalia is of course complicated by the lack of control of the Transitional Federal Government and the widespread presence of the terrorist organisation Al Shabaab. So preventing the famine from spreading will be extremely challenging for the humanitarian community, even with Al Shabaab's recent statement allowing access for muslim and non-muslim humanitarian organisations.

More money is needed: of the $1 billion needed by the UN to address the needs in East and the Horn of Africa, only $200 million has been "stumped up." What concerns me is the prevalence of 'starvation pornography' that has accompanied different agencies' appeals for this crisis. Katy Migiro has written an article for alertnet entitled "Starvation Pornography: how many skinny babies can you show me?" which accurately sums up how I feel. As signatories to the Red Cross Code of Conduct, NGOs commit to 10 principles, the last one being:
In our information, publicity and advertizing activities, we shall recognize disaster victims as dignified human beings, not hopeless objects.

Obviously, there are some not holding up their commitments. You may not remember, but I certainly do, that I did a story on Pakistan about malnutrition. I saw the 'skinny babies', I sat with their mothers, I held back the tears at the sight of such sick children. And I think it's despicable to try to raise money by using such images. 2.85 million people are affected by the food crisis in Somalia; yes, they are victims of war, of poverty, of starvation. But they are humans, with dignity and strength unimaginable to most of us - could you walk for 10-14 days, carrying your children with little food to eat, and avoid the wild animals and armed men along the way, only knowing that the situation in Dadaab, the world's largest refugee camp, can't be worse than where you've left? I couldn't. But thousands of people are making that journey every day. And their suffering shouldn't be objectified.
Posted by Carly at 2:18 AM No comments:

It's been a busy week

Not a lot to tell really, my life is get up, enjoy eating our cook Florence's pancakes or eggs, go to the office, many hours later come home, eat more of Florence's good food, read for a little while, sleep. Rinse and repeat.

So in the absence of anything exciting to tell you, here's a video of a dog and a rock.

That being said, I am hoping to get along to the Gor Mahia game this Sunday...
Posted by Carly at 9:16 PM 1 comment:

I was invited along to a soccer match today, and we threw our weight behind Gor Mahia, described as "the Liverpool" of the Kenyan Premier League. We dressed in whatever green we had and made our way to City Stadium - not the usual home venue for the Gor, but apparently they'd been kicked out of the nicer stadium because the fans got a bit rowdy last time and started throwing rocks. We were assured that this week would be better, because it was highly unlikely that any of the Thika United supporters would be in the crowd.

For some reason, we'd been advised to arrive around 12:30...2.5 hours before kick off, which was absolutely unnecessary, save for the fact that the friend of our colleague who had the tickets was running very late. So we made some new friends in the meantime... 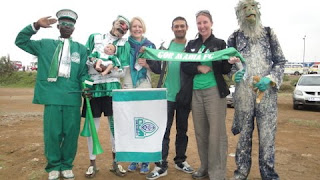 "The General," "The weird one with the horrifying baby doll that will give us nightmares," my colleagues E and C, and "The GORilla." We'd been told by the colleague that invited us that The General is at every single game, always dressed to the nines. From a distance, I thought he was an older gentleman, and up close, it was difficult to determine how old he was. E asked him when he first started going to Gor Mahia matches...he said 1968, and it took us a second to realise that he meant that was when the club started. Turns out he'd been going to games since 2005 - that was a bit disappointing really!

From our vantage point in the VIP zone (tickets for which cost 400 shillings - $4, rather than 100 shillings - $1) we'd noticed some of the spectators climbing up the towers for a good view. 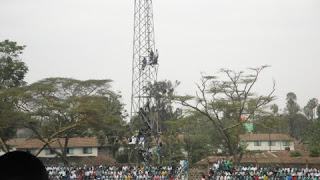 And perhaps 15 minutes into the match, play was suspended as it was demanded that they all climbed down. So that was the first delay.

There were a few injuries, and the ever safety conscious Kenya Premier League made sure to run on stretchers to take the injured players off the pitch. Both times this happened the player immediately stood up without assistance once reaching the sidelines, and walked off. 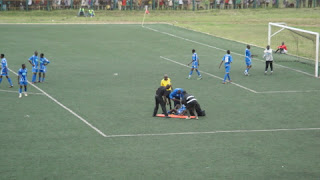 Another sterling delay to play was one of the goalkeeperss stripping off mid-play to get a bit of a back rub and stretch. I'm not sure if he was kind of injured or just having a laugh, but he got a yellow card for it, which reinforced to me (as someone who really hasn't watched soccer in many years) that this wasn't the norm.

It must have been about half way through the second half, still 0-0 when the vuvuzela salesman was pointed out to me. I'd said that I wanted one, and buy one I did. We'd already purchased some Gor Mahia t-shirts, but now I felt like a true fan. 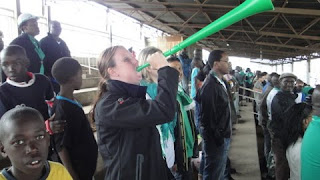 It's not as easy as it looks, and it really hurts the outside of your lips, but I managed to make some pretty decent buzzing noises.

We won the match 1-0, the crowd went wild and all was well. While I did promise my housemates that I wouldn't use the vuvuzela as an alarm clock for them, it's going to be mighty tempting tomorrow morning, knowing that I'm usually up a few minutes before them...
Posted by Carly at 5:07 AM 3 comments:

South Sudan officially became the world's newest country today. One of our staff in South Sudan has written a beautiful piece about what this day means to her.

“This weekend we will go to the celebrations, we will dance. There will be dancing from all the tribes in South Sudan, and together we will show the happiness we feel for this new country and a new beginning. Independence Day for me means that my children will not have to live like I lived. I grew up in fear, I slept nowhere and everywhere, I ate quickly – always on the move. Now my children know that they can be whatever they want, and they don’t live in fear. Before there was nothing, now we have a future."

You can read Aguet's story here.
Posted by Carly at 7:09 PM No comments: 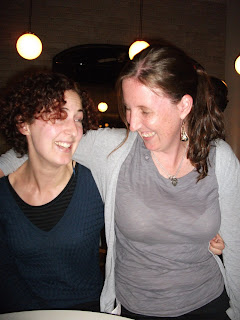 Such a shame that we only got a week and a half of overlap instead of being in the same country for the first time in 3 years!!
Posted by Carly at 6:38 PM No comments:

From the horse's mouth

People who know me, or who have been reading this blog for a while will know that whenever I'm working on a particular response, I encourage people to donate to the particular agency I'm working for. Instead of writing that this time, here's something a bit different...

I wish I'd worn make-up that day! But seriously, this is a massive crisis that requires a massive response, and contrary to what some may think, donations from the public do play an important part in helping us deliver essential services to those affected by the drought.

So if you can, please donate to the East Africa appeal.
Posted by Carly at 6:32 AM No comments:

Been doing a lot of editing today, a lot of copying and pasting, and a helluva lot of typing. And when that happens, there's one song that particularly gears me up.

Incidentally, the title track from one of the greatest superhero movies of all time!!
Posted by Carly at 2:08 AM No comments:

Chained to the desk

Well, not really. I'm hopping up and down every few minutes to track someone down to talk about Kenya, Somalia or Ethiopia. I've almost been in Nairobi for a week, and the response to the regional drought is going to be massive. Thankfully for me, two of our country programs (Kenya and Somalia) are in the same building as our regional office, which makes chasing after people so much easier.

There's been lots of press coverage of the situation in the region; if you haven't heard, this is the worst drought in 60 years. So there's a lot of work to be done, and I'm looking forward to the challenge of not only looking after three countries, but working with other affiliates of the organisation. Yup, it's going to be VERY challenging!!
Posted by Carly at 3:22 AM No comments: