Other adventures in Sindh

Thankfully, it wasn't all overbearing emotional work in Hyderabad and Thatta. On my first night in Hyderabad, my friend Frog who's based there took me to her local eatery... I was able to have a very brief visit to Makli Hill in Thatta, while a colleague finished up a meeting. I wasn't entirely sure what it was, as the man who (inevitably) came up to tell me what I was looking at could only say things like "stone from Saudi" or "Turkish wife," but I came to the understanding that I was in a huge cemetary. 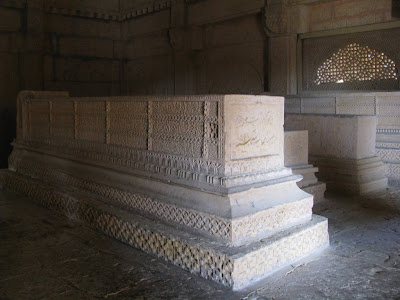 I believe "Turkish wife" was the small one on the right.... 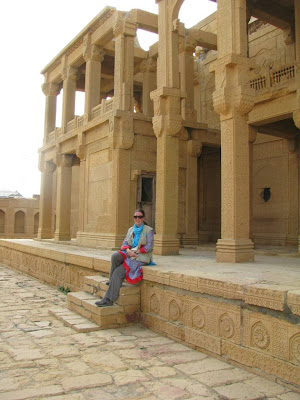 It seemed like an impressive place (though, like Taxila, a shame that UNESCO isn't doing more to preserve it) 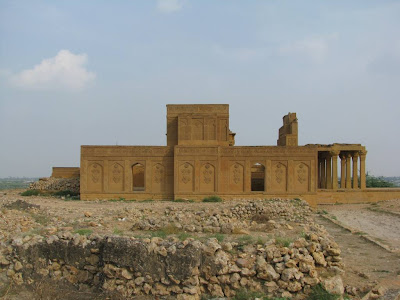 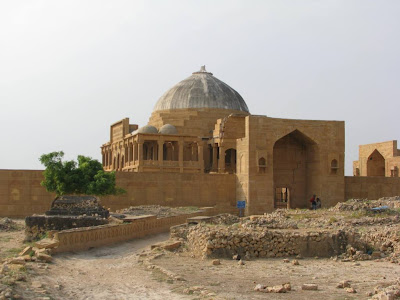 And it was a shame I only had about 20 minutes and couldn't get around to see more of the tombs. I did spot this though... 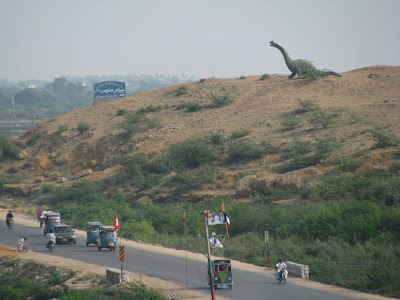 Pakistan - where the dinosaurs are!
I also visited the Churi Bazar, or Glass Bangle Bazar in Hyderabad, which is apparently the birth place of glass bangles. You really can't imagine how much bling there was. I went with the film crew and we had a great hour or so wandering around. Unfortunately I didn't take my camera with me, but fortunately I was with a professional photographer, so when he sends me through a couple of pics I'll put them up.
The other standout from my visit was this little guy: 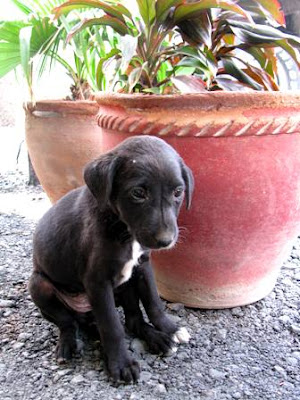 We were waiting for our car outside the district health office and he was sitting in the driveway. There were some painters working nearby and for some reason, one of the painters kicked him. The poor little guy was in shock and not moving. I went over and patted him for a while and he still didn't move. So I picked him up and moved him out of the driveway to a nice shady spot. I didn't want to leave him there, but I had to. :-(
Posted by Carly at 9:04 PM