Ingebjorg bought herself a new camera lens and since we're planning a super duper secret photoshoot we decided (since it really wasn't beachy weather today) to go to the souk and do a trial run. Unfortunately the abandoned hammam (bathhouse) we wanted to shoot in was closed, but we were told of another one.

The Hammam al Jedid is an Ottoman era bathhouse that's been closed since the 1930s. It's in much better condition than the other one we'd seen, and we actually had to pay to go in. There's a lot more light which was good for photos, but it's not as atmospheric. The guy who owns it also kept coming in to see what we were doing which was a bit annoying, we know at the other place they'll just let us in and leave us to our own devices.

Anyway, here are a couple of the shots... 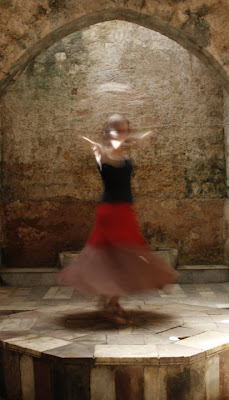 Putting on my scarf 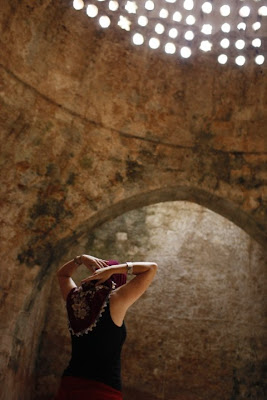 Ingebjorg has called this one "going native" 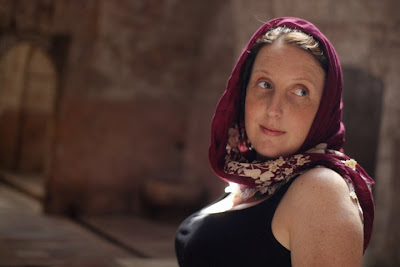 I'm not a natural in front of the camera, so I think it makes Ingebjorg's work all the more impressive!
Posted by Carly at 1:05 AM