I don't think I'd ever met an architect before I moved here, and now I'm surrounded by them (unfortunately, none of them are Ted Mosby!) Today, my friend Jenan invited a group of us for a bit of an architectural tour of Tripoli, which of course had to start with some hommus and then some coffee, and THEN the tour began.

First stop was the public garden in Tel, 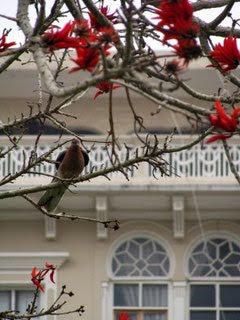 We then headed into the old city, and somehow managed to end up being shown into an old hammam, a bath house, which hasn't been used in a very, very long time. You can see the reflection of a star that the pattern in the roof makes. 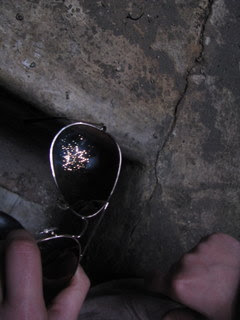 There was then a brief window of opportunity to look inside the Grand Mosque...it wasn't particularly grand... 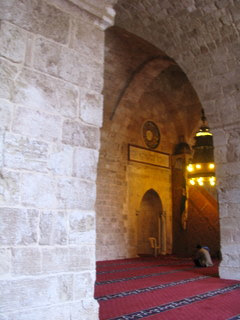 We called in to Kahn al Saboun (the soap souk), which made for some interesting photos 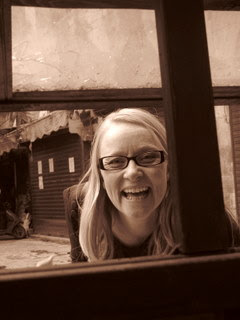 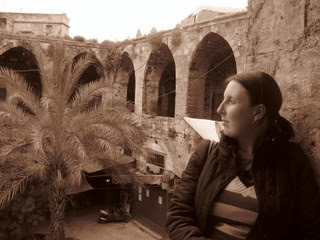 And a view of the elusive citadel. Now I know where it is, I can finally visit it! 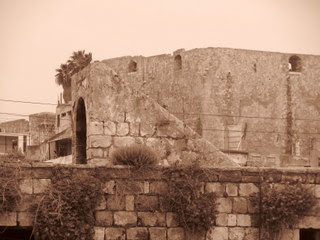 We then found another hammam, this one is only for men, but they let us check out the front room. 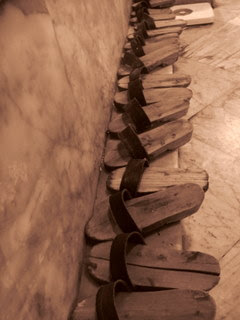 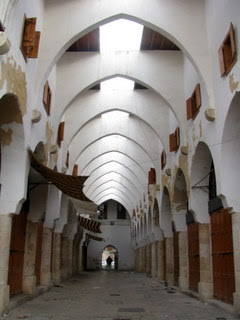 including Sharkass soap (I'm told the Sharkass are a race of people from near Russia, it's not actually soap made from shark asses)... 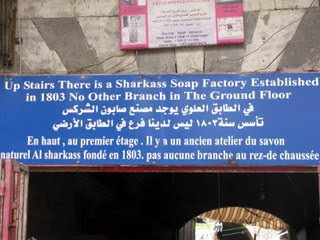 After a tea break, we headed down and then up what had been described as the "depressing staircase" to see this sign. 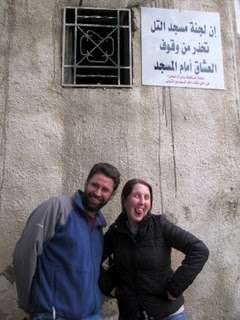 That conservativeness was balanced out by this nice grafitti... 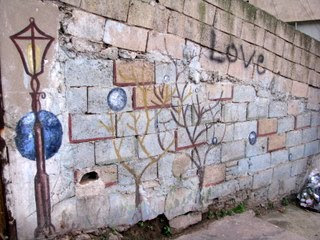 There are many more photos to show, I'll put them up on picasaweb in the coming days (my internet is about to run out in 10 minutes!!) It was great to explore Tripoli with two locals, and a total of 5 architects, and to walk down alleys and corridors that I would never have found myself. A wonderful Sunday afternoon!
Posted by Carly at 2:06 AM