"Never get involved in a land war in Asia"

Truer words were never spoken than those above by Vizzini in The Princess Bride, with the one exception of playing Risk. After much empirical study into this, a select group of people involving myself discovered that whoever conquers Asia usually conquers the world, but only if they've got an army substantial enough to defend the many borders.

I was surprised to read that Sony is planning to release a movie based on the classic boardgame. How on earth will they turn such a variable (indeed, the first non-linear boardgame) game into a movie? Will it be an epic tale of warfare, following many armies as they gamble their lives to take new territories, or will it be an American-centric gung-ho adventure? Or perhaps a Jumanji-esque undertaking? Will they base it on the traditional game, or go for one of the spin-offs like Lord of the Rings Risk (which I played in a hostel in New Orleans this time last year) 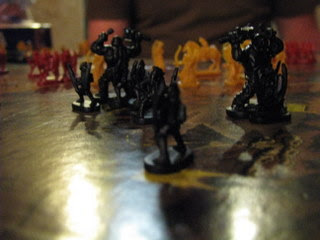 ...they could just cut and paste bits that have already been filmed and save some money!