I was back in Nahr el-Bared yesterday; rolled out as the token Aussie to meet the new Australian Ambassador, which of course was no problem for my charming self. Being with a VIP meant that I actually got to go down to Package 1 and see the antiquities that are causing such a fuss. 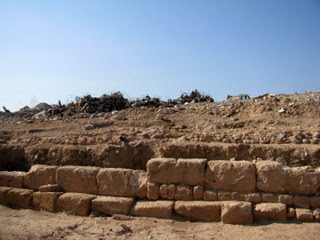 What you can see below is a pretty intricate drainage system with a number of pipes overlapping...those Romans were a clever bunch... 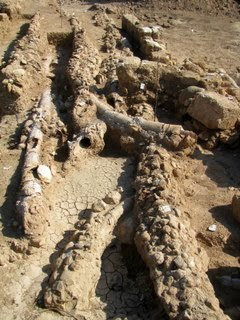 Since we were with such an important person, some of the workers had to stop their machinery while we were there, including these Handicap International UXO clearance workers (i.e. the most hardcore people ever!) 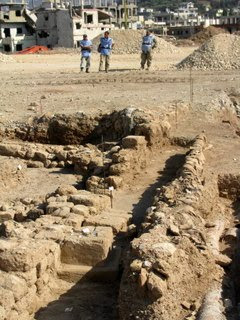 We took a drive through the E Prime area, and see if you can see what I spotted in the photo below (hint: look in the middle of the shot and maybe squint a bit) 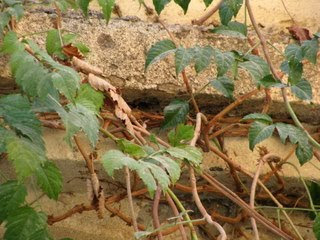 It's a teeny tiny mouse. Anyway, there was lots of work going on, bulldozers and men breaking up buildings with sledgehammers, or just standing around posing... 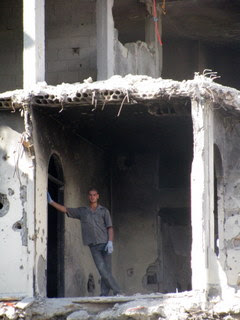 We then headed to one of the newer blocks of temporary accommodation, where we were shown some pieces by a resident artist, who'd formally been an art teacher at Beddawi Camp. 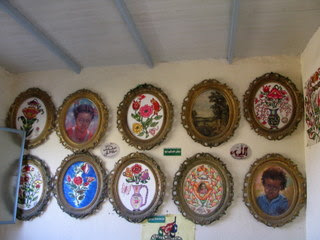 He gave us each an A4 drawing to take with us which was very sweet. And of course there were lots and lots of kids hanging about, gawking at the white people (because there about 7 of us)...and they were very cute kids. 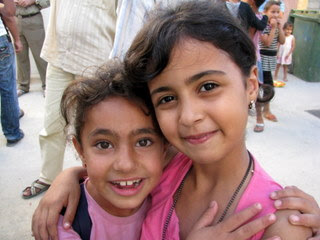 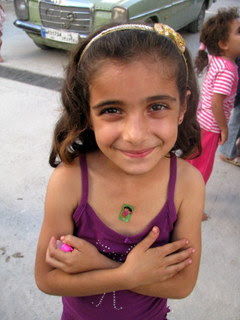