Our housewarming party on Friday night was a great success, full of good food, good drinks, and good dancing. To get the evening kicked off, we'd decided to regress to college days with tequila shots...well those of us brave enough... 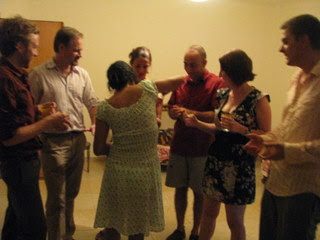 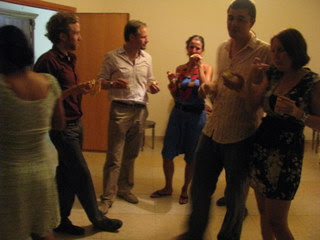 It was a pretty laid back evening to start, hanging out on the balcony which every agreed was the largest in Tripoli! 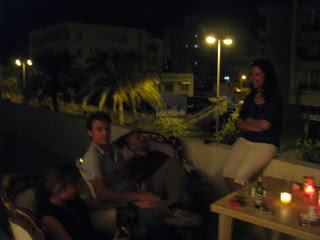 But once the tequila had kicked in, Yassmin and I got the dancing started, and it didn't stop till 3:30am...there was even a one man dance off... 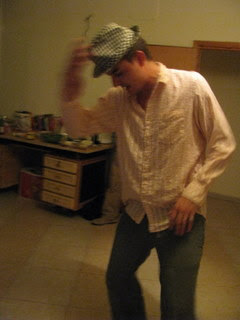 Our house is now suitably warmed!

After getting a decent sleep in, and doing nothing more than watching a few episodes of True Blood during the day, a few of us headed down to Beirut to Bob's for another party, which thankfully ended up being more of a quiet gathering. The differences between Australians, Brits, and Americans (and Norweigans and Danes come to think of it) proved for hilarious fodder (but tell me, is there anything wrong with pronouncing poor, pour and paw the same way?) and even though it was a quiet night, we were still up at 2:30.

Yassmin and I left relatively early this morning to come home, and I cringed when she told me we had to go to another party tonight! Thankfully, it's been cancelled so I can enjoy a lazy G&T on the balcony instead! I've just heard my first thunder since I got here 2 months ago (happy anniversary to me again) and hopefully there'll be some rain to cool things down a bit.
Posted by Carly at 2:45 AM