As south as Saida

Yassmin, Ahmed (her brother) and I hopped on a bus yesterday, firstly to Beirut and then down to Saida. We'd actually hoped to go all the way south to the border with Palestine, but our permits didn't come through in time. So we settled on Saida and actually had a lovely couple of hours exploring.

The first stop was for some refuelling, in the form of felafel, and I noticed this: 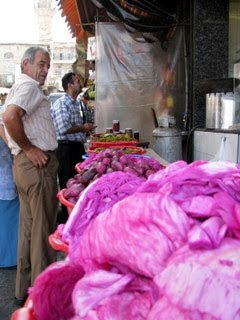 all the vegetables were dyed pink. 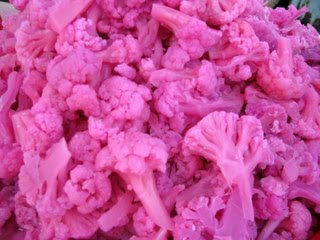 I'm guessing it was from one particular vegetable, which I don't like. It kind of has the consistency of a turnip, but its being bright pink is its only redeeming feature.

Anyways, we took our lunch to the Chateau de la Mer (the Sea Castle), which funnily enough, was an old castle (13th century) on the sea. 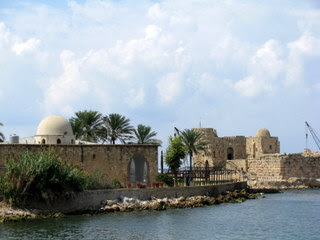 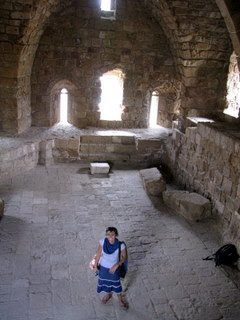 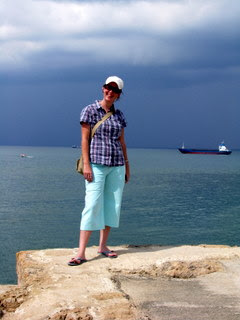 We then strolled up to the old souk, where we found the soap museum. It was a fantastically renovated old house that now explores the history of soap. 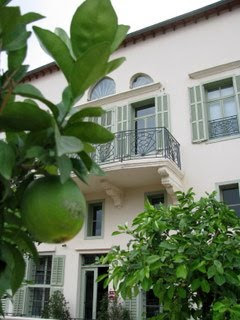 I'll admit, we didn't really read much further than saponification, but had a bit of fun anyway. 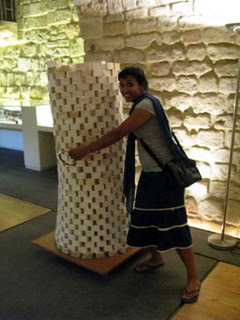 After more wandering through the souk we jumped back on the bus to Beirut, as there was supposed to be a Palestinian hip hop show on. But something put a stop to that: 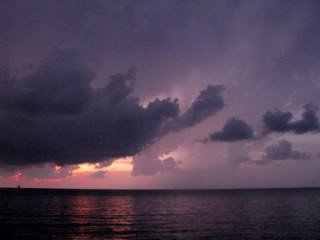 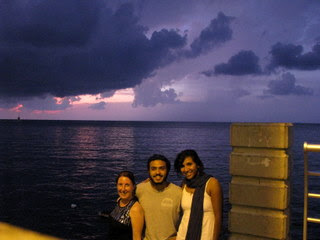 the heavens opened and down it came. We ended up going to a dive bar with the friend of Yassmin's who kindly put us up for the night, and we had a great night chatting away to various people. I really do need to spend more time in Beirut and make more friends that I don't work with!!
Posted by Carly at 8:44 PM