According to the Citizen's Council for Public Security, Ciudad Juarez has the world's highest murder rate (130 murders per 100,000 inhabitants), followed by Caracas, Venezuela (96), and the US city of New Orleans (95).

I had a brief sojourn into Juarez last year from El Paso (I also went to New Orleans, but I miss out on the trifecta as I didn't get to Venezuela), and even though it was the middle of the day on a Sunday, I felt really unsafe and hightailed it out of there.

But not before stopping to get a burrito from Manuel... 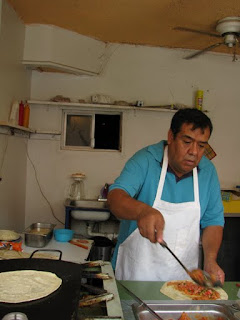