We were two pretty excited kids on Thursday afternoon. After another interesting day in the field, we were driven to Cagayan de Oro, where we were going to fly to Cebu from. We had a few hours to kill so we hit the mall, and had major shopping success. It was eventually time to go, and some time later that night, we were sitting back in our hotel in Cebu City, enjoying a cold beer.

The next morning, after finding ourselves some decent coffee, we were picked up by the Alegre shuttle, and whisked away to luxury. The scenery along the way was pretty stunning, and a small storm couldn't detract from the excitement. By the time we pulled up at the resort 2 hours later, there were blue skies and the most amazing blue/green waters awaiting. But first, there was the bungalow to check into.... 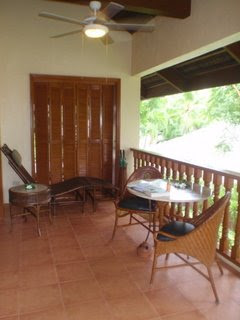 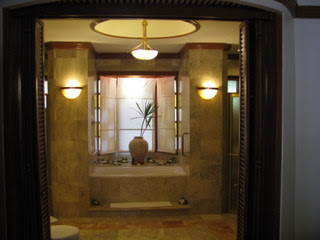 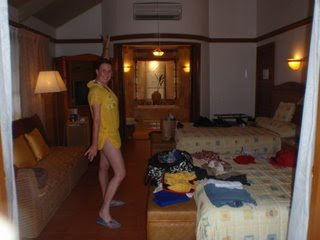 One of the things I decided I love about resorts is the lack of pants expected. My bright yellow cover-up (one of my purchases from the previous evening) and occasionally my sarong were all that were expected of me to wear...love that!

We wasted no time in convincing the water sports guy to hire us snorkels for 24 hours rather than till the end of the day (Nic's our top negotiator). Once I'd gotten used to the sound of my own breathing (and gotten all the "Luke, I am your father" jokes out of my head) I was amazed at the under water life; yellow fish, blue fish, orange fish, white fish, starfish, jellyfish... 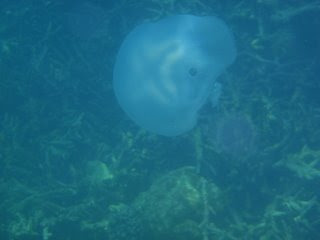 After about an hour of snorkeling, we took up residence on some deck chairs in the shade and read and read. A quick dip in the pool was in order 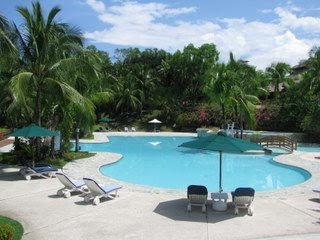 And then we headed out for the complimentary boat ride 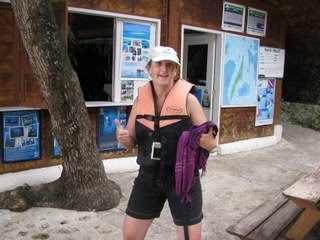 which, life vest hilarity aside, was uninteresting but relaxing. The flying fish that kept bursting out of the water kept me entertained for the whole hour.

The sun was most definitely down, which meant it was cocktail o'clock. We ordered a drink each 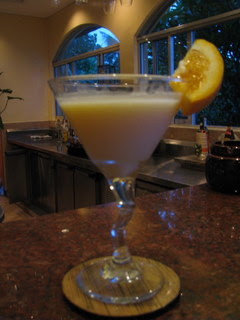 and then asked to see the wine menu...it was much cheaper for us to each drink quite a few cocktails than it would be to order a bottle of wine...we weren't too fussed really! Dinner was superb, with the sounds of a three piece band playing in the background. There was only the two of us, and another couple sitting around, and the band wandered over to take requests. 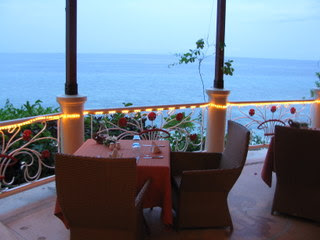 They sung a couple of Filipino songs for the other couple and then came over to us. "Love song?" they asked. "No, no love songs!!...know any Beatles??" They were cute.

The next morning dawned bright and early, and after a pretty scrumptious breakfast buffet, it was definitely time for more snorkeling...it was time to find Nemo! 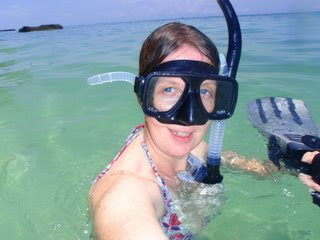 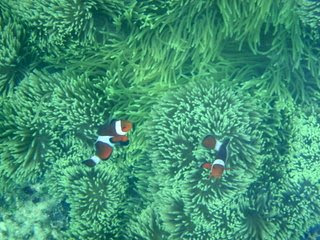 It was another splendid hour or so in the water, followed by more of Persuasion. A little while later, one of the staff came up and asked if I'd be interested in seeing some giant clams. Why, yes of course I would! I swum out with some guy, much further and in a different direction to where Nicole and I had been previously, and yeah, giant clam... 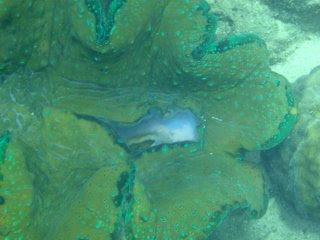 We had to check out at 12, and sadly said goodbye to the Alegre Resort. The ride home was made a bit more interesting by the incredible storm that hit. The gutters were overflowing, and there was one street we went down where I was very glad we were in a mini bus...we watched a taxi go through with water up to the windscreen!

We had one night left in Cebu, and over a few beers and conversation with a young Aussie guy (the type of Aussie traveller that gives Australians a bad name) we decided to head to the Ayala mall where the cinema was to see what we could find for dinner. After tossing up the idea of Mexican, we were absolutely delighted to find a Mexican place, complete with beer tubes...we got 1.5L of beer that came in a tall plastic tube with a tap on the bottom. We then paid about $4 to go and see "Ghosts of Girlfriends Past"...which hit the chick flick spot.

The trip home yesterday was made all the more interesting by me having developed some weird sickness. At first I thought I was just a bit hungover, but then decided I really hadn't drunk that much and shouldn't be feeling so crappy. It was a sad end to such a fantastic weekend...but the good stuff absolutely outweighed the bad!!
Posted by Carly at 11:38 AM