Don't cry for me Cotabato

I wasn't expecting much from my farewell last night, I thought maybe 20 people would come (and there was that part of me that didn't really think anyone would show!), but it was an absolutely fantastic night, with definitely more than 20 over the course of the evening.

The guys from the logistics team (who I barely knew) bought me a cake! 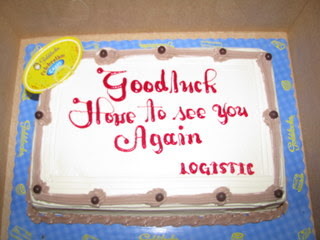 And barring about six people in this photo, they were all logistics. Unfortunately they had to leave quite early as a lot of them live closer to our warehouse on the outskirts of town. 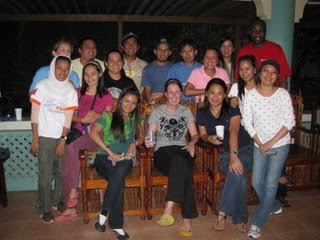 Luce spent the entire day cooking up an absolute feast, which was almost entirely devoured (what's on the table was maybe only a quarter of it!) 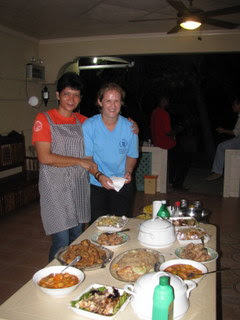 I shouldn't have been surprised that the office had a karaoke microphone thing, and it only took about 20 minutes before it got switched on and the real fun began. 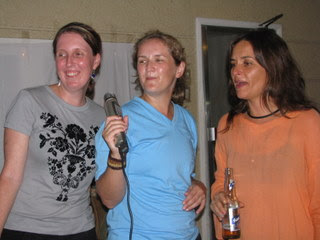 (Me, Nic and Carmen from MSF) 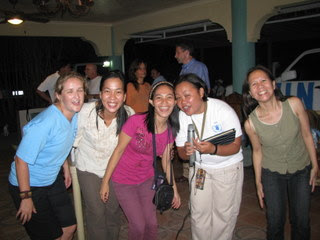 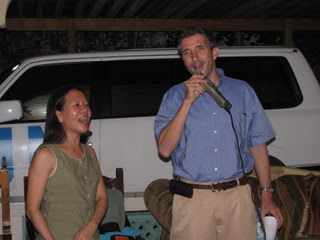 That's the wonderful thing about karaoke, it really brings people together. It doesn't matter how senior you are (like the Country Director above) or if you're from a different agency (friends from IOM, MSF, and ACF all had a great time), karaoke is the glue! Karaoke and alcohol... 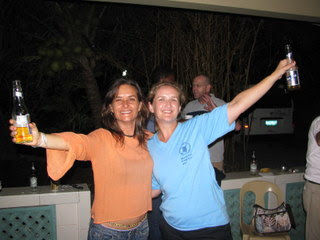 There was much fun to be had, 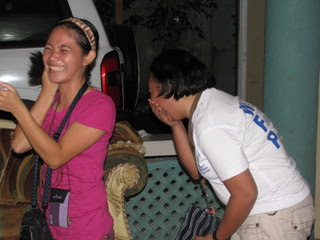 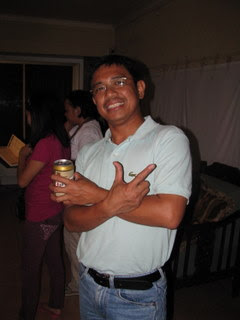 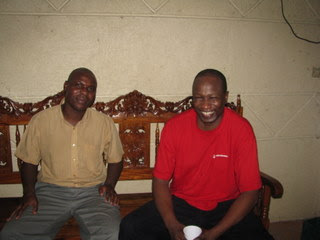 (My housemates Bernard and Ben)

and a smile was permanently plastered on my face... 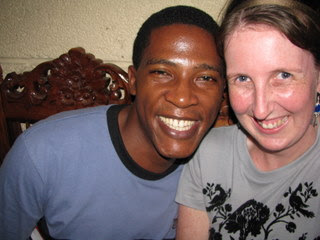 (Davin from MSF and me) 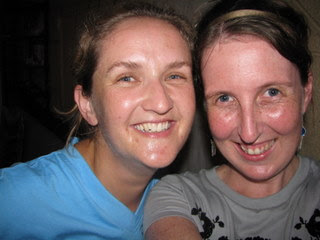 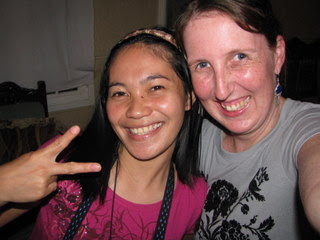 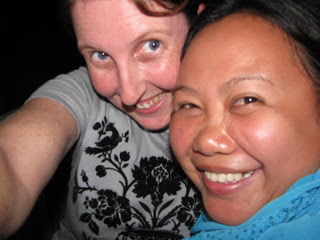 Steve, the Country Director, gave a very nice speech about the good work I've done, and not just with humans but with felines as well. It's always nice to feel appreciated.

And then there was more karaoke!! Videos to come later...

It's been an interesting couple of months, challenging for sure, but a lot of fun as well. I'm going to miss my crazy colleagues!!
Posted by Carly at 11:10 AM