The training course finished today after a very full on couple of days, with lots of extremely experienced and interesting individuals. And it was nice that while I may have been the youngest person there, I was definitely not the least experienced!

I'd asked one of the course administrators who else was staying in Limerick tonight, and she took that to mean I had a very awesome program in mind and stuck up a piece of butcher's paper saying "if you're staying in Limerick talk to Carly." So a few people came up to me and asked me what I had planned, and the only logical answer was "a grand adventure!" I was woken up this morning by the sound of torrential rain, and was convinced the whole day was going to be a write off. But by the time we'd finished lunch the rain had stopped and blue skies were peeking through. When it came to the crunch it was only Lisa (a fellow Australian) and Annick (a French Canadian) who joined the grand adventure: 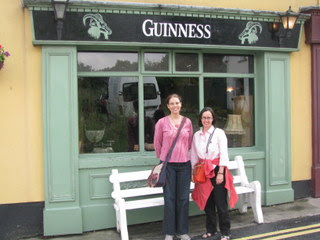 We started with a stroll through the main street, which wasn't particularly charming, but nice enough 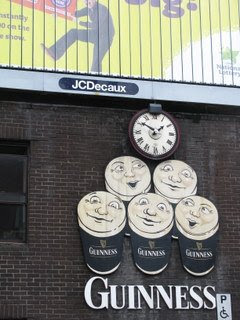 and kept strolling until we reached King James castle 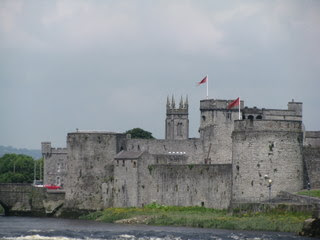 We didn't go inside, and it looked much more impressive from this angle than up close! The neighbourhood around the castle was very quaint with lots of brightly painted houses and doors (I'm a sucker for blue doors, and if you check out my photo site this will become quite apparent from today's adventure!) 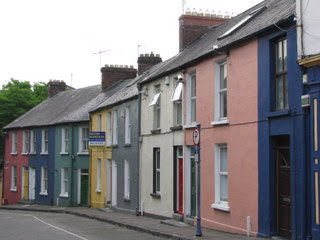 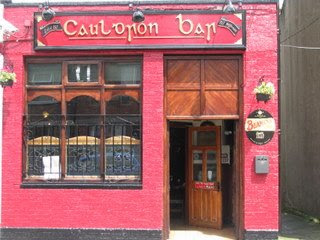 We crossed the river and found the Treaty Stone of Limerick (apparently the dudes who signed a treaty for some reason leaned up against the rock while signing...) 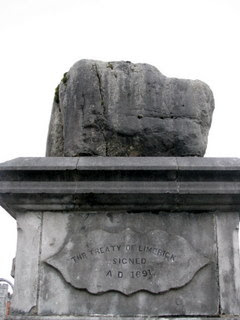 and after all this adventuring (and the major blisters that I'd developed) it was time for a refreshment stop. 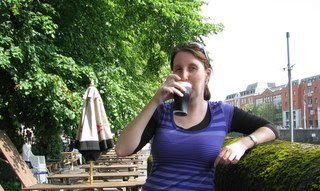 This was the second time I'd tried Guinness, the first being last night, and I must say, it's a delicious drop. Lorraine may scold me for only having a half pint, but it's the perfect amount! We meandered back to the hotel, planning to meet in a few hours to find a pub with some traditional music. Not looking forward to the journey home tomorrow!
Posted by Carly at 1:14 AM