Just another Saturday in the Cote

I'd passed a little store on the way to and from badminton quite a few times which looked interesting, so Nicole and I decided to stop in there for a bit of a look yesterday morning. It turned out to be a mecca for thongs (flip flops people!). I restrained myself to two pairs; one "abercrombie" pair (couldn't say no the moose!) and the cute lighthouse pair. Gotta love cheap thongs! 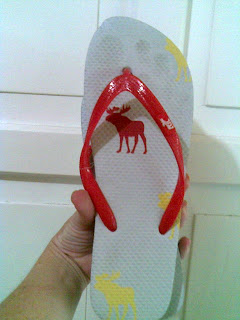 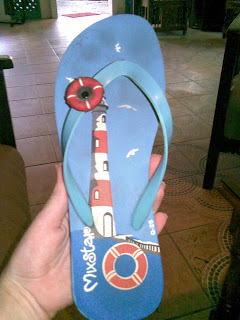 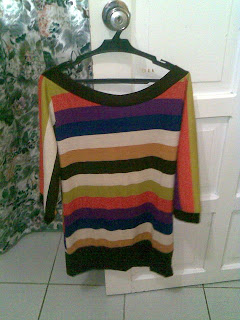 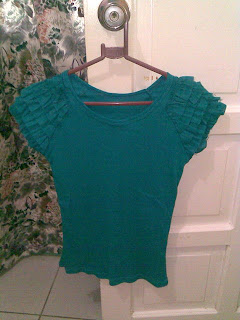 We then headed to a market area which looked deceivingly small from the road. But inside, it was basically all same same and we left empty handed. It was then onto the supermarket to load up on supplies. 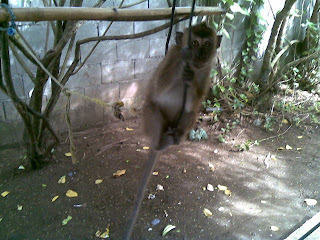 a pet monkey!! I wasn't keen on catching primate flu, or rabies for that matter, but my colleague Mike was game. 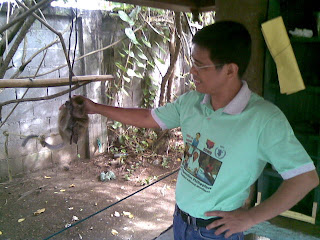 The meeting was interesting enough, but we were more than keen to get home to start our feast. Nic had a recipe for flat bread, so while we were waiting for the instant yeast to do its magic, I whipped up some hommus and baba ganush, got out some olives and fetta and fried up the chorizo we'd bought in Davao. Nic threw together a bit of a salad and poured a couple of cups of red wine and voila! 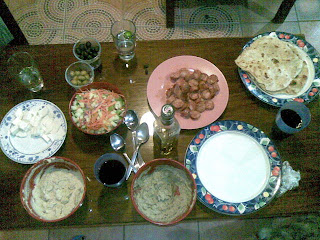 In the words of one of my Spanish teachers, Gustav, excellente...perfecto...EXTRAORDINARIO!!!
Posted by Carly at 3:59 PM