Just another day in the office

There are moments, hours, days when I just love my job. Today was a whole day of rewarding work and spectacular scenery. Well, it got off to a bit of a rough start (particularly the part where I had to get up at 5:20am!), with the municipal Mayor keeping us waiting for over an hour, and then proceeding to tell us that since only one truck of rice had arrived (which wasn't enough for the number of IDPs) that we should distribute to the Muslims first (he was a Christian). When I asked why, he said that the Muslims always complain and not only to him, but to the Governor as well, which is bad for him and that he doesn't like being complained about. 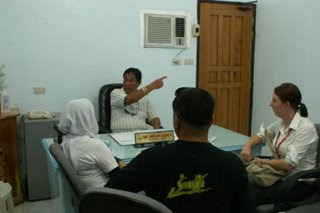 He then re-framed his answer to say the the Muslims were in the minority, so that's why they should go first. I felt like giving him a lesson on the issue of impartiality in aid, but held my tongue and made no such commitment.

Anyway, we set off on our journey in a small boat, through the loveliest blue water, and then as we moved into shallower waters around white sanded beaches, the colour turned to a perfect example of aqua marine. 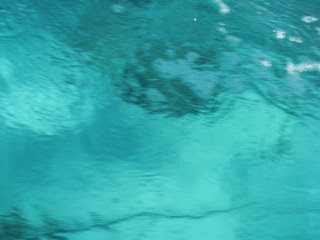 It was a very pleasurable hour spent on the boat, eating corn on the cob and marvelling at the view. 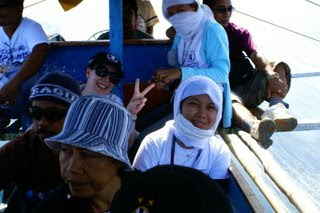 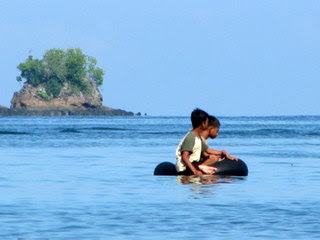 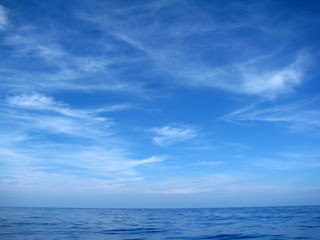 Once we reached the shore, we were whisked onto the backs of motorbikes. I've only ever been on the back of a few motorbikes and this was by far the most beautiful ride. 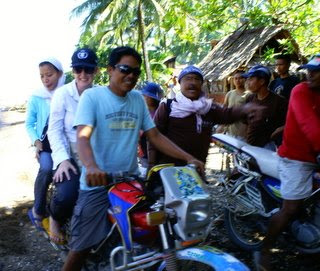 The distribution was the most well organised I've seen and everything just worked. After an incredible lunch which included sweet and sour lapu-lapu (red groper) and a delicious mango (yep, I thought I'd give it a go and I enjoyed it whole heartedly!) we had to say our goodbyes and get back on the bikes.

My colleague Hasna and I paddled in the water for a few minutes (it was so nice and warm and I was hugely disappointed we didn't have time for a swim!) 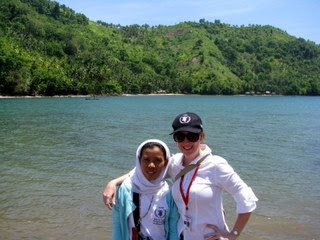 and were then called over as a group had gathered to meet me. Or see me rather. I'm used to being a bit of a celebrity on these types of field trips, but this was something else! I couldn't say how many people were there, but they'd prepared some snacks for us, which they relished watching me eat. Then I was told by one of the government workers with us, that they wanted to see my nose. Apparently, compared to them, I have a very small nose. Now that's the first time I've ever heard that! So they loved it when I took off my hat and showed them all my nose...yeah, random. 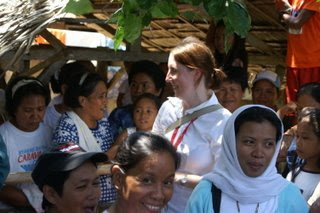 We took some photos with them, with people clambering over each other for the chance to touch my white skin, and then made our way back to the boat. 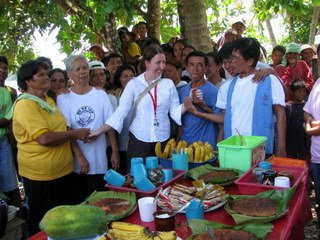 The ride back was just as mesmerising as the first trip, and it was a shame to have to get back in the car for the 4 hour trip back...2 hours 40 minutes on bad dirt roads, I think that's a new record!
Posted by Carly at 12:10 AM