There's an old adage that says, "what happens in Vegas, stays in Vegas" - and I'm going to abide by that...mostly because I'm ridiculously hungover and can't be bothered writing any details.

Last night, we got very glammed up (ok, I didn't actually wear my new reflective aviators out at night!) 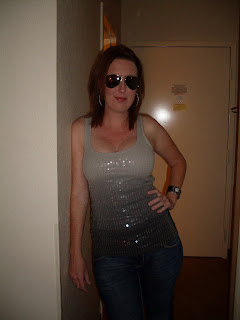 and went to the Palms Casino, home of the Playboy nightclub, which Adam had VIP passes to. Up on the 52nd floor, the view over Vegas was pretty spectacular, and it was pretty lush inside too. There was an adorable old woman (seriously, she had a walking stick) dancing the funky chicken or something to RnB music...classic. There was a wall with plaques for VIP members, George, Brad and Matt were all there, guess they must've rocked up there after the heist at the Bellagio in Ocean's 11!!

Vardy and Adam piked at about 2ish, Julie and I were keen to carry on Margueritaville, but unfortnately, and unbelievably, it was shut!! At 2am on a Wednesday night...what's up with that?! 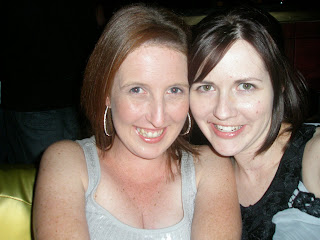 We eventually settled at one of the bars in the place we're staying and made some new friends...we were playing up our Aussie-ness for laughs, and laugh we did, all the way till 5:30am. We weren't laughing when the fire alarm went off around 11...

There have been some very fun times in Vegas: 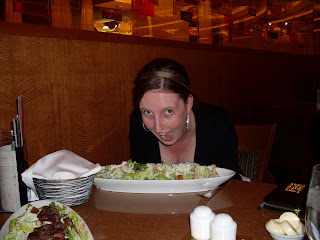 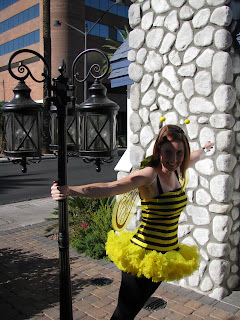 And just generally having an awesome time with Julz, Vardy and SLB.